Hmm, seems promising. I'm just going to go ahead and read the actual article assuming that it won't be maddeningly disappointing.


Annnnd let's just feed that through the CNN-to-English translator. . . 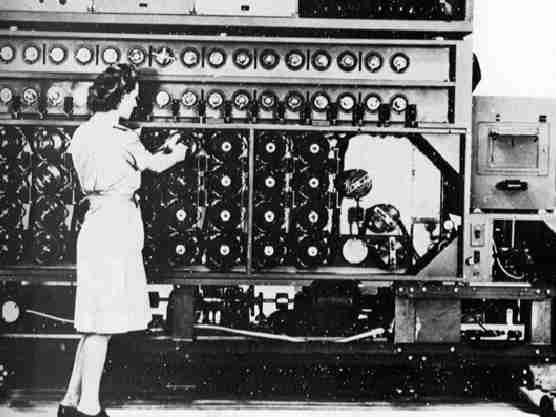 "President-elect Trump told a ridiculous lie today which we will just take at face value and not question at all."


. . . and sought to distance himself from it, even though many of the movement's leaders have sought to tether their political views to Trump's rise.

"The views of the racist, xenophobic, misogynist, homophobic leaders of the so-called "alt right" are inextricably intertwined with those of the president-elect, but we are incapable of admitting this obvious fact."


I don't want to energize the group, and I disavow the group," Trump told a group of New York Times reporters and columnists during a meeting at the newspaper's headquarters in New York.


That's it? "I disavow the group?" That's all you got? You know these are Nazis, right? If Nazis are supporting you, you don't hem and haw and then finally just toss out a half-heartd "oh, I disavow them."
This is like that episode of Seinfeld where Kramer says to Jerry, "c'mon, I'm begging you!" And Jerry says something like "you can't just say 'I'm begging you.' You have to actually BEG. Put some beg into it."
It's like saying "I apologize." That's not the same thing as actually apologizing. Apologizing is saying "I'm sorry." And  saying "I disavow" is not disavowing.
If you have a bunch of disgusting racists supporting you and you want to disavow them, you call a press conference, you step up to the podium and you say "I want nothing to do with these assholes, they do not represent me, I do not want their endorsements, I will not accept their endorsements, I find them extremely offensive, etc. etc. etc."

"It's not a group I want to energize, and if they are energized, I want to look into it and find out why," he added, according to one of the Times reporters in the room, Michael Grynbaum.


Find out why? Find out why? Yeah, this is really going to take some serious detective work. You might have to spend 5 minutes on Stormfront or Breitbart or any of the many neo-Nazi websites out there who will be happy to tell you how grateful they are to you for mainstreaming their hate messages. . Hell, just ask some of the "white nationalists" you've retweeted during the campaign.
Or, you could just ask your new "strategic advisor" or whatever Steve Bannon is.

Trump offered up the condemnation of the alt-right, a far-right political movement rife with white nationalist, anti-Semitic and racist ideologies, after The New York Times' executive editor Dean Baquet asked Trump if he feels he did things to energize the alt-right.


In English: 'We have no idea what the word "condemnation" means, but the Trump people are saying that's what he did and we see no reason to dispute or question that. Do you like us now, Mr. Trump? Please? Please like us!"

Trump's comments come days after Richard Spencer, a white supremacist and leading figure in the alt-right, delivered a racist and anti-Semitic address to a gathering of the group's members in which he declared, emphatically, "Hail Trump! Hail our people! Hail victory!"
Spencer's chants prompted some audience members to raise their right hand in an apparent Nazi salute.


Okay, first of all.,  it wasn't "hail." It was "Heil!" Which, to be fair, does mean "hail" in German, but certainly has a much darker connotation which CNN chooses to gloss over.
Second, the hand gesture was absolutely a Nazi salute. I do have to give CNN credit, though for stating outright that Spencer's address was "racist and anti-Semitic." Maybe if they'd had the spine to call a spade a spade a few months ago, we wouldn't be in this mess right now.

White supremacists have consistently expressed their support for Trump during the presidential campaign -- pointing in part to his hardline positions on immigration -- and critics contended that Trump was too slow to reject the support of those groups during his campaign.


"Critics contended?" "Too slow to reject?"  "During?" Can we translate this please?

"White supremacists have consistently expressed their support for Trump and he hasn't seemed to have any problem with this and the media has never really pressed him on it or held him accountable at all or really even made much of an issue about it so naturally, he wasn't in any hurry to reject the support of his base. And, in fact, he never actually has given any sort of full-throated rejection or condemnation of these racist groups,  he's always gotten away with a half-hearted winking dismissal and a reference to Hillary's e-mails."

Trump also took flak recently after he tapped his campaign CEO Steve Bannon to be one of his top two advisers in the White House. Bannon, the former executive chairman of Breitbart News, touted the website as "the platform for the alt-right." Bannon rejected the anti-Semitic and racist elements of the alt-right in an interview with the Wall Street Journal this week and declared himself an "economic nationalist."
Trump defended Bannon in his New York Times meeting, saying that he's known him for "a long time" and that the allegations of anti-Semitism and connections to the alt-right are "not him."
"If I thought he was racist, or 'alt-right' ... I wouldn't even think about hiring him," Trump said Tuesday.


Annnnnd. . . That's it. That's the end of the article. Trump hires Bannon. Bannon proudly proclaims his connections to the racist "alt-right." Trump says he's pretty sure that Bannon has nothing to do with the "alt-right" or racism. Annnnd. . . I guess we'll just have to leave it there? The President-elect's statement clearly contradicts the facts, but who are we to point this out? What are we supposed to sort truth from bs? Oh. We are? Uh-oh!


Posted by Professor Chaos at 6:20 PM 4 comments: Links to this post