This should have been a no-brainer.

So Tennessee State Rep. John Ray Clemmons had what seemed like a pretty simple idea. He thought "hey, let's just get it on the record that the state of Tennessee doesn't approve of neo-Nazis."

So he introduced a resolution that, after a few "whereas"-es, stated simply:


BE IT RESOLVED BY THE HOUSE OF REPRESENTATIVES OF THE ONE HUNDRED TENTH GENERAL ASSEMBLY OF THE STATE OF TENNESSEE, THE SENATE CONCURRING, that we strongly denounce and oppose the totalitarian impulses, violent  terrorism, xenophobic biases, and bigoted ideologies that are promoted by white nationalists and neo-Nazis. 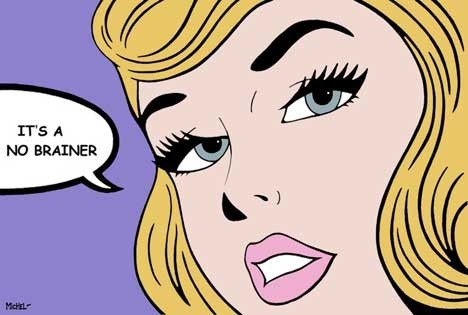 And it also said:

So this seems like the sort of thing that would be an automatic pro-forma kind of easy passing bill, because who doesn't want to condemn Nazis? And it's not like it's going to cost anything.

It took all of 36 seconds to be shot down by the House State Government Subcommittee last week. The single Democrat on the committee, state Rep. Darren Jernigan, made a motion to discuss Clemmons’s resolution. After none of the four Republicans on the committee would second the motion, the chair, Bill Sanderson, gaveled the resolution to oblivion and the committee moved on to other business. No second, no further consideration, no vote
Read more at https://wonkette.com/631438/tennessee-republicans-pretty-sure-nazi-lives-matter-too#2uz9hyoogYFbq4FF.99

Well, surely they must have had a good reason, right? There must be a logical rationale for NOT voting to condemn fucking NAZIS, right?


. . .  state Rep. Bob Ramsey explained to local teevee station WZTV that the language of the resolution itself was simply too vague:


Ramsey says he and his fellow legislators “condemn white supremacy and other hate groups.” The issue, is “we have no real definition for a white nationalist or neo-Nazi group.”
“We have no expertise on it,” Ramsey says. “How could we determine these groups are terrorists? We don’t know the federal guidelines on terrorism.”


What? How was that going to be an issue?
Werte they worried that some racist pricks were going to come to their offices and ask "does this resolution apply to my group? 'Cuz, see, we're like totally racist and all, but we're not actually Nazis. We hate Germans too. So, are we under your condemnation or not?" And then they were just going to be in suuuuuch an awkward situation, just stammering and stuttering like Jerry lewis "condemnaaaation! Of the racist type people with the hating and the marching and the - oh but not you, sir. No, you're a nice fella heh heh. . . please to not hurt meeee. . . with the hitting and the shouting and the kicking in my tuuuchus!"

Look, I get it. You're a Republican in 2018, you can't afford to alienate the neo-Nazi constituency. Shit, just look at Illinois' 3rd district. But just own it. Just come out and say, we need the Nazi vote. Don't be pathetic and pretend that condemning white supremacists is just too confusing. It's ridiculous.