The War on Christmas is So Gay!

Bill O’Reilly Blames Gays For The ‘War On Christmas’


Sure, Bill. The gays guys, they just hate Christmas! Nothing a gay  guy hates more than a holiday with music, bright lights, and colorful decorations!

Hmm, maybe you meant the lady gays? You know, the Gaydies? 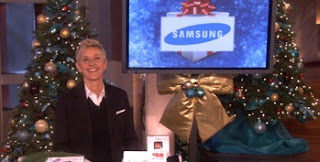 Noooo. . .  not them either. They seem to like Christmas too. So why would the gay folks be leading the made-up War on Christmas? Which, of course, is not at all real. Certainly not very, very real.

MCGUIRK: The war on Christmas is very, very real, and if you ask me, in addition to some grouchy misanthropic heathen atheists it has to do — at the root of it — with two things — abortion and the gay rights agenda, because Christianity is against those things. It’s subtle but that’s why it’s so pronounced in recent years.
O’REILLY: Hundred percent agree. I absolutely agree 100 percent that the diminishment of Christianity is the target and Christmas is the vehicle because the secularists know the opposition to their agenda (legalized drugs is in that as well) comes primarily from the Judeo-Christian traditionalist people.


Oh, sure. Now it makes sense! Because gay people like to get lots of abortions! You know, gay people, this probably isn't the best battle plan you could have chosen.


How does this work? "we'll get people to start saying "Happy Holidays, and  get the Manger scenes out of City Hall.  Soon people will forget about the whole baby Jesus part of Christmas other than when they hear about half of the Christmas songs or attend church services or see all the Jesusy decorations people put up on their front lawns. After a few decades, people will surely abandon their religion and we'll be free to take all the drugs and have all the hot gay sex we want!"

It might have been easier to let corporate America continue to wring all the religion out of Christmas in the name of profits and maybe concentrate on, oh I don't know, pointing out all the sexual abuse committed by clergymen? Maybe that might be an easier way to "diminish Christianity?" Or maybe you don't meet in secret cabals scheming up ways to destroy all that Bill O'Reilly holds sear. maybe you're busy living your lives, working your jobs, spending time with your friends or whatever. I don't know, I'm not some sort of expert. But whatever you're doing it's driving Bill-O crazy. Keep it up!