Oaky, the way I understand this, everyone laughed at Clint Eastwood's  argument with an empty chair. Some on the right were offended by this. So they organized a movement to stick up for the chair? Am I missing something?

The right rallied on Labor Day to celebrate “National Empty Chair Day,”  The action picked up steam on Twitter, where the hashtag #emptychairday began trending on Monday morning as users tweeted pictures of empty chairs in various poses.

Poses? How many poses are chairs really capable of? Let's see:

Obama has no plan for the country, except for the one we've been obstructing from day one!


I think he means that as an insult. I also think he's an idiot. Because who says someone is "just like Lincoln," then thinks "Zing! I sure told him!"?


Rosemary Castanza
still out there,,,,,,,,,,,, right by the road. I made the words SO they can understand better around here,I hope

Anyway, bak to the story. Okay, couple of things. First, everyone laughed at Clint Eastwood. Not just in NY or LA or DC.  The only two possible reactions to Eastwood's fiasco are to laugh or to pity him. Second, no one is more snotty and derisive as you. Third, Eastwood didn't resonate. Even if he had delivered his presentation with the timing of Jack Benny and the eloquence of Jack Kennedy, he was blaming Obama for not fixing Bush's economic mess fast enough and slamming him for supporting the Afghan War which Bush started and everyone but Barbara Lee voted for. It was pathetic.

As conservatives have pointed out on Twitter, AMC is capitalizing on this national conversation with a Monday marathon of Eastwood’s films.

I'm not sure what point that is supposed to make. AMC thinks they can get a little ratings bump by showing the films of an actor who has been in the news lately. So what? Maybe people want to be reminded of Eastwood pre-senility?  Is that supposed to indicate support for Eastwood's political stances?

Also big supporters of meth dealers and zombie hunters.
So, anyway, brace yourself for facebook posts, "Tweets" and e-mails from your crazy uncle featuring empty chairs. 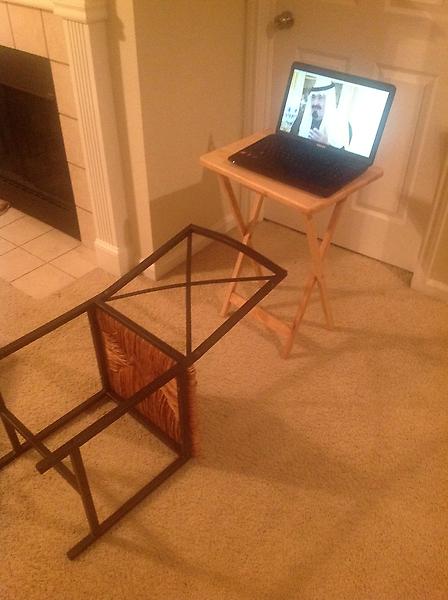 I can't put an empty chair in my yard. It's too busy bowing to foreign leaders. #EmptyChairDay pic.twitter.com/Na77S7a1
Read more: http://www.politico.com/news/stories/0912/80591_Page2.html#ixzz25YYNneTe﻿
﻿

Eric Cantor is apparently a bit confused as to what it is that Labor Day celebrates:

Today, we celebrate those who have taken a risk, worked hard, built a business and earned their own success.
— Eric Cantor (@GOPLeader) September 3, 2012

Or maybe he does understand and this was just meant as a little "eff yoo" to the working class, I don't know.

At any rate, let's have a look at "Eric Cantor's Holiay Guide!"

St Patrick's Day:
--A Celebration of the noble snakes of Ireland

Memorial Day:
--The day we pay tribute to those who survived war and lived to tell about it.

July 4:
--A celebration of our historical links to mother England.

Easter:
--Day of mourning for the death of Jesus.

Columbus Day:
--Anniversary of the founding of Ohio

Veterans' Day:
--The day we honor people with Tourette's syndrome

Groundhog Day:
--celebrates the invention of the BLT