As previously mentioned, I haven't been spending as much time on line lately as my psychiatrist might hope. So now that I have a chance to "surf" the "net," as the kids say, I can't help but notice what a lot of assholes there have been in the news lately. Could this guy look any creepier?
Sometimes you can judge a book by its cover.

You'd have to assume that anyone willingly taking on the defense of [allegedly] racist murdering thug George Zimmerman is going to be a pretty huge asshole, but holy fuck did he go above and beyond with this:

The defense attorney then tried to throw cold water on Fulton’s assertion that it was her son’s voice screaming on a 911 call the night he was shot and killed by Zimmerman.
“If it was your son, in fact, screaming as you testified, that would suggest that it was Mr. Zimmerman’s fault that led to his death,” O’Mara observed. “

Well, I didn't go to law school, but I'm pretty sure that murder is generally the fault of the murderer, isn't it?

“And if it was not your son screaming, if it was, in fact, George Zimmerman then you would have to accept the probability that it was Trayvon Martin that caused his own death, correct?”

You do realize that this is his mother you're asking, right? You're asking her to go along with your scenario in which somehow, despite all evidence, her son, who was minding his own business when a racist vigilante decided he looked suspicious enough to follow with a gun,  is somehow the instigator and responsible for the racist thug shooting him? His mother you're asking this. Holy fuck, are you a colossal asshole!

The asshole who originally called for a thousand armed lunatics to march on DC, then changed it to everyone march on your state capitol and demand that your state secede from the union, then gave up on that is ba-ack! Yes, he's back even though it seems pretty obvious that he's never going to actually do anything himself except try to get even stupider nuts riled up enough to do something tragic.
So, anyway, his latest publicity stunt was filming himself loading a shotgun in a park in DC a few blocks from the White House to protest tyranny, I guess? Because what better way to demonstrate the tyrannical nature of your government than to openly break the law within shouting distance of the seat of power, openly threaten the despotic regime and then totally not get arrested or killed or "disappeared" or suffer any sort of consequences at all, pretty much like what would have happened in the Soviet Union?

According to Wonkette,
While loading the shotgun, Kokesh delivers this inspiring message:

“We will not be silent. We will not obey. We will not allow our government to destroy our humanity. We are the final American Revolution. See you next Independence Day.”

Yeah, no. You are not the final Revolution or whatever. You are just an asshole.

Proving once again that the turd doesn't fall far from the ass, it's the son of Supreme Court buffoon Antonin Scalia, Father Paul Scalia

Ugh, can't you just feel the Scalia oozing off of him?


As you might expect, a Roman Catholic priest whose father is the worst kind of right-wing pseudo-intellectual hack has a real problem with the gay people. So much of a problem, that he seems to be building his career around his homophobia, as the Chairman of a group called "Courage International," and more about them soon!

But Father dipshit has come up with a brand new way to deal with the problem of how gay people are always going around making him feel all icky: Pretend they don't exist! Or at least don't exist by that name. or something. I don't know, he really spends a lot more time thinking about gayness than any not-gay person should. I think he spends more time thinking about gaiety than Dan Savage, Scott Thompson and RuPaul combined.


Check out this article he wrote for some stupid website wherein he purports to pursue "rational arguments" Damn, those arte some $5 fucking words!

For Those Who Believe in Rational Argument: In Memoriam John Harvey OSFS

In this regard we must note the unfortunate title The Homosexual Person.  In short, we should not predicate “homosexual” of any person.


I'm not sure that that's really a sentence, I couldn't find any definition of "predicate" that would make that make sense, but from what I can tell, he means that we should not call any person a "homosexual person." Why? Well. . .

That does a disservice to the dignity of the human person by collapsing personhood into sexual inclinations.

Yeah, I'm not sure that it does, but okay. If you want to say that a person is not defined solely by his or her sexuality, that's obviously true. But that sounds like something a sane person would say, so I'm pretty sure that's not what you were getting at.

Let's go back to the beginning of his article:

Consider how swiftly American society has changed as regards homosexuality.

If by swiftly you mean it's taken us some 200-odd years to get to the point that a significant percentage of Americans are acknowledging the obvious fact that gay people are just people, then yeah, boy howdy is that swift!
Although I woul dpoint out that the idea of gay people being treated as equal citizens is still somehow "controversial" in the 21st fucking Century, and that might be more indicative of the snail's pace of America's societal progress, but sure, let's go with "swiftly!"

The “Stonewall riots,” the touchstone and unofficial beginning of the gay rights movement, occurred in June 1969. Since then, the demands from the gay community have progressed from simple tolerance, to acceptance, to the right to marry, to now the silencing of any opposition as bigoted and “homophobic.” 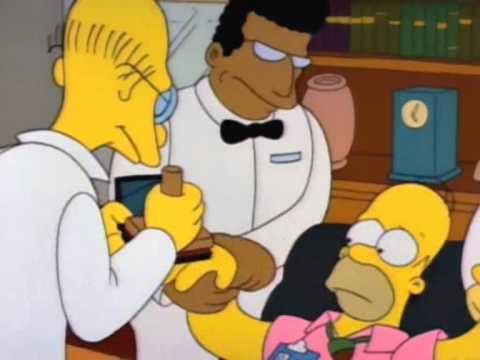 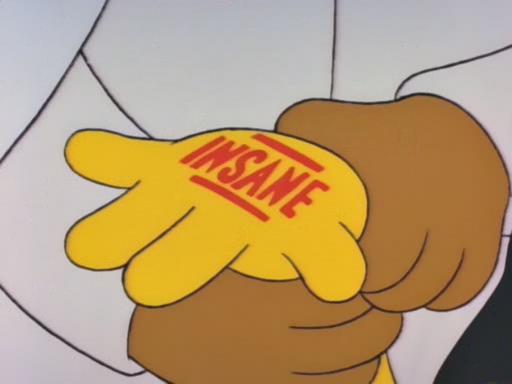 Oh, and here we go! You seemed almost rational for a minute, there. yes, gay people would like to be accepted and have the same marital rights as heteros, that much seems to be true, but then you rev up the paranoid victim wagon and speed on down to the parallel universe in which it's the homophobes who are having their rights trampled.

Why do you guys always have to pretend that someone is "silencing" you whenever you encounter any criticism? If you say something bigoted and I point out that what you said was bigoted, I'm snot "silencing" you. I have no authority to silence you and neither does anyone else. I wish you'd be silent. I would love it if bigots had the sense of shame to remain silent, and I'm guessing that I'm hardly alone in that, but telling you to shut your fat ugly hate-hole is not the same thing as silencing you. If I ever got the chance to meet you face to face and tell you to your ugly hateful pig-face to shut your ignorant yap, I have no doubt that you would continue on spouting hateful bigotry and nonsense.

In this radical transformation of society, one of the greatest casualties is the individual who experiences homosexual attractions but who desires to live chastity.

I would have thought that he meant to write "live chastely," but he uses the same weird phrasing later on: " In 1980 he founded Courage, the Catholic spiritual support group to help men and women with same-sex attractions live chastity." So I guess that's some sort of weird ecclesiastical way of saying "live a life of chastity" or something, I don't know.  But anyway. . .

. . . one of the greatest casualties is the individual who experiences homosexual attractions but who desires to live chastity. He finds, on one hand, the homosexual community encouraging him to live out his sexual desires, to claim his gay identity, to embrace the lifestyle, and so on.


Worse, even some in the Church will encourage him to do so. Unfortunately, among those to whom he turns for help, he may find insensitivity, ignorance, misunderstanding, or simply an unwillingness to help.

Yeah, that's from people like you. Insensitivity, ignorance, misunderstanding, an unwillingness to help, that's exactly what people like you have to offer.

Father Scalia also objects, for his own bizarre reasons, to the use of the term "sexual orientation.

Father Harvey’s use of the term “orientation” also underwent a deserved change. In his first two books we find the use of this word to describe homosexual inclinations or attractions. In the last book, however, he deliberately avoids it. This reflects the increased appreciation for the fact that homosexual tendencies (to use a term from magisterial documents), do not constitute a fixed, unchangeable aspect of the person and therefore should not be considered an “orientation.”

Even though no one has ever changed their sexual orientation, excuse me, "inclinations," no matter how much praying away of the gay or "reparative therapy" they engaged in, sure, obviously sexuality is unfixed and changeable. Oh, but wait. It gets weirder!

Further, the term does violence to a proper understanding of human sexuality. Either our sexuality is oriented in a certain direction (i.e. toward the one-flesh union of marriage), or it is not. We cannot speak of more than one sexual “orientation” any more than we can think of the sun rising in more than one place (i.e. the orient).

So there is only one orientation? I really don't understand the logic here, and I guess I'm glad I don't. But here's what I do understand. Paul Scalia is an enormous asshole. I haven't seen an asshole this big since that scene in Pink Flamingos that I wish I could un-see.