I don't know why these fundamentalists are so obsessed with sex, but you'd think sex-obsessed people would be a lot less creepy talking about it.

And that's not even the creepy part. That's just the horribly offensive part.

The first thing to know about your penis is, that despite the way it may see, it is not your penis. Ultimately, God created you and it is his penis. You are simply borrowing it for a while.

Hmm, shouldn't it be a lot more impressive then?


While His penis is on loan you must admit that it is sort of just hanging out there very lonely as if it needed a home, sort of like a man wondering the streets looking for a house to live in.


Um, if it's just "hanging out there" you need to put on some goddamm pants, you pervert!

Knowing that His penis would need a home, God created a woman to be your wife and when you marry her and look down you will notice that your wife is shaped differently than you and makes a very nice home.


Because, prior to marriage, you would have no reason to suspect that women might be built differently "down there."
I wonder how long most fellas are married before they notice that "hey, my wife has a thingy down there and I'll just bet you that my peener might fit in there!"

Huh! Would ya look at that?

Therefore, if you are single you must remember that your penis is homeless and needs a home. But, though you may believe your hand is shaped like a home, it is not.

Um, you know hands are pretty flexible, right? You know that they can be configured into any number of shapes, right? 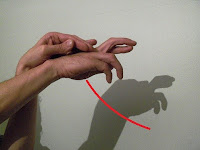 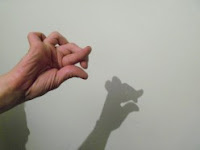 "Penis house" is actually one of the easier configurations.

So simple, even a dolt can do it!

And, though women other than your wife may look like a home, to rest there would be breaking into another man’s home.

I thought you were going to say that cheating on your wife is a shitty thing to do, but WHAT? You shouldn't sleep with another woman because she is, what, the property of another man? And, if you look at a man it is quite obvious that what a homeless man does not need is another man without a home.


No, they have homes. you just have to know where to look.

Paul tells us that your penis actually belongs to your wife, and once you are married she will trade you it for her home (I Corinthians 7:4), and every man knows this is a very good trade for him to make.

Her "home?" Can you just say the word "vagina" at least?
This might be slightly less creepy if you didn't sound like a 9-yeqr-old boy with a vague idea of how sex works.

Posted by Professor Chaos at 5:15 PM 5 comments: Links to this post