There is no Low to which They Will not Sink

So the Romney Campaign saw the news from Libya and thought "hey, a man was murdered, what a great chance to score a cheap political point."
And most people were understandably disgusted.


"First of all, apologizing to all people, [to] a lot of countries who are enemies, and apologizing to them and everything," Akin said during a campaign stop in Kansas City, according to KMBC. "You know, if we did something wrong that's one thing, but he's just apologizing because he didn't like America? I think that's the wrong thing to do."

Is it even worth mentioning that Barack Obama never apologized for the US?

– LIZ CHENEY: “Apologizing for America, appeasing our enemies, abandoning our allies and slashing our military are the hallmarks of Mr. Obama’s foreign policy.” [Romney Press Release, 9/12/2012]


Of course, not to be outdone in the field of despicability, Sarah Palin had to chime in:

The Islamic radicals claim that these attacks are in protest to some film criticizing Islam. In response to this, the U.S. embassy in Cairo issued a statement that was so outrageous many of us thought it must be a satire. The embassy actually apologized to the violent mob attacking us,


But where is the president’s statement about this? These countries represent his much touted “Arab Spring.” How’s that Arab Spring working out for us now?


Wow, where to begin? First, the "Arab Spring" is not "his." The Arab Spring belongs to the Arabs. It seems to have arisen organically from the grass roots, you know, like the Tea Party pretends to have done.

And I don't remember you having any objections when G W Bush claimed that his invasion of Iraq would spread Democracy throughout the Middle East.

And where is the President's statement? Right here: http://blogs.wsj.com/washwire/2012/09/12/obamas-statement-on-libya-attack/

I would think you might have seen that in the newspaper since you read, you know, all of them.


How’s that Arab Spring working out for us now? Have we received an apology yet from our “friends” in the Muslim Brotherhood for the assault on our embassy?

It’s about time our president stood up for America and condemned these Islamic extremists.


Yes, if only he had said something like "I strongly condemn the outrageous attack on our diplomatic facility in Benghazi, which took the lives of four Americans, including Ambassador Chris Stevens."

I realize there must be a lot on his mind these days – what with our economy’s abysmal jobless numbers and Moody’s new warning about yet another downgrade to our nation’s credit rating due to the current administration’s failure to come up with a credible deficit reduction plan.


Okay, that's another lie. Moody's doesn't give a shit about deficit reduction. They are concerned with the Republican leadership's eagerness to hold the debt ceiling hostage once again.

These people really just have no qualms about telling the most baldfaced lies.

And, of course, he has a busy schedule – with all those rounds of golf, softball interviews with the “Pimp with the Limp,” and fundraising dinners with his corporate cronies.


Okay, I didn't know what the pimp-with-a-limp reference was either. Apparently, he's a Florida DJ with whom Barack Obama did a 10-minute phone interview. Really, Mr. President, you're better than that. You should not be participating in the glorification of the term "pimp." A pimp is the absolute lowest form of life, a man who makes his living off of the misery and exploitation of others. It is absolutely disgusting that the word "pimp" is ever used in a positive way, as a slang term for "stud" or whatever. You should not have gone on that program. But at least it's better than FOX.
Also, since when do socialists have corporate cronies? Pick one slanderous mischaracterization and stick with it, please. 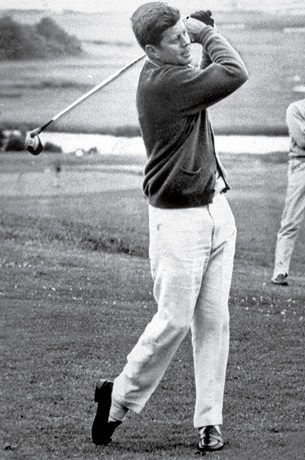 America can’t afford any more “leading from behind” in such a dangerous world. We already know that President Obama likes to “speak softly” to our enemies. If he doesn’t have a “big stick” to carry, maybe it’s time for him to grow one.- Sarah Palin


And Rick Santorum piled on:

What Mitt Romney said is absolutely true. Now President Obama and the State Department did not stand up for the values of this country, showed weakness again, showed that we are going to cower to these radical Islamic terrorists

Former U.S. ambassador to the United Nations John Bolton tells Right Turn:”The perception of American weakness that provided the foundation for these attacks is largely because of Obama administration mistakes and lack of resolve

There really is no low to which these righties will not sink.
Posted by Professor Chaos at 9:41 PM 1 comment: Links to this post