Somehow, we survived the Cold War.

We made it through the Cuban Missile Crisis.

We made it through Korea and Vietnam. We got through Nicaragua, Afghanistan, and who knows how many proxy wars.

We made it through the paranoia of the Red Scares and the belligerence of the Reagan years.

Somehow, we made it all the way up to the demise of the Soviet Union without launching World War III against the Russians.

But now, there are a bunch of Republicans saying it's not too late!

It started with Benghazi. When you kill Americans and nobody pays a price, you invite this type of aggression. #Ukraine

Senator Bob Corker        ✔ @SenBobCorker Follow
Russian gov has felt free to intervene militarily in #Ukraine because U.S. has failed to make clear there would be serious consequences

Why do they want so very badly to ratchet up tensions with Russia? It's sort of odd considering the huge crushes they all seem to have on Vladimir Putin. 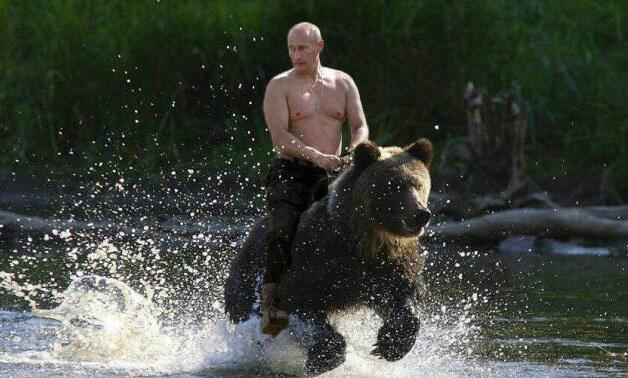 Or is it just another excuse to bash Obama?

Senator Lindsey Graham (R-SC) has characterized President Obama’s response to Russia’s invasion of Ukraine as “weak and indecisive”, and has said that by not taking a tougher line against Vladimir Putin, the president was “inviting aggression.

South Carolina Republican Sen. Lindsey Graham told CNN on Sunday that Obama should “stop going on television and trying to threaten thugs and dictators.” Graham added that “Every time the president goes on national television and threatens Putin or anyone like Putin, everybody’s eyes roll, including mine. We have a weak and indecisive president that invites aggression.”

Putin is one of many world leaders, Palin said, who are “finally taking advantage” of the Obama administration’s weakness.


But see, here's the thing. If you really think that Putin is doing bad things because of some supposed perception of weakness on Obama's part, aren't you making things worse by going on TV and the interwebs and calling him weak? Aren't you contributing to this alleged perception?

Oh, that's right, you don't actually care about Russia, or Ukraine, or even our own national security. You only care about trying to stick it to the black guy in the White House.
a
Posted by Professor Chaos at 6:12 PM 3 comments: