The World's Happiest (And Saddest) Countries

So, who is the world's happiest country? 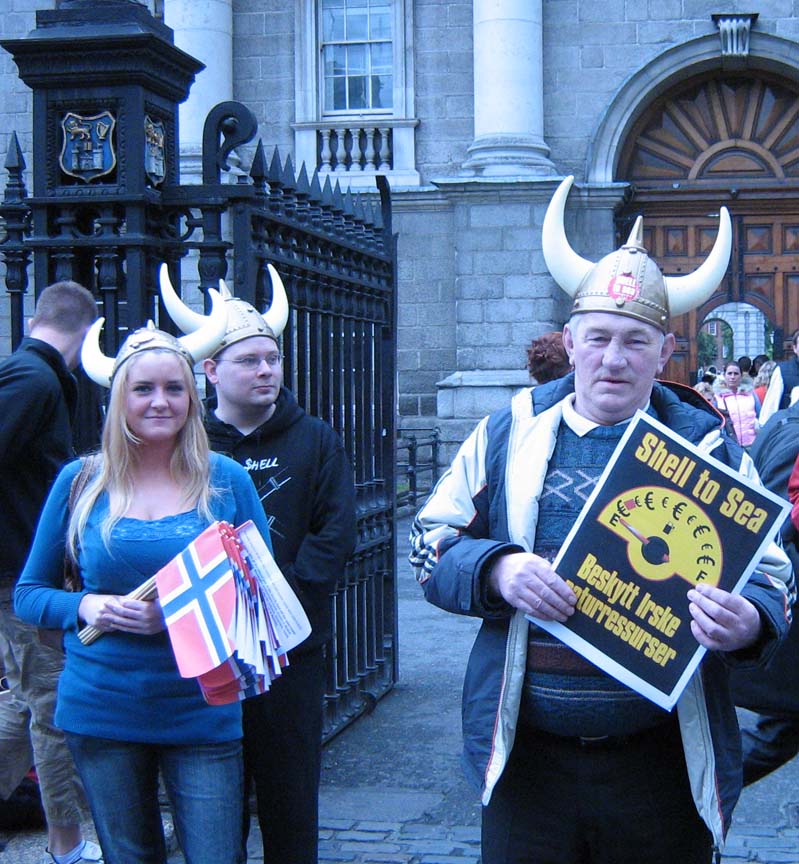 What’s it got that the rest of the world doesn’t? For one thing, a stunning per capita GDP of $54,000 a year. Norwegians have the second-highest level of satisfaction with their standards of living: 95% say they are satisfied with the freedom to choose the direction of their lives; an unparalleled 74% say other people can be trusted.

And this. They also have this.
But, wait. Aren't they godless pinkos? How can they possibly be happy?

Cynics say Norway’s ranking is a fluke, that it’s a boring, godless (just 13% go to church), homogeneous place to live, with a massive welfare state bankrolled by high taxes. Without massive offshore reserves of oil and gas that it exports to the world through state-controlled Statoil, Norway’s GDP would be far smaller.

A fluke. Three years in a row? Is it maybe possible, just possible, that maybe the Norwegians like having a massive welfare state? No, that couldn't possibly be! And maybe not having to get up early on Sunday mornings isn't really considered a negative there?
Also, their GDP would be smaller without oil and gas reserves? So would ours, genius! It's like complaining that the Packers would never have won the Superbowl if they didn't have all those good players. So who are these "cynics" who say that Norway's ranking is a fluke? Forbes helpfully doesn't say.

He looks pretty cynical.
So what are the world's other most happy countries?

Lazy kangaroo, always looking for a handout.
# 2: Denmark
About which Forbes has this to say: "The tiny country ranks first in entrepreneurship and opportunity, based on high levels of social equality," which sounds suspiciously Marxy-Leniny.
And #1: as previously mentioned, Norway.

So, where are all the free-market, small-government paradises on this list?
Posted by Professor Chaos at 7:57 PM No comments: Links to this post