Somehow, we've gotten to the point where public figures seem to be engaged in a competition to see who can say the most disgusting thing. In a sane society, the only two possible responses to people like Ted Nugent or Micheal Savage would be a) "Oh, that poor man has clearly lost his mind. He should be institutionalized." or b) "Let us all shun this vile bag of ass and drive him from our society. Let him spend his days wandering from town to town being pelted with scorn and contempt."
But of course, this is no longer a sane society so these people are given a forum to spew their filth and then treated with respect by prominent political figures. 
How dare you?
Have you really no shame?
Not the tiniest shred of human decency?
You're going to use the tragedy of veteran suicides as an opportunity to score some cheap political, um, I was going to say "point," but there really isn't even any point being made. It's just a cheap shabby insult made using the suicides of men whose service to their nation left them damaged to the point of despair as the set-up for your shameful punchline.

There are any number of reasons that people commit suicide. And for returning veterans, there are all the reasons the rest of the population has compounded with PTSD, serious brain injuries, having seen unspeakable horrors, survivor's guilt, etc etc etc. But no one has ever committed suicide because of who is the President. That's just fucking stupid. And it's disgraceful, indecent and beneath contempt.

Also, it's a fucking lie. No veterans are coming to you, washed-up 70's musician Ted Nugent, and explaining to you the reasons why they are planning on committing suicide. If they were, and you weren't preventing it, you would be an even worse scumbag than you already are. And that hardly seems possible.

Micheal Savage said this on the public airwaves recently:

“The white man is a quiet man and a peaceful man,” Savage said, “and right now the white man is very, very quiet, and very, very peaceful, and like many dictators before him, Barack Obama thinks the white man will remain quiet and subdued forever. Hitler made that mistake; Hitler boasted that his supermen, his Hitler Youth, would easily wipe the floor with the GI Joes that were being sent over…. But it was the white man who defeated Superman in World War II. Let me tell you something else, you push the white man only so far, you’re going to have a reaction like you’ve never seen.”

Jeezus, didn't these people used to at least try to veil their racism? Also, if you're going to assume the mantle of white supremacy, which you clearly are, it doesn't make a lot of sense to compare the other guy to Adolph Fucking Hitler.

And you're really going to pretend that Hitler's Ubermenschen weren't  also white men? White men get the credit for defeating the Nazis, but somehow don't get the blame for BEING the Nazis?

And when has the white man ever been quiet and peaceful?
When he was colonizing Asia and Africa?
When he was forging a new nation built on the twin evils of slavery and genocide?
Maybe when he was shooting up a college town because girls didn't want to date him?

Maybe when the continent of Europe was soaked in blood for a couple centuries because various groups of whire men couldn't agree on which version of Jesus to follow?

Or maybe it was when he murdered several million Jews, Roma, and anyone else who didn't fit his image of what a perfect white man should be? 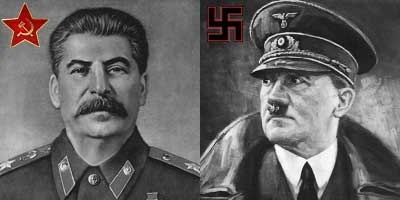 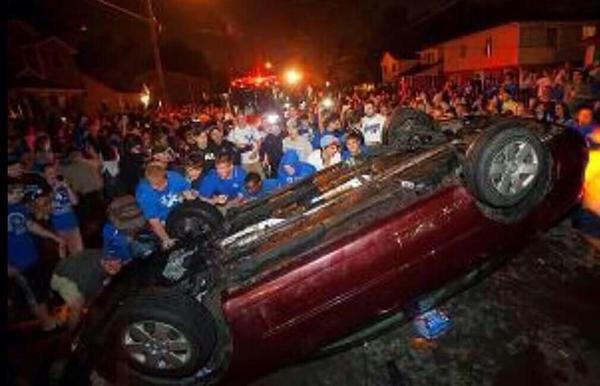 Or they encounter an unarmed black teenager.

Posted by Professor Chaos at 7:34 PM 5 comments: Links to this post