The revolution starts to devour its own.

and "revolutions" based on cutting welfare

but this teabagger revolution is a whole new breed of nuts.
Previous conservative movements were led by people may have been senile

but they weren't just baboon-ass crazy.

So, it seemed inevitable that the teabagging revolutionaries would start turning on each other like Robespierre on Danton sooner rather than later.

And now it begins. The teabaggers have already begun attacking their erstwhile poster boy Scott Brown. just check out some of these comments from BrownBrigade.com, a website created to promote Brown's candidacy:

A vote for more stimulus? Are you kidding? What a joke!

Sir, you will have a very short career in the Senate!

Brian, you are so right! He is a traitor and it took only 3 weeks to show his true vision of being the "voice of the people". What a shame...

Yes. He has already shown that he is just another pure politician with no values or beliefs. First supporting the old crony John McCain and now supporting more fraudulent stimulus.

After three weeks and contradicted one of the very basics he ran on and you expect us to call it a compromise? He sold out. He sold out quick, he sold out cheap and after selling out he has no intention of looking back.

Because everyone knows that building highways doesn't put average Americans back to work. Just those fancy-schmancy high-brow highway doctors and computer robot scientists.

And the cause of their vitriol? Scott Brown turned out to not be totally insane. Scott Brown figured that maybe jobs for people might be a good idea. Breal out the tar and feathers!

Next, they turned on the high priest of crazy dickishness, Glenn Beck himself!

Egads! Beck had a moment of heresy in which he thought "Gee, maybe every legitimate scientist in the world isn't stupid. Maybe the world is getting warmer."

While polls show more people drifting away from acceptance of "global warming," the newest superstar among conservatives – Glenn Beck – is embracing it, according to an interview story in a leading national Sunday-newspaper magazine.

"You'd be an idiot not to notice the temperature change," he says.

He also thinks it could be caused partly by man's activity.

Beck also reveals he's no fan of Ronald Reagan
whom he blames for driving up the deficits.

Of course, that's not what Beck really said, WingNut Daily just kinda gets it backwards.

"Republicans sold the American people out," Beck says. "I've always said I was a Reagan-style conservative. But I don't think Reagan was a real Republican. He just maintained some shared values."

So, he seems to be saying that he likes Reagan, but doesn't care for the republican Party in general. WingNut Daily interprets this as saying he doesn't like Reagan. I guess to them, saying "he's not a real Republican" is the greatest insult.

Then CPAC happened. And the CPACers took their annual straw poll, and Ron Paul came out in first. Now the teabaggers should love the ant-government, pro gun, anti-fed, pro-conspiracy theory ron Paul, but for some reason, a lot of wingnuts are distancing themselves from him. (probably due to his opposition to the Iraq invasion and his desire to close US military bases in foreign countries. You know, reducing government spending, smaller government and all that)

Ron Paul has won the CPAC straw Presidential vote with 31 percent of the total. This is dismaying, to the extent one takes it seriously. Ron Paul is the crazy uncle in the Republican Party's attic 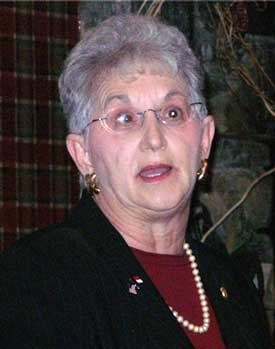 Oh, yeah. The Teabaggers are starting to destroy their own idols. This could be fun to watch.

Okay, that's what I thought. Thanks.

Posted by Professor Chaos at 5:08 PM No comments: Links to this post