Okay, this is just weird.
I mean, I know Maureen Dowd is a terrible hack who will come up with any reason to say something shitty about Hillary Clinton, but this is just bizarre: 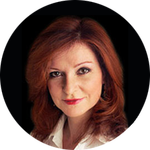 Man, I must really not have been paying attention in '08!

Matthew Dowd, the former W. strategist who became an independent, says Hillary got it backward: She should have run as a woman in 2008,

Yeah, I thought the false mustache and Laurie Anderson voice modulator were a huuuge mistake!

Just because Carrie Brownstein can pull it off doesn't mean you can!

Matthew Dowd, the former W. strategist who became an independent, says Hillary got it backward: She should have run as a woman in 2008, when she was beating back a feminized antiwar candidate.

Only in the world where a W. strategist is seen as someone from whom to seek advice would being against an illegal, immoral, ill-conceived invasion and occupation of a foreign nation be seen as being "feminized." ("Feminized," of course, in this context meaning weak, delicate, ineffectual, etc.) And she should have run as a man this time, when Americans feel beleaguered and scared and yearn for something “big and masculine and strong,” as Dowd put it.

Except it's only the FOX/Limbaugh crowd who feel beleaguered and scared and want "something [sic] big and masculine and strong." The rest of us aren't afraid that ISIS is going to come kill us in our beds, or that Putin is going to invade Alaska, or that gay couples are going to force us to bake wedding cakes, or whatever. Those of us in the sane world know that the biggest threat we face is from the beleaguered and scared folks who have loaded themselves up with military-grade assault weapons and John McClane fantasies.

We aren't looking for a strongman to ride in shirtless on a white horse and take charge of everything so we feel safe. We just want someone to pass sensible gun-control legislation and that someone could be a man, a woman, strong, weak -- heck we'd take FDR in a wheelchair any day! 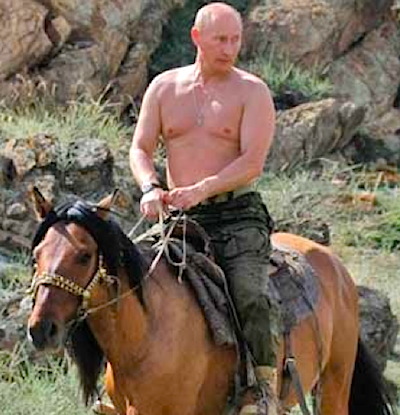 Are you sure? 'Cuz it's no problem. I could be there in. . . No? Well, if you change your mind, just have Sarah Palin holler across the Bering Strait at me.

“I just think women in general are better listeners, are more collegial, more open to new ideas and how to make things work in a way that looks for win-win outcomes,” Hillary said.

Of course, if she had been a better listener on her health care initiative and the Iraq invasion, those two towering issues might not have scuppered her.

Well, a) she could have listened til her ears fell off about healthcare, the Republicans and the insurance industry weren't going to allow any reforms, not even the weak sauce she proposed. and b) She did listen about the Iraq invasion. Why do you think she voted for it? Do you really think she's stupid/gullible enough that she believed the Bush administration's obvious lies about WMDs and Iraqi-sponsored terrorism? No, she voted for the invasion, because she listened to the pollsters  and heard that a majority supported the invasion and she didn't want to risk  taking an unpopular stand on the off chance that it would turn out to be wrong. She could afford to be on the wrong side of history as long as most of her colleagues were too, but she couldn't chance being the only one who got it wrong.

Honestly, though it's 2016. Does anyone still think that gender is a relevant factor when it comes to qualifications for holding office?

. . . we may want to look at it a different way.
It may be more relevant to ask if someone is a cat or a dog. 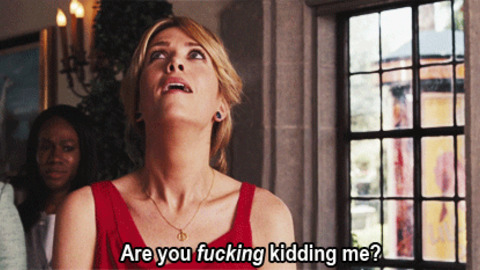 All right, go ahead. How are the candidates like cats and/or dogs?

The feline Barack Obama began his aloof reign wanting to prowl alone on the stage and he’s ending it the same way.

Oh my God. Seriously? Has there ever been a President more eager to please than Barack Obama? Have you ever seen anyone bend over backwards the way this President has to try to get someone, anyone from the opposition to please work with him? Just a little? It was honestly pretty pitiable, watching him grovel to Olympia Snowe and Susan Collins begging them to please sign on to helping sick people see doctors so that he could call it bi-partisan and his party wouldn't be able to take sole credit.
Now, in the waning days of his presidency, he'd showing a willingness to go it alone if need be, but it's obviously not his preference.

The hyper-rational President Obama, who disdains easy emotion in politics, has had a hard time offering comfort or capturing the public mood at moments when people don’t feel safe, from the Christmas underwear bomber to the BP oil spill to the rise of ISIS.

Jeezus, one freakin' week ago you people were all mocking him for tearing up while talking about Sandy Hook. Now he's Mr. Spock?
And, I'm not sure people were all that scared about any of the three things you mentioned. We all laughed out loud at the very idea of the underwear bomber. (Although it really was deadly serious, people could have been killed, but come on. An UNDERWEAR bomber?)
No one thought that the BP oil spill was coming to get us. We knew that the gulf shore fisheries were fucked, we knew that the beaches were fucked, but the damage was done by the time we heard about it. There really wasn't anything to fear.
And most Americans have no real fear of ISIS, a group whose very name tells you that their designs are on Iraq and Syria, not Kansas and Nebraska.

The author of the forthcoming “Security Mom” warned Democratic senators to take Americans’ unease seriously when she spoke at the senators’ retreat at Nationals Park last week.
“Otherwise,” she said, “the Republican paranoia, the craziness and hysteria of ‘It’s the Muslims’ and ‘Just keep them out,’ fills the vacuum.”

So, the President should shout "the sky is falling!" because otherwise, people will listen to the Republicans who are shouting "the sky is falling?"  Sure that makes sense. That's the kind of sage advice you'd expect from someone who is writing a book about an imaginary demographic. Can't wait to see the follow-ups on NASCAR dads and soccer moms!

You can paint the fear of ISIS as overblown and irrational, as Obama suggested to columnists at the White House and in his State of the Union speech, but that’s the wrong approach, Kayyem said.
“You can say someone is more likely to die in a car this weekend than from a terrorist attack,” she said. “But people are feeling it and you can’t ignore that fear.”

Yeah, that's not ignoring the fear. When daddy says to his son "look, there are no monsters in the closet," that's not ignoring the son's fear. It's assuaging it. Explaining to people how extremely unlikely it is that they will ever be the victim of a terrorist attack is not ignoring people's fears. It's an attempt to take those fears away. The fact that many people will not think rationally about a subject like terrorism doesn't mean that one should pander to their basest instincts and suggest, as some have "carpet-bombing" the Middle east, making the sand glow in the dark, or murdering the wives and children of suspected terrorists. That's like firing a gun into Junior's closet and saying "well, whatever monsters were in there, they're dead now! Sleep tight."

Okay, sure. But W. was wrong about everything. Shouldn't that matter at all?
And Trump isn't  leading with his gut. He's centered about 10-12 inches south of the gut.

Both Hillary and Trump have been emphasizing that they will do a lot more schmoozing with lawmakers and others who disagree with them, vowing to be dogs with a bone, eager canines offering paws, and not a cool cat stalking away at the first sign of difficulty or when affection is most desired.

Jeezus Christ, that metaphor is so tortured it just gave John Yoo a chubby!

Being like "a dog with a bone" means being intensely stubborn, unwilling to give in, kind of the opposite of offering a friendly paw-shake or whatever.

At a town hall talk in Iowa on Friday, Trump made it clear that he would not be as scornful of wheeling, dealing and wheedling as Obama.

Um, Obama negotiated a nuke deal with a country who considers us "the Great Satan." He just got a dozen sailors released unharmed. He got Bowe Berghdahl out (which immediately caused the right to spin 180 degrees and label Bergdahl a "traitor.") He's hardly scornful of dealing. The above  sentence should read:
"At a town hall talk in Iowa on Friday, Trump made it clear that he would not be as scornful of wheeling, dealing and wheedling as Obama. Trump was, of  course, talking out of his ass and his comments have no basis in reality."
But that would require a decent columnist with a senae of right and wrong. Not Maureen Dowd.

Posted by Professor Chaos at 8:59 PM 3 comments: Links to this post