Can we just go ahead and arrest Bryan Fischer now?


Because he's trying to encourage people to kidnap children.

Why we need an Underground Railroad to deliver innocent children from same-sex households: http://www.thepublicdiscourse.com/2012/08/6065


The article he references is a confessional from a young man who claims to have grown up in a household with a loving mother and her mother's lover. And oh, the horror:

To most outside observers, I was a well-raised, high-achieving child, finishing high school with straight A’s.
Inside, however, I was confused. When your home life is so drastically different from everyone around you, in a fundamental way striking at basic physical relations, you grow up weird. I have no mental health disorders or biological conditions. I just grew up in a house so unusual that I was destined to exist as a social outcast.


So, because this teenage boy felt "weird" growing up, we should go around kidnapping children? I felt weird growing up, I'm glad no one kidnapped me. I think if you were going to kidnap every kid who grows up feeling "weird," you'd have to kidnap almost every adolescent in America. 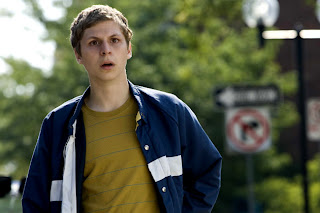 Quick, get the van!

My peers learned all the unwritten rules of decorum and body language in their homes; they understood what was appropriate to say in certain settings and what wasn’t; they learned both traditionally masculine and traditionally feminine social mechanisms.


Can you imagine? Growing up without learning the unwritten rules of decorum? And of body language? These children must be saved! Damn the laws against kidnapping!

Even if my peers’ parents were divorced, and many of them were, they still grew up seeing male and female social models. They learned, typically, how to be bold and unflinching from male figures and how to write thank-you cards and be sensitive from female figures.


So, not only must there be both a male and a female parent, they must both be total stereotypes? By the way, if you want to learn how to be "bold and unflinching," you should start by studying the lesbians! These are stereotypes, of course, but stereotypes come in handy when you inevitably leave the safety of your lesbian mom’s trailer and have to work and survive in a world where everybody thinks in stereotypical terms, even gays.

Stereotypes come in handy? In what world? What, if you have a problem with your computer, do you just ask the nearest Asian?  You need investment advice, you head to the nearest synagogue? What does your embrace of stereotypes have to do with your mother and her girlfriend?

I had no male figure at all to follow, and my mother and her partner were both unlike traditional fathers or traditional mothers.

Um, since these were the only parent you ever knew, how would you know that they were "unlike traditional fathers or mothers?" To whom could you compare them? As a result, I had very few recognizable social cues to offer potential male or female friends, since I was neither confident nor sensitive to others.

So, you're an insecure jerk? How was that caused by your moms? I mean, they must have had "social cues to offer," since they attracted each other. And before that, each had attracted a husband. So it seems that maybe you just didn't learn from them what you should have.

I was neither confident nor sensitive to others. Thus I befriended people rarely and alienated others easily. Gay people who grew up in straight parents’ households may have struggled with their sexual orientation; but when it came to the vast social universe of adaptations not dealing with sexuality—how to act, how to speak, how to behave—they had the advantage of learning at home. Many gays don’t realize what a blessing it was to be reared in a traditional home.

Seriously? You had no idea how to act, how to speak, how to behave?You weren't raised by wolves! You act like a fucking human being, like your mom, like your brothers, like your friends, like your mom's partner! It's really no different, whether you were raised by two women, two men, or one of each.

My home life was not traditional nor conventional. I suffered because of it, in ways that are difficult for sociologists to index.

Because there's nothing wrong with you, you're just  a jerk. If you had suffered any harm, someone would be able to "index" it.

Both nervous and yet blunt, I would later seem strange even in the eyes of gay and bisexual adults who had little patience for someone like me.

Because you're a jerk! You just demonstrated what a jerk you are by saying  " strange even in the eyes of gay and bisexual adults." You think that those folks are so weird that they're bound to be okay with your weirdness, or something, and you wonder why they have no patience for you?

Life is hard when you are strange. Even now, I have very few friends and often feel as though I do not understand people because of the unspoken gender cues that everyone around me, even gays raised in traditional homes, takes for granted.

Life is hard when you're a jerk that blames your late mother for your inability to connect with other humans.  There are no secret "gender cues" that those of us from traditional families are keeping from you. You're just a jerk.

When I got to college, I set off everyone’s “gaydar” and the campus LGBT group quickly descended upon me to tell me it was 100-percent certain I must be a homosexual. When I came out as bisexual, they told everyone I was lying and just wasn’t ready to come out of the closet as gay yet.

So you're bi? And you're still this contemptuous of other LGBT people? You know you're the "B" in that acronym, right? Also, that story never happened. There is not some LGBT coven that cones swooping down on unsuspecting bisexuals to declare them gay. You made that up.

Anyway, this article goes on and on in this whiny, blame-throwing way. But apparently, for the horrible horrible Bryan Fischer, it's all the justification needed to start kidnapping children, tearing them away from the only families they've ever known and, presumably, depositing them with crazy right-wing religious fanatics to be raised as paranoid little assholes. Can we just go ahead and arrest this insufferable little prick now?