How did this happen?
How do I find myself on the same side as Il Douche?
How is it that there is a conflict between President Cartman and another person and I'm thinking that the other person is in the wrong?

I mean, the only way that could possibly happen is if that other person is an even bigger jackass than Cheeto Mussolini.
That could mean only one thing.


This guy is involved:

Yes, the braying jackass who is the latest person to have a Twitter feud with Dolt 45 is the preposterous Lavar Ball.

If you're not a basketball fan, this is who Lavar Ball is:

He is the father of a fairly talented NBA rookie named Lonzo Ball. A rookie who would be otherwise unremarkable had not his extravagantly ridiculous boob of a father not repeatedly made a spectacle of himself by publicly excoriating his son's collegiate coaches for not realizing the god-like prodigiousness of his son's basketball abilities and for allowing players other than Lonzo to sometimes touch the ball or even take a shot now and then.

And Lavar has famously said things like this about his son:

Forthe non-basketball fans, Steph Curry is the two-time NBA Most Valuable Player who has led his team to the last 3 NBA championships, winning 2 of the three.

He is also considered by many to be the greatest shooter in NBA history.

And the father of this little bundle of squeeee!

But Lavar Ball said this about his son while he was a freshman at UCLA. No pressure, kid!

“To me ‘Zo is the best player in the world. … I don’t know if he can beat (LeBron James and Russell Westbrook) one on one, but I know he can beat them 5 on 5.”


Again, for the uninitiated, James and Westbrook are two of the best players of this or any era, both are sure bets to be voted into the Hall of Fame.

But, sure, his son is obviously better than either of these two guys, right?

Lonzo Ball can't make a shot. How much should Lakers fans be worried?

Ball is off to the coldest start in NBA history. But that doesn’t mean he’s a bust.

Of course, I'm not sure we should really expect expert analysis from a man who made this claim:

“Back in my heyday, I would kill Michael Jordan one-on-one.”

despite never having played in the NBA and averaging an entire TWO POINTS per game in college.

And that is really just the tip of the iceberg for this half-witted nincompoop who never saw a camera or microphone he couldn't get in front of. If you want a chuckle, you can read a few more of his quotable quotes here:
https://www.cbssports.com/nba/photos/ranking-lavar-balls-most-outrageous-quotes/2/


Anyway, that's the guy who's got Twitter beef with Orange Julius Caesar. And for the first time probably ever, someone is going up against tRump and is actually the guy in the wrong.

A little background. Ball's other son and two of his UCLA teammates were arrested for shoplifting at a mall in China. They were facing up to 10 years in Chinese prison. Hair Furor made a call to the Chinese government and got them released. End of story, right? Well, you'd think so. But then I saw this on Twitter.

Do you think the three UCLA Basketball Players will say thank you President Trump? They were headed for 10 years in jail!
— Donald J. Trump (@realDonaldTrump) November 15, 2017


Which is really beneath the dignity of the office, but we're pretty much used to that. I mean, really it's so pathetically needy, so desperate for validation, but he does have a point. (God damn, I never thought I'd say that) these three young men really should thank the guy who saved their asses from Chinese prison. And thank him they did,at a press conference later that day.

"To President Trump and the United States government, thank you for taking the time to intervene on our behalf," he added. "We really appreciate you helping us out." (http://edition.cnn.com/2017/11/15/sport/ucla-basketball-players-statements/index.html)


And that was that.
End of story, and everyone lives happily ever after. 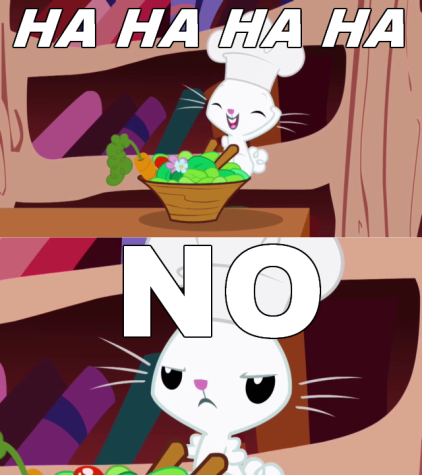 No, of course not, because we are dealing with the two biggest jackasses in America here.
So I guess I shouldn't have been surprised to see this Tweet:


Now that the three basketball players are out of China and saved from years in jail, LaVar Ball, the father of LiAngelo, is unaccepting of what I did for his son and that shoplifting is no big deal. I should have left them in jail!
— Donald J. Trump (@realDonaldTrump) November 19, 2017


Seriously? Ball is being a dick about this?

"Who?" Ball told ESPN when asked about Trump's role in the situation. "What was he over there for? Don't tell me nothing. Everybody wants to make it seem like he helped me out."


“As long as my boy’s back here, I’m fine,” Ball told ESPN. “I’m happy with how things were handled. A lot of people like to say a lot of things that they thought happened over there. Like I told him, ‘They try to make a big deal out of nothing sometimes.’ I’m from L.A. I’ve seen a lot worse things happen than a guy taking some glasses.

What the?
How is that the point?
Whether taking glasses is a "big deal" or not, your son was ARRESTED for it, your son was facing JAIL TIME for it. Whether you think that jail time was warranted is absolutely not relevant  at all.

The man is the President of the United States

Sorry. That's hard for me to say, but it's true Donald "grab 'em by the p***sy" Trump is the President of the United States of America

You think the President should have taken time out of his busy schedule of embarrassing our nation on a world stage to go visit some shoplifters in jail? Who the fuck do you think you are? You think your stupid shoplifting son is so important that visiting his dumb thieving ass in jail should be some sort of priority for the President of the United States?

God damn it Ball, look what you've made me do!
You've got me siding with the Orange Menace!
You're in a beef with the giant toddler and I'M ON HIS SIDE.

Posted by Professor Chaos at 5:33 PM 4 comments: Links to this post