Just How Screwed We All Are in 2 Headlines

I'm not sure how much good he was doing anyway.

Like all of our regulatory agencies, theUSDA has been so completely captured by the industries it is supposed to oversee that one wonders what the point of its existence even is anymore.

The US Department of Agriculture (USDA) has plans to expand a privatized meat inspection model that has been in place for 14 years at five hog plants in the United States and which has been found to fail time and time again at preventing contamination of meat - with fecal matter.

And what is this completely failed pilot program?

The program. . . has been in place since the late 1990s and its expansion would replace almost half the USDA Food Safety Service inspectors in industrial meat plants with inspectors employed by those very same companies.

So they get to inspect themselves. Who could possibly see anything going wrong with that program? 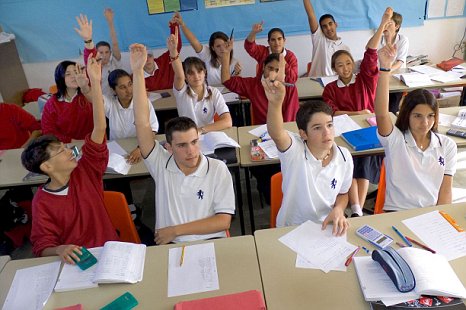 Okay, I mean besides "everybody."
﻿

The USDA is so beholden to the big agri-business companies, it's even starting to talk like them:


The USDA has insisted that the novel inspection regime would improve the safety of the chicken and turkey cranked out by industrial-scale slaughterhouses,

Those are exactly the kinds of claims churned out by right-wing pro-industry "thinktanks" like the Competitive Enterprise Institute or Americans for Prosperity, or the Assface Institute. De-regulation will make food safer.  Clear-cutting is good for forests. Fracking is good for the environment. Up is down, black is white, Sarah Palin is qualified to hold public office. Why do we even have a USDA if they're just going to go around parroting this libertarian fantasy bullshit? I mean, they gotta know this is bullshit, right?

. . .[A] recent article in The Washington Post, reports that three out of the five pilot HIMP [the self-inspection model] plants were among the 10 worst health and safety violators in the country, according to a spring report by the USDA inspector general.

[T]he Agriculture Department has given a green light to Australia, Canada and New Zealand to use this experimental, privatized model of food inspection in meat plants whose products are for export to the United States, even though the foreign plants operating under processes considered equivalent to the HIMP program have experienced an epidemic of contamination-related problems within the past two years, including a Canadian plant which had to recall more than 8.8 million pounds of beef product fouled with E. coli.

So obviously this is a bad idea. And just as obviously, it's going to happen anyway.

I really need to look into veganism.


Posted by Professor Chaos at 7:15 PM 3 comments: Links to this post