Which Paul is Worse?

We already know which Paul was the best. It was Les.

There will never be a better Paul.

But which Paul is the worst? That's open for debate. Let's start with the newest Paul, young Rand.

Ooh. Sprinting out to an early lead!

"With regard to the idea of whether you have a right to healthcare, you have to realize what that implies. It’s not an abstraction. I’m a physician.

Yeah, for starters, you're really not a physician. You're not certified by any recognized medical board. In fact, you considered the certification process so unfair (requiring doctors to know stuff! The very idea!) that you created your own made-up certification board to certify yourself. But do go on.

I’m a physician. That means you have a right to come to my house and conscript me," Paul said recently in a Senate subcommittee hearing.

"It means you believe in slavery. It means that you’re going to enslave not only me, but the janitor at my hospital, the person who cleans my office, the assistants who work in my office, the nurses," Paul said, adding that there is "an implied use of force."

So, if there are more people who can afford your dubious services, meaning more people who potentially might come to your office and pay you money to do whatever it is you do, that's like conscription? How do you not see that this would be to your advantage?
MORE CUSTOMERS = MORE MONEY.
It's a pretty simple equation.
I think you don't really get what the word "slavery" means. It means someone forcing you to work against your will for no pay. It looks like this: but that's none of my business.
What you're talking about, universal health care, looks like this:

Also, the police would themselves be slaves since everyone is entitled to their protection. Sure, they signed up for the job, receive a salary and are free to quit at any time, but still. SLAVERY!
Really, I'd say you're more of a slave now, since every citizen of Kentucky is entitled to be represented by you. Maybe "entitled" isn't the right word, since I can't believe most of them are any too happy about that. Still, though, every citizen of Kentucky has a right to your representational services, so by your logic, that makes you a slave! Now fetch me a mint julep, slave!
Usually, when a wingnut makes this sort of outlandish claim, you can figure out where the germ of the idea came from. You can usually figure out what fact they are misinterpreting or distorting, but this? I have no idea where this comes from.
This is going to be hard to beat. May we have the next Paul please?

Oh, no. No. I'm not touching that one.You are disqualified, sir.
Next!

Ah, Ok. Here we go. It's Texas Congressman Ron Paul, the original Paultard!
I've always had a certain grudging respect for Ron Paul, even though I think he's wrong about pretty much everything. I mean, even when he's right, like opposing the Iraq War, he's right for the wrong reason. But I like the fact that he seems like one of the few political figures who is really sincere in his beliefs, and really says what he means, not what he thinks his audience wants to hear. Anyway, I always thought he was more nutty than awful. Then I read a few quotes from his newsletter.
(via the Houston Chronicle)

""Opinion polls consistently show that only about 5 percent of blacks have sensible political opinions, i.e. support the free market, individual liberty and the end of welfare and affirmative action,"

""Given the inefficiencies of what D.C. laughingly calls the `criminal justice system,' I think we can safely assume that 95 percent of the black males in that city are semi-criminal or entirely criminal," 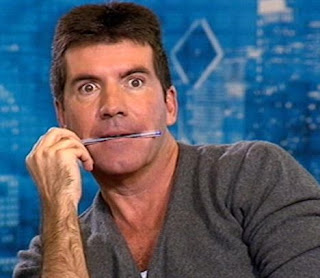 "(Carjacking) is the hip-hop thing to do among urban youth who play unsuspecting whites like pianos. The youth simply walk up to a car they like, pull a gun, tell the family to get out, steal their jewelry and wallets, and take the car to wreck. Such actions have ballooned in the recent months.

"In the old days, average people could avoid such youth by staying out of bad neighborhoods. Empowered by media, police, and political complicity, however, the youth now roam everywhere looking for cars to steal and people to rob.

"What can you do? More and more Americans are carrying a gun in the car. An ex-cop I know advises that if you have to use a gun on a youth, you should leave the scene immediately, disposing of the wiped off gun as soon as possible. Such a gun cannot, of course, be registered to you, but one bought privately (through the classifieds, for example).

"I frankly don't know what to make of such advice, but even in my little town of Lake Jackson, Texas, I've urged everyone in my family to know how to use a gun in self defense. For the animals are coming."

Okay, that's it. No more calls, we have a winner.
Holy Shit!
Posted by Professor Chaos at 8:54 PM 4 comments: Links to this post