Poker Tips from the President

Posted by Professor Chaos at 8:07 PM No comments: Links to this post

So, I guess a budget deal was finally agreed upon by both parties.

“Never before has any Congress made dramatic cuts such as those that are in this final legislation,” Appropriations Committee Chairman Hal Rogers (R-Ky.) said in a statement. “The near $40 billion reduction in non-defense spending is nearly five times larger than any other cut in history, and is the result of this new Republican majority’s commitment to bring about real change in the way Washington spends the people’s money.”

A real change? Really? Because the total budget is, according to "The Hill,"$1.049 trillion. Last year's budget was $1.089 trillion. by my calculations, that is a change of 4 percent. You cut Four Percent of the budget and this is your commitment to real change? That commitment sounds about as serious as this one:

Here are some highlights from the budget deal that the Republicans and Democrats were finally able to agree upon:

The bill provides $1 billion for Food Safety and Inspection, which is $10 million below the fiscal year 2010 level

Cutting food safety? Sure, because no one gets food poisoning anymore. I've gotten it twice in the last two years, but other than me, probably no one.  I'd better check with the CDC:


Food-Related Illness and Death in the United States

We estimate that foodborne diseases cause approximately 76 million illnesses, 325,000 hospitalizations, and 5,000 deaths in the United States each year.


And we cut Ten Million from food inspection, huh? Granted, 10 mil is kind of a drop in the bucket, but when our food is killing 5,000 of us every year, shouldn't we be spending more on food safety?

What else got cut?


The Environmental Protection Agency (EPA) is reduced by $1.6 billion, a 16% decrease from last year’s level.Climate change funding bill-wide is cut by $49 million (-13%),

We'll save so much money by just pretending that the climate isn't changing.  That's so much cheaper than actually trying to do something about it!

The CR terminates funding for more than 55 programs, for a total savings of well over $1 billion. In addition, the bill cuts two programs funded in ObamaCare (the Consumer Operated and Oriented Plan (CO-OP) and terminates the Free Choice Voucher programs).

Wow! You know, Obama didn't get a whole lot of his ideas into the final healthcare bill, now he and the Dems just bargained two of them away?


For the Department of Transportation, the bill eliminates new funding for High Speed Rail and rescinds $400 million in previous year funds, for a total reduction of $2.9 billion from fiscal year 2010 levels. The bill reduces funding for transit by a total of $991 million

Don't worry, we'll just keep invading Muslim countries until we get these gas prices back down! You won't need public transit. Our crumbling infrastructure can handle as many cars as you can throw at it. 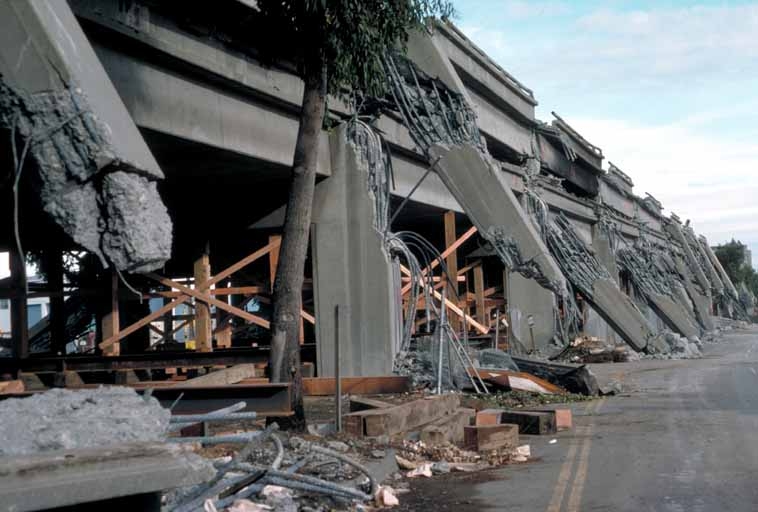 The Women, Infants and Children nutrition program is cut $504 million, because who would want food when it's probably going to poison you anyway.
$786 million was cut from FEMA because natural disasters are soooo 2005.
Low-income heating assistance is cut $390 million, because since we're not going to do anything about global warming, no one's going to need heat.

Then there are the so-called "riders," the little easter eggs added to the bill having nothing to do with the budget. Riders like:


Sec. 4030
Prohibits the Bureau of Alcohol, Tobacco, Firearms and Explosives from collecting information on multiple sales of rifles or shotguns to the same person.
Sec. 2237
Prohibits funding for capital advances or rental assistance contracts for HUD Housing for the Elderly projects.
Sec. 1284
Prohibits funding for carrying out section 19 of the Richard B. Russell National School Lunch Act.

So no helping the elderly stay in their homes, no fresh fruits & vegetables for schoolkids, and no keeping an eye on potential militia gun-nut freaks. All this and still only 4%, huh? Seems like maybe there might be somewhere that we could make some more significant cuts. Hmmmmm, let me think. . . . Oh, maybe that big red chunk? Maybe we could make some cuts there?

Let's check the House Appropriations Comittee thingie. What do they say about defense?

Defense Funding: The Department of Defense is funded at $513 billion in the CR – approximately $5 billion above last year – providing the necessary resources for the safety of our troops and the success of our nation’s military actions. The bill also includes an additional $157.8 billion for overseas contingency operations (emergency funding) to advance our missions abroad.

Oh, of course. We may not have money to help old people or kids, but goddammit, we gots to have money fer blowin' shit up! 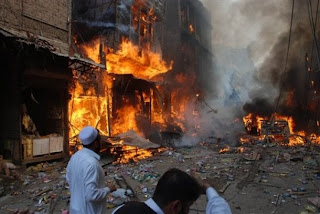 How about this? Can we maybe institute a one-war-at-a-time policy? Can we we maybe finish one war before we start another? I'd like to see a no-invading-foreign-countries-unless-and-until-they-bomb-Pearl-Harbor policy, but I'm trying to be realistic here. One war. I'd settle for reducing the number of wars to one at a time (including covert bombings in places like Yemen. Yeah, Mr. President, we know about that.)
Posted by Professor Chaos at 7:58 PM No comments: Links to this post