Here's the stupidest headline I've seen in a while:


Where would you even come up with this sort of nonsense? Unless. . .

Much attention has been given to growing extremism in the GOP — but critics say progressives are just as bad.

Of course! It's modern journalism's slavish devotion to the "both sides do it" zombie lie!

Since President Obama's convincing re-election victory, the dominant political story has centered on whether the GOP should counter right-wing elements within its party and undertake moderate reforms that many argue are necessary for Republicans to return to power

I'm not sure that has been the dominant political story. I think the dominant political story has been the debate over whether we should destroy Social Security and Medicare altogether or just damage them to placate the deficit hawks, who, as everyone knows, are the only serious very important thinkers inside the beltway, since in January, 2009 they suddenly realized that deficits exist!

But while a proposed Republican makeover has grabbed all the attention — see the much-publicized "autopsy" this week of Mitt Romney's November defeat — developments within the Democratic Party have largely escaped the microscope.

Because we're all just too excited to see what Paul Ryan will come up with next to pay attention to stupid Democrats!

Together, Virginia, we can destroy all the olds and poors!


David Brooks, the center-right columnist at The New York Times, argues that liberals have, in fact, lurched leftward under Obama.

Oh, well, if David brooks thinks so! David Brooks who thinks that anyone to the left of Dick Cheney is a bomb-throwing radical thinks that Democrats have "lurched leftward?"  Well, okay. I'm game. Let's take a look at this column you link to.  (oh, and by the way, a man who is editor of the "Weekly Standard" can hardly be described as "Center-right.") 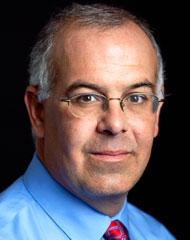 There is a statue outside the Federal Trade Commission of a powerful, rambunctious horse being reined in by an extremely muscular man. This used to be a metaphor for liberalism. The horse was capitalism. The man was government, which was needed sometimes to restrain capitalism’s excesses.

Today, liberalism seems to have changed. Today, many progressives seem to believe that government is the horse, the source of growth, job creation and prosperity. Capitalism is just a feeding trough that government can use to fuel its expansion.

Ah, yes. The infallible journalistic source "many progressives!" And David Brooks will inform us of what they "seem to believe." Now that's just first-class reportage! 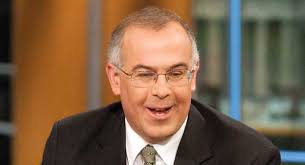 For an example of this new worldview, look at the budget produced by the Congressional Progressive Caucus last week. These Democrats try to boost economic growth with a gigantic $2.1 trillion increase in government spending — including a $450 billion public works initiative, a similar-size infrastructure program and $179 billion so states, too, can hire more government workers.

So, the Progressive Caucus is proposing something progressive? And this constitutes a "lurching leftward?" Also, too, are you really going to dispute that we have serious infrastructure needs in this nation? Do you deny that the large numbers of layoffs of state employees is a big contributor to our nation's unemployment? Or would you have to be a dumb ol' lefty to acknowledge those basic facts?

Today, progressives are calling on government to be the growth engine in all circumstances. In this phase of the recovery, just as the economy is finally beginning to take off,

[Stop the presses! A right-wing hack has actually admitted that the economy is improving under the Obama administration?]

these Democrats want to take an astounding $4.2 trillion out of the private sector and put it into government where they believe it can be used more efficiently.

How do the House Democrats want to get this money? The top tax rate would shoot up to 49 percent. There’d be new taxes on investment, inheritance, corporate income, financial transactions, banking activity and on and on.

Yeah, those would actually be OLD taxes. The kind of taxes we used to have in this country before the Reagan/Friedman/Jarvis/Norquist mindset took over. For the 40 years pre-Reagan, the top tax rate was over 70%. Forty-nine percent is a walk in the park compared to the Eisenhower years! (link)

Now, of course, there have been times, like, say, the Eisenhower administration, when top tax rates were very high. But the total tax burden was lower since so few people paid the top rate and there were so many ways to avoid it. Government was smaller.

Okay, I don't get it. I've been trying to wrap my head around this for a couple minutes. Is the objection not that the increased tax rate would put too onerous a burden on individual taxpayers, but that the total amount of revenue the government takes in would increase? Like it would be ok if government took a higher percentage in taxes as long as they took it from fewer people? I don't get it.

I also don't get how there could possibly have been more ways to avoid taxes than there are today. There are entire industries dedicated to helping rich people exploit loopholes to avoid paying taxes.

Today, especially after the recent tax increases, the total tax burden is already at historic highs. If you combine federal, state, sales and other taxes, rich people in places like California and New York are seeing the government take 60 cents or more out of their last dollar earned.

Oh, noes! Poor Phil Mickelson! 60 cents out of every dollar? No, what did you say? 60 cents out of their last dollar. Okay, but they had to have already earned many many dollars to get to the 60 cent dollar, so. . . I don't know, it doesn't really seem all that terrible, especially since you know damn well they are hiding a lot of their income in tax shelters. And the very very rich pay the super-low "carried interest" rate, or capitol gains rate, or whatever people who don't have to work for their money pay. Ask Warren Buffet, he can explain it. The first problem, of course, is that there aren’t enough rich people to cover even the current spending plans. As an analysis by the group Third Way demonstrated, even if we threw every semiplausible tax increase at the rich, the national debt would still double over the next three decades.

Okay, but what if we just went back to the Clinton-era rates when we were actually paying down the debt?

The second problem is that if you set the tax burden at astronomical levels you really do begin to change behavior and wind up with a very different country. You don’t have to be a rabid supply-sider to believe that when you start taking away 80 percent or 90 percent of somebody’s top marginal earnings, you are going to get some pretty screwy effects.

Well, I don't think anyone is suggesting that, but I believe the country actually did fairly well when the top marginal tax rate was in the 80-90+% range, an era I like to call the 1950's and 60's. (link)
(yes, it's the same link. So? How much time do you think I have for my silly little blogging hobby?)

Higher taxes will produce long-term changes in social norms, behavior and growth. Edward Prescott, a winner of the Nobel Memorial Prize in economics, found that, in the 1950s when their taxes were low, Europeans worked more hours per capita than Americans. Then their taxes went up, reducing the incentives to work and increasing the incentives to relax. Over the next decades, Europe saw a nearly 30 percent decline in work hours. 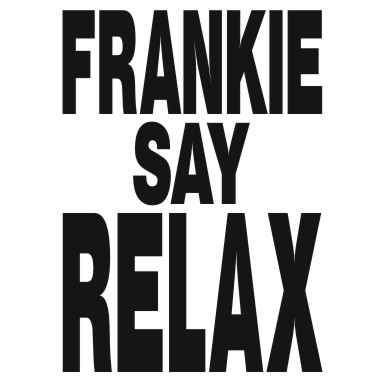 And Europeans saw their work hours decrease because their unions fought for it. Do you think that the bosses of European companies were giving their employees the option of how many hours to work? "What's that Francois? You say your taxes have gone up, so you're going home early today? And coming in late tomorrow? Well, C'est La Vie! Au Revoir, mon ami!" (pretty much my entire French vocabulary) Au revoir, we're all going home! Because of Le Taxes!

Also, how does raising taxes provide an incentive to work fewer hours? Let's see, I used to take home 10 Francs an hour, now, with the additional tax, I only clear 8 Francs. What to do, what to do. . . I know, I'll put in fewer hours, that way, I get fewer Francs per hour, but multiply that by fewer hours. . .Francois, you diabolical genius, you're rich!


So, anyway, has liberalism "run amok" under President Obama? Short answer: no. Long answer David Brooks is the worst columnist in the world, unless you count Ryu Spaeth who wrote the original article for "The Week" in which he cites both David Brooks and Jennifer Rubin as if they were objective arbiters of reality to criticize the Democrats' alleged leftward lurch (don't you wish!).
Check out his entire article here: http://news.yahoo.com/liberalism-run-amok-under-president-obama-155000998.html if you're in the mood for a laugh.