If you know me at all, and you certainly do NOT! you know I love me some TeeVee. And so it has become a December tradition here to take a look back at the year in television. The hits and misses, the shows that made us smile and the shows that displeased us. And now, without further ado, we present Surprise of the Year:  Channel Zero

While Netflix's Stranger Things was absorbing all the buzz, reveling in the accolades of viewers who said "A show set in the 1980's? Brilliant!", SyFy Channel quietly slipped this horror anthology show into Prime Time with zero fanfare. I know, I know, SyFy! Believe me, I was skeptical too, to say the least. But once someone talked me into trying it, I got hooked.  It's slow-moving which allows the creepiness and suspense to build to a slow boil and actually had a satisfying conclusion which is hard to do with horror. Generally, once you show the monster, it isn't scary any more, but they did make it work.
It's not perfect. Some of the dialogue is a bit clunky and Paul Schneider (Parks & Rec) is just not a good actor, but it keeps you guessing for most of the season, which is only 6 episodes, so it's not a huge investment of time. Check it out, if you like spooky shows.


Mistake of the Year:   Tyrant  killed off Jamal

You knew from the get-go that seemingly mild-mannered Bassam "Barry" al-Fayed was going to become the Tyrant of the show's title, the Walter White-esque character arc was going to be hard for the producers to pass up. but from the beginning, Jamal was he stronger character. A man who had been raised against his will to be a tyrant, who struggled with his conscience, destined by his dna and his upbringing to repeat the atrocities of his late father, Jamal was by far the more compelling character. 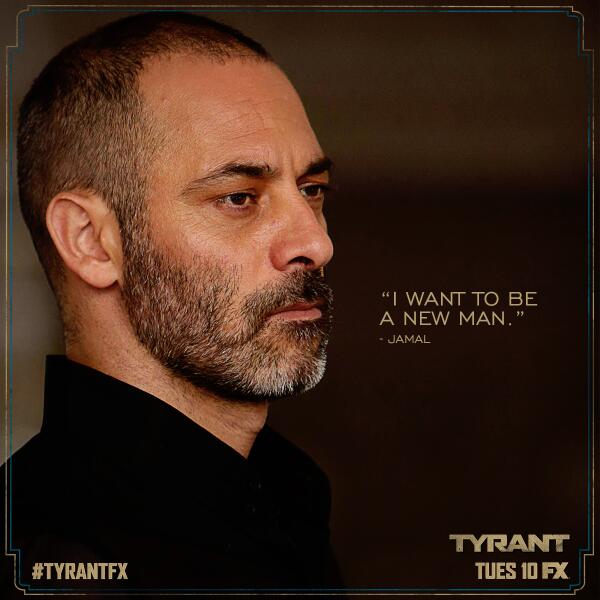 And it didn't hurt that he was played by the incredibly charismatic actor Ashraf Barhom.

Admit it. You love him! You know he's evil, but you can't help it!

The show still works. The introduction of an ISIS-style caliphate army has taken things to a new level, but I miss Jamal. And I miss the tension between Jamal and Bassam. And Jamal ended last season in a coma. You could have left him alive, unconscious in the hospital until you needed him again.  Hopefully Ashraf Barhom gets his own series.


Revelation of the Year:  Louie Anderson on Baskets If you had told me that there was going to be a show starring Zach Galifinakis and that Zack Galifinakis would not be the funniest person on the show, I'd have thought you were nuts. And if you told me that the funniest person on the show would be Louie Anderson. . . well, I'd have figured you were pulling my leg. Louie Anderson? I never thought much of him as a comedian, I certainly didn't anticipate him  stealing every single scene he's in opposite Zach Galifinakis. But he does. He's fantastic. He's probably the best reason to watch the show.

Best Reason to get Netflix:  Paranoid

Actually, let's say British cop shows in general.
There are so many great ones on Netflix. 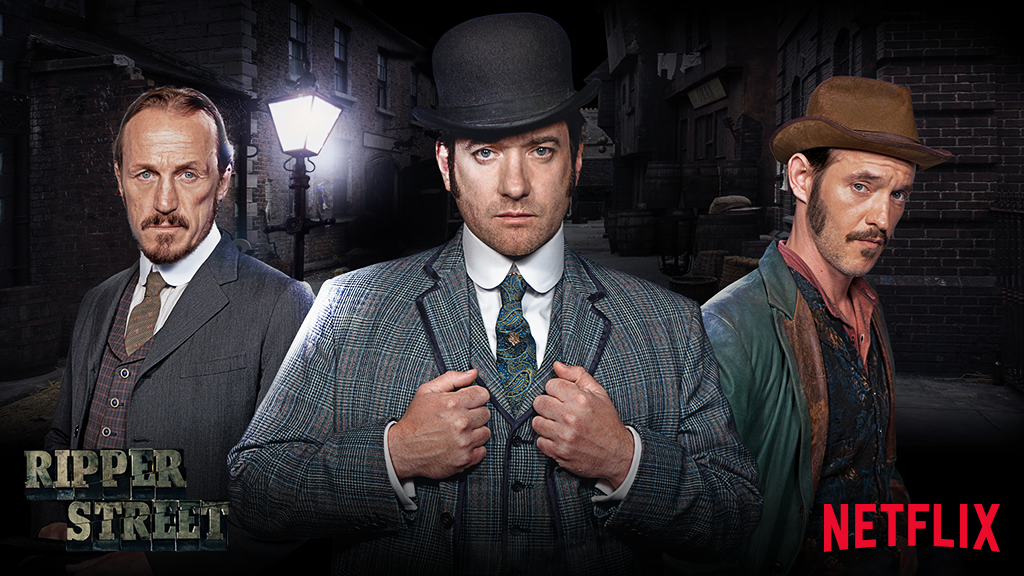 (at least the first two seasons)

But this year's favorite was the Netflix original Paranoid, about a seemingly random murder which turns out to be - well, no spoilers here. But it's good keep-you-guessing mystery. The only real complaint I have with the show is that for some reason, they feel it's important to show what a wreck the main female detective's personal life is and what an emotional wrecking ball she can be to those who get close to her. It doesn't really add to the plot and just makes her kind of obnoxious. Other than that subplot, it's a terrific, tense conspiracy-driven murder mystery. And it's only on Netflix.

I loved season one of Scream Queens. It was funny and original and had a story line that kept you guessing who the villain might turn out to be. So I was looking forward to another season. But holy god, what a belly flop this show took this year. I could only watch the first 2 or 3 episodes. Bringing back the same characters was probably a mistake as they were all abit two-dimensional and had started to wear thin by the end of season one. I don't know. Maybe they lost some writers, too? But this season was just unbearable.

By the way, if there's any shows you want to reccomend, please do so in the comments. Bear in mind, I don't get HBO, but I would love to find my next tv addiction on Netflix, Amazon, or basic cable.


Posted by Professor Chaos at 5:53 PM 9 comments: Links to this post