First of all, I'm not sure that you really want your tag line to be that if you're holding a Bud Light you're obviously "up for whatever." Like, obviously this guy has no standards, no concern for his safety. . . he'll obviously try anything once if he'll drink this swill!


Secondly, Jimmy  Johnson is creepy as hell, especially since he did those ads for penis-enlargement pills 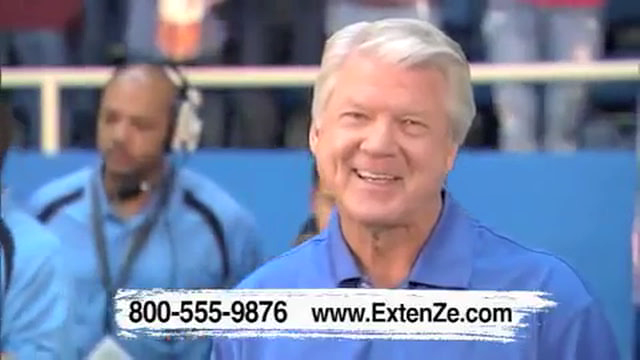 which I assume are a total fraud, or otherwise the men of America would all be walking around tripping over their wieners all day. And for a man as rich as Kimmy Johnson, former college and NFL coach, current television broadcaster, to sign on to a cheap con like this is shameful. Bad enough to do ads for a legitimate product, but do you really need to scrounge up a few more bucks taking advantage of gullible insecure saps?

The black  guy sitting with "Sean" is also holding a Bud Light, so he should also be "up for whatever," but as soon as Johnson walks in, the black guy immediately gets up like "this guy's obviously here to meet you, Sean" and gives up his seat so Johnson and "Sean" can play football. Like it never occurs to anyone, not even the black guy, that the black guy might enjoy a game of electric football with a gross, creepy former NFL coach. No, he just wordlessly stands up and gets out of the way so that his white friend can get the celebrity treatment.

Also, too, no one has ever enjoyed electric football. I wanted one of those games so bad when I was a kid, and I found one at a garage sale, and it was even the 49ers against someone. I was so excited. then I took it home and plugged it in, and immediately realized I'd been ripped off. The players just sort of vibrate around aimlessly, occasionally falling down.  There's no real way to run any actual plays or have any kind of defensive strategy or really do much of anything other than watch the little players buzz around pointlessly until the one who has the tiny ball falls over or happens to stumble across the goal line. No one has ever found this stupid game fun.

But then again, no one has ever enjoyed Bud Light, either.

Posted by Professor Chaos at 6:51 PM 3 comments: Links to this post