Rep. Robert Brady, D-Pennsylvania, said he will introduce legislation making it a federal crime for a person to use language or symbols that could be perceived as threatening or inciting violence against a Member of Congress or federal official.

"Could be perceived as threatening?"
You know, it's already a crime to actually threaten a member of Congress.
Seen these recent headlines?

Man Arrested in Denver for Threat to Shoot Aides to U.S. Senator Bennet

But using imagery that might be perceived as threatening? You want to make that a crime? Palin's cross-hairs map was irresponsible and in very bad taste, but it was NOT a crime. Her people have every right to be irresponsible and tasteless. That's called free speech. And when idiots like Rush Limbaugh start whining that people asking them to be more responsible in their rhetoric really means that the "left" is trying to censor or silence them, it makes it a lot harder to say "you're full of shit, Rush" when you propose an asinine law like this.

But wait! Someone has come up with an even stupider response to the Tucson shootings: Texas Republican Rep. Louie Gohmert says his office is drafting a measure to allow members of Congress to carry guns in the District of Columbia, including in the Capitol and on the House floor.

Wow. You better hope B-1 Bob Dornan never gets re-elected.* 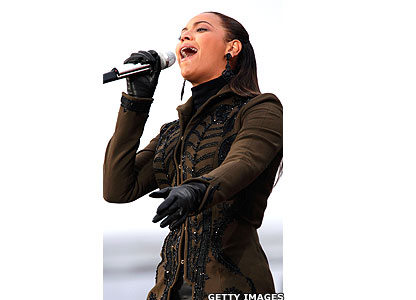 Beyonce Knowles took to the stage to sing in front of thousands of supporters at a special pre-inauguration concert for Barack Obama in Washington DC. 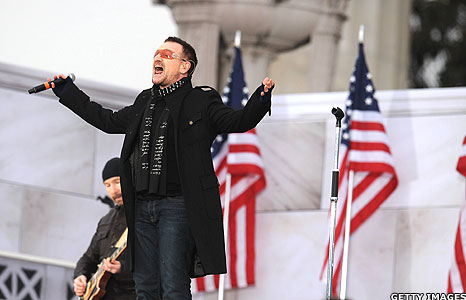 U2 also welcomed president-elect Obama by performing at The Lincoln Memorial. The event saw a host of stars appear at a special concert for America's first black president. 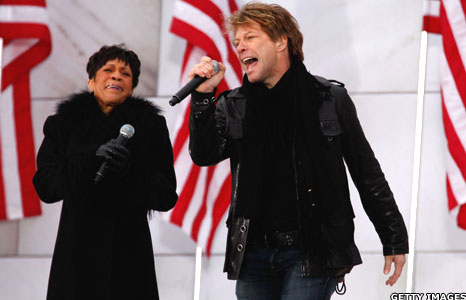 Jon Bon Jovi and Bettye LaVette teamed up for The We Are One concert which is one in a series of special events leading up to Obama's swearing-in as the 44th US president on Tuesday. 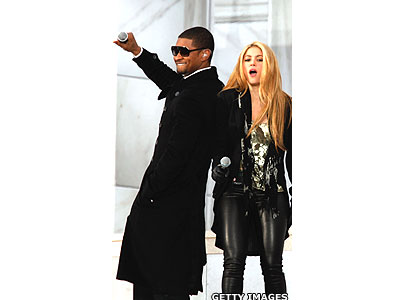 Shakira and Usher joined forces for a special performance to welcome Obama into his forthcoming presidency on the steps of the Lincoln Memorial. 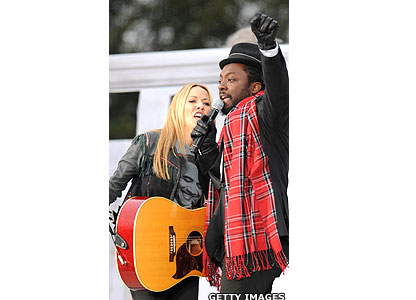 will.i.am and Sheryl Crow celebrate Obama's forthcoming inauguration with a cover of Bob Marley's One Love. 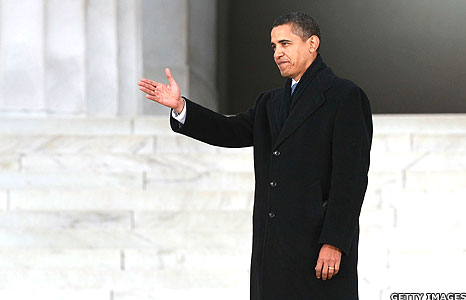 Barack Obama speaks to his supporters at his pre-inauguration rally and declares that "anything is possible in America". 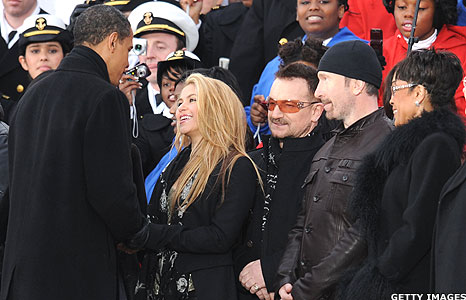 The president-elect personally greets the stars, which included Shakira and U2, in Washington DC. 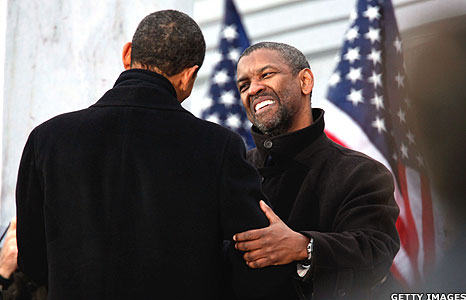 Obama hugs Hollywood actor Denzel Washington during a touching moment at the ceremony. Denzel read a historic passage in his honour. 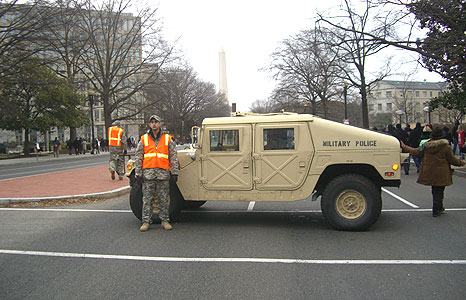 And do you think that if some dangerous lunatic actually manages to make it past all this highly-trained, heavily-armed law enforcement personel, you're going to stop him? * Dornan made headlines in March 1985 for a confrontation with Representative Thomas DowneyD-NY) on the House floor. Downey asked Dornan about comments he had made calling Downey "a draft-dodging wimp". According to Downey, Dornan grabbed him by the collar and tie, said "It's good you're being protected by the sergeant-at-arms. If I saw you outside, it would be a different story," and threatened him "with some form of bodily harm". Dornan claimed he was merely straightening Downey's tie and refused to apologize for the incident or the derogatory comment. A Dornan aide said "It will be a cold day in hell before he gets an apology from Bob Dornan."[3]

Posted by Professor Chaos at 10:36 AM No comments: Links to this post