Rule # 1: If you are incapable of pronouncing the word "accurate," you are not allowed to question a Supreme Court nominee.

Rule # 2: If you use your allotted time to ask a Jewish woman where she celebrated Christmas, you are no longer to be allotted any time at any future hearing.

Rule # 3: If you use any portion of your allotted time to ask the nominee about "Twilight," you are no longer permitted to speak in public on any subject, and must resign in disgrace. 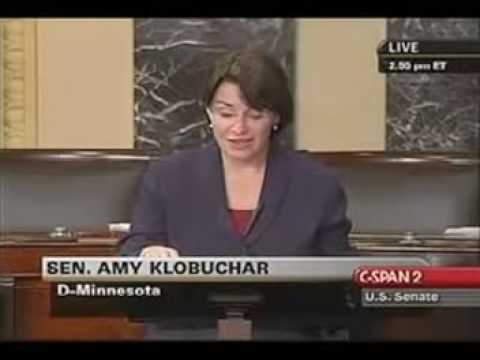 Email ThisBlogThis!Share to TwitterShare to FacebookShare to Pinterest
Labels: stupid


Yea!!!! Great job, everyone! Your unemployment is helping companies realize awesome profits without any of that pesky inflation that might drive your wages upward somewhat!
Way to go!

The 6.8 million Americans out of work for 27 weeks or longer -- a record 46 percent of all the unemployed -- are providing U.S. companies with an eager, skilled and cheap labor pool. This is allowing businesses to retool their workforces, boosting efficiency and profits following the deepest recession since the 1930s, and contributing to a 61 percent rise in the Standard & Poor’s 500 Index since March 2009.

So, quit whining about not being able to find work. You're helping to increase corporate stock prices! And isn't that really what matters?


“Companies are getting higher-productivity employees for the same or lower wage rate they were paying a marginal employee,” said James Paulsen, who helps oversee about $375 billion as chief investment strategist at Wells Capital Management in Minneapolis. “Not only are employees higher skilled, you have a better skill match. You have a more productive and more adaptive labor force.

Translation: "more productive" = doing more work for the same pay.
"more adaptive" = these people are so afraid of losing their jobs, they'll figure out
a way to deal with whatever shit you throw at them!

No more coal for you, Cratchit! And you shall labor on Christmas Day and like it!

U.S. productivity gains averaged 2.9 percent from 2000 through the first quarter of 2010, compared with 2.1 percent in 1990-1999 and 1.5 percent in 1980-1989, according to the Labor Department. The increased efficiency has helped improve earnings, with more than 80 percent of companies in the S&P 500 index reporting profits that exceeded the consensus analysts’ estimates during the most recent quarter, Bloomberg data show.

So the bad news is you're working harder than ever, but the good news is, your company's profits are way up!

“Very specific skill sets is what will get people hired these days,” said Gary Townsend, president of Hill-Townsend Capital LLC in Chevy Chase, Maryland, a hedge fund that specializes in financial firms. “Companies are able to slice off the weakest members of the team and find very highly qualified and motivated [read: desperate] replacements. There is very little wage pressure.”

So, cheer up, American workers! Because higher stock prices means the economy is better! Whether you have a decent job or not is not really relevant.

P.S. Here's one more line from the Bloomberg article, lest we forget:

The U.S. economy grew at a 2.7 percent annual rate in the first quarter, less than the 3 percent estimate issued last month, according to Commerce Department data released June 25. The economy contracted in five quarters during the recession that began in December 2007, the worst performance since the Great Depression.

So no, FOXies, history didn't begin in January 2009.
Posted by Professor Chaos at 4:26 PM No comments: Links to this post