They find a new low

Just when you think they can't sink any lower. . .

PHOENIX -- Unable to block the federal government from sending refugees to Arizona, six Republican lawmakers want to penalize the charities that help them resettle here.
Sen. Judy Burges of Sun City West, who is leading the effort, told Capitol Media Services she wants to "have a discussion'' about how refugees wind up in Arizona and what costs are incurred by the state.


Well, for a start, I'd say that stopping charities from helping them will add to the cost to your state, but I'm guessing that's not really your point.

Also, that's not how you have a discussion. You don't threaten to punish the people who disagree with you as a discussion starter. 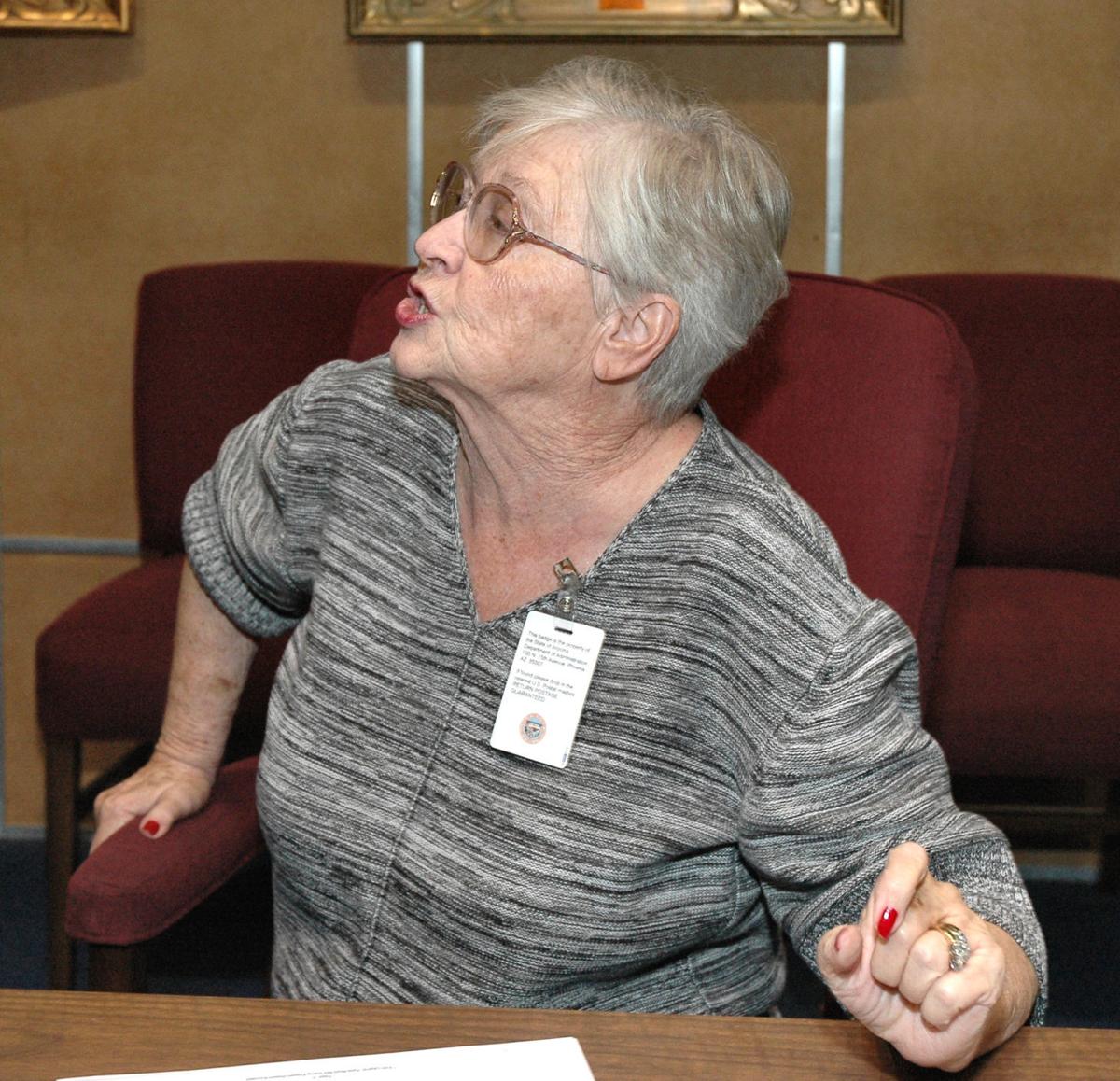 The potentially more far-reaching part of her legislation would impose a fine on charities of $1,000 a day for each refugee it helps place in the state. And if a refugee is arrested, the charity would be financially liable for the cost of arrest, prosecution and incarceration of that person.

Burges conceded that she is using that approach because, realistically, it's the only option available to her to stem the flow of refugees.

When the United states accepts refugees, the United States decides where to resettle them. And, as you should have learned over the last several months of asshole Republican governors trying to keep refugees from their states, individual states do not get to decide whether or not the new arrivals can live in their state. Punishing charities won't change that, it will just make the refugees' lives even harder.

But as other states that have taken similar steps have found, approval of SB 1468 would not stop the refugees. All it would do is mean the federal government would continue to send people to the state, only without cooperation and coordination with the state.
And there is nothing that stops refugees from moving to Arizona once they're in the country legally.


Except the fact that it's Arizona.

The measure concerns Ron Johnson who lobbies for Catholic Charities, one of the groups involved in helping refugees resettle in the state.
"Obviously we're all concerned with proper vetting and national security,'' he said.

"But that's not something we do with Catholic Charities,'' Johnson explained. "Once they're here, we help them: find a job, find a place to live, learn the language, all kind of good things that help them be a part of society so they're not dependent on the government.''

But of course, the cost to the government of AZ is not really what concerns people like Burges. Pretending to worry about costs is a more polite way of saying 'we don't want them durn furriners in these here parts."

And if punishing catholic Charities for actually acting Jesusy is what it takes, well these fine upstanding Christians are willing to do just that. As long as it hurts brown and black people most.


"To punish the Good Samaritans that are trying to help them is a bit misplaced,'' Johnson said. "These people are already here.''
Burges was unsympathetic.

"I've talked to Ron Johnson myself,'' she said. "And I know that they get millions of dollars to administer these programs.''

Yes. I'm sure that's it. Catholic Charities is just raking in all that sweet sweet government cash, that's why they're doing this. Just like all those climatologists are pretending global warming is real so they can get their greedy hands on some of that sweet sweet grant money. That's probably it ecxactly. No one ever does anything good to help people without an ulterior motive!

"She's probably talking nationally,'' Johnson responded, noting there are more than 80,000 refugees being resettled this year.
"I won't deny that helps keep these program running,'' he continued. But Johson said it would be wrong to say that Catholic Charities is somehow making money on the programs.
"There's also local donations to help make ends meet,'' he said.
Burges said she wasn't saying that groups that work with refugees are in it for the money.

"As a charitable organization, they feel it's their responsibility,'' she said. But she said the state needs to have some say over who comes here.

No. No the state doesn't. That's not how this works. At least not yet. As crafted by Ted Cruz and Ted Poe, the State Refugee Security Act would require the federal government to notify a state at least 21 days before a refugee is resettled there. A governor, at his or her "sole discretion,'' could veto the move absent "adequate assurance that the alien does not present a security risk to the state.''

No. States do not get to overrule the Federal Government. Here's a little light reading you might want to take a minute to peruse:


It's from a little document you may have heard of called the UNITED STATES CONSTITUTION. You know that document you all claim to love and revere so much. States do not get to overrule the federal government.

Also, I know you like to pretend that refugees just walk up to the US embassy and get flown over here no questions asked, but they do actually go through a very long, very strict vetting process. The fact that they are being brought here to the United States, THAT IS your assurance that they do not pose a threat. There is no better assurance. A refugee is about a million times less likely to pose a threat than the guys hanging around the shooting range thumbing through issues of Soldier of Fortune and listening to Alex Jones. But of course safety isn't really your concern either, is it?