I can't tell you how much I'm enjoying this guy!

Have I ever mentioned how much I love watching Hunter pence play baseball? Even if you aren't a baseball fan, you should really check him out. Why do I love him? Let me count the ways. Suzanne Warren's got nothin' on those crazy eyes!


He looks like a combination of the Woody Harrelson and Matthew McConaughey characters from True Detective.

This is how he gets to and from the stadium: 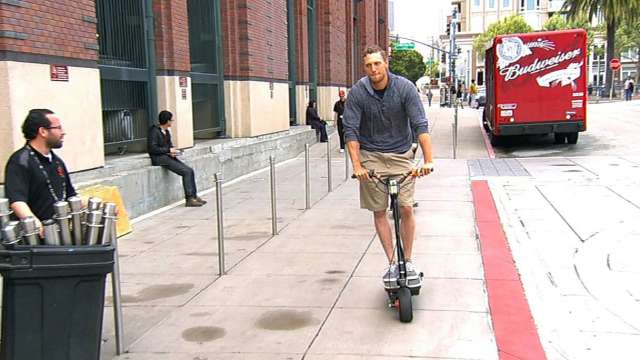 And because this is San Francisco, this is his bobblehead:

Seriously, this man loves his scooter. His scooter got stolen once, and he was heartbroken. He got it back in exchange for a signed bobblehead.

And was back riding it through the corridors of AT&T Park.

But that's not really the point. The point is that Pence is the most fun baseball player to watch ever in the history of baseball.


Every fly ball to right ends up something like this: 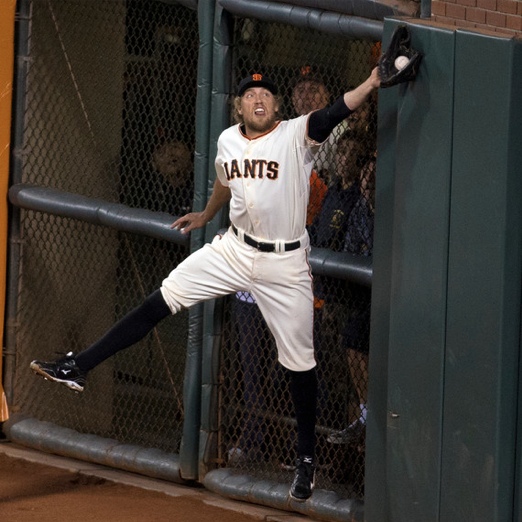 Look at this guy throw!

You'd think he'd never thrown a baseball before, until you see the ball fly a couple hundred feet right on target. He looks like a toddler flinging a toy away. (granted, this is due to a back problem and not just Pence's general eccetricness, but still.)


And, my God, the flurry of arms and legs that is Hunter pence running down to first:

I read an article recently that compared Pence's base-running to a three-legged deer fleeing a forest fire. That deer might be a bit more graceful, but Pence has stolen over 100 bases in his 8-yr career, and just last night beat out an infield grounder to drive in a run. How many three-legged deer can do that? Can't be more than 2 or 3.


And no other player could inspire weird signs like these:

What do they mean? I don't know. Apparently no one does, not even Hunter Pence. Apparently Mets fans started bringing these signs as a response to a Seinfeld-themed Tweet Pence sent out while in New York. I've searched the internet, talked to my brother in San Francisco and apparently no one understands this phenomenon, but the signs persist. Whatever. Hunter pence is not someone about whom you really want to over-think. Just sit back, watch, and let the madness sweep over you.