How is This Not From The Onion?

No, sadly this appears to be a real story, which raises couple of questions.

First, why the hell is anyone interviewing Brownie?
Who thought "ooh, there's a big storm coming, let's get the point of view of America's most notorious flaming fuck-up?"

Well, the answer to that question is:

Which I guess is some sort of newspaper or something in Denver that has no standards or sense of shame.

And speaking of no sense of shame, how the hell is Brownie answering his phone, let alone doing interviews? How is he not spending his remaining days hiding his face in shame, wandering the wilderness looking for chances to do penance?

Advice? Criticism? From Brownie? You might a s well ask Justin Verlander for advice on how to pitch Pablo Sandoval!

Colorado is not facing any danger from Hurricane Sandy, but the effects of the storm can still be felt here, with the Obama and Romney camps canceling scheduled rallies.

That is not "feeling the effects." "feeling the effects of the storm" would include things like losing your home and drowning. Being spared a couple of political rallies is not even in the ballpark. You're one sentence in and already you're a laughable hack.

Today, we decided to check in with a local expert on natural disasters who also has a perspective on potential political ramifications of Sandy: Michael Brown

Okay, that must be a different Micheal Brown, because the Micheal Brown who was such a spectacular failure during Katrina must be keeping a super low profile to avoid being pelted with rocks and garbage.

He feels Obama may have jumped the gun with his first announcement about the storm, which is expected to hit the East Coast tonight.

Yes, everyone knows you wait until AFTER the storm hits before you begin thinking about whether to do something about it!

According to Brown, who famously dubbed "Brownie" by President Bush, [sic]  it's unlikely that Hurricane Sandy will dramatically impact the presidential race and news coverage in the final week of the election. However, he has some words of advice for the president and his reelection team. 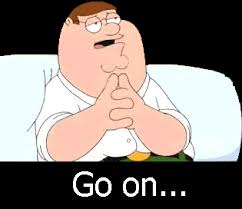 Holding a press conference at FEMA yesterday might have been a bit premature, given that the most serious impacts of the storm are not expected until later today, he feels.

Yes, why would you hold a statement BEFORE the worst of the storm? After the storm hits is the perfect time to call a press conference to say "everyone should have evacuated."
"Also, Rite Aid had a good deal on batteries last week, should have stocked up on those!"

"Here's my concern," Brown says. "People in the northeast are already beginning to blow it off.... [New York City Mayor Michael] Bloomberg has shut down the subway...[launched] evacuations.... I don't object...they should be doing all of that. But in the meantime, various news commentators...[and others] in New York are shrugging their shoulders, saying, 'What's this all about?'
No. No one is asking that. No one is looking at the weather maps and asking "what's the big deal?" 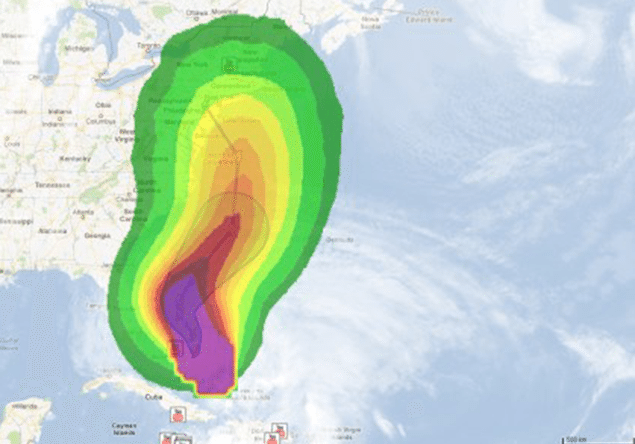 Brown says he understands why the president might have chosen to have a news conference earlier rather than later.

Because he's not a moron?

"My guess is, he wants to get ahead of it -- he doesn't want anybody to accuse him of not being on top of it or not paying attention or playing politics in the middle of it," he says. "He probably figured Sunday was a good day to do a press conference."

For a FEMA director, Brown says, timing is always an important question: When is it most effective for the president to make an announcement?
"He probably could've had a little more impact doing it today," says Brown

Yeah, press conferences have way more impact when a lot of your intended audience has no electricity! 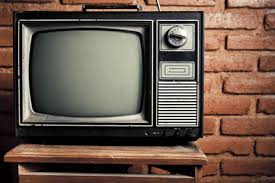 What a powerful message! Probably.

Brown expects that in the coming days, there will also be comparisons between Obama's quick response to Hurricane Sandy and his slower response to the attacks in Benghazi, which has become a challenging campaign issue for the president.

If by "challenging campaign issue" you mean "thing that some dicks keep lying about," then yeah.

"One thing he's gonna be asked is, why did he jump on this so quickly and go back to D.C. so quickly when in...Benghazi, he went to Las Vegas?" Brown says. "Why was this so quick?

Wow. Really? Let's pretend for a second that you're right, that the President did go to Vegas instead of responding to the Benghazi attack.  How is your question "why so quick?" Shouldn't your objection be to the slowness of the Benghazi response? (Again, this is in your fictional world in which the President ran to Vegas instead of responding) Why was this so quick? That's your objection? Are you mad because he's screwing up the grade curve?

There's more to the interview. You can read it here if you're interested. http://blogs.westword.com/latestword/2012/10/michael_brown_fema_obama_hurricane_sandy.php

It's almost funny if it weren't so maddening. The guy has learned nothing. He has no sense of shame or decency. And of course, he has failed up. No matter how much a right winger fucks things up, someone will give him a radio show or a newspaper column, or  a position at a "think tank." Being a right-winger is a pretty good racket.

Jeb's Delicate Sensibilities have been offended!

Former Florida governor Jeb Bush is blasting President Barack Obama for demeaning the office of the presidency Friday, citing his barnyard epithets and snarky comportment toward GOP nominee Mitt Romney, and likening it to the behavior of a "10-year-old."

Asked if the president’s personal attacks demean the office of the presidency, Bush replied: “It does, but here’s the sad reality: We have a temporary time in American history where our culture has been coarsened, where people’s expectations are low. We’re living in a different time.


Yes, Obama has coarsened our culture.

Never in our history has a sitting president used such a foul expression.

It's really shocking to consider how lofty our presidential rhetoric was just a few years ago.

What's next? Calling a reporter a "big time asshole," or telling a Senator to go fuck himself on the Senate floor?

“When you act like that, it’s kind of hard to say as a parent to your child, ‘You could be a president of the United States.’ Maybe there are other avocations that might be something that would create greater pride. Sadly, when you act that way, people begin to diminish the importance of the presidency,” Bush said.


Yeah, I'm pretty sure that if the president is, as you say acting like a ten-year-old, it would be easier to say to a child that she can aspire to be president, wouldn't it?
But sure, calling a bullshitter a bullshitter, that's what diminishes the office of the presidency. Not being asleep at the switch on 9/11, not lying the country into a disastrous, illegal war. Not tossing aside habeus corpus, authorizing torture, or approving warrantless wiretaps. Not even the seeming inability to string together a coherent sentence. No, what diminishes the office of the presidency is calling a liar a liar. Obviously.
Posted by Professor Chaos at 6:02 PM No comments:

Seriously, fuck you.
Posted by Professor Chaos at 5:42 PM 1 comment: