Suzanne Somers should really consider just shutting the fuck up.


Remember how the Wall Street Journal was once one of the country's most respected newspapers? Me neither, but ask your grandparents, they'll probably remember. 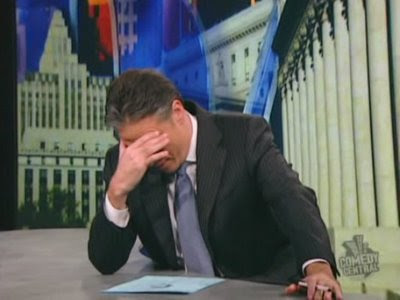 What makes this even more of a beat-your-head-against-the-wall moment is the banner the Journal put above the column by Suzanne Somers:

Yes, in the eyes of the once-prestigious Washington Post, Chrissie Snow is an "expert" on the affordable care act.

We know Suzanne Somers is an expert on medical issues because we remember her 2009 discovery that chemotherapy is what actually killed Patrick Swayze, based on her extensive medical training and research consisting of "Hmm, he was alive, then they gave him chemo, now he's dead, ipso facto chemo killed him! I am so smart, I am so smart!"

S-M-R-T, I mean S-M-A-R-T!
﻿
So, I think giving her a column in what was once one of the top newspapers in the country is a really just bizarrely stupid idea, but, hey, I could be wrong. Maybe she really is an expert. Let's take a look at what she has to say on the subject.
SUZANNE SOMERS: As a writer of 24 books mostly on health and wellness and by using my celebrity to get to the best and brightest doctors, scientists and medical professionals in the alternative and integrative health-care world, I have come to the following conclusions:
First of all, let’s call affordable health care what it really is: It’s socialized medicine.


Oh, nice try! You got two whole sentences in without saying something blatantly false! Socialized medicine is what the rest of the civilized world has. I mean, we have it, too, in the form of the VA, Medicare and Medicaid, but the Affordable Care Act still has private for-profit companies providing the insurance, so totally not socialized medicine. I’ve had an opportunity to watch the Canadian version of affordable health care in action with all its limitations with my Canadian husband’s family. A few years ago, I was startled to see the cover of Maclean’s, a national Canadian magazine, showing a picture of a dog on an examining table with the headline, “Your Dog Can Get Better Health Care Than You.” It went on to say that young Canadian medical students have no incentive to become doctors to humans because they can’t make any money. Instead, there is a great surge of Canadian students becoming veterinarians. That’s where the money is

Ooh, anecdotal evidence! Well, since that's what we're doing, Let me tell you my anecdotal evidence. A couple years ago, the missus and I went to Montreal to visit some of her relatives. At some point, the conversation turned to healthcare. They had some complaints about their system, but when I asked them if they'd like to exchange their healthcare system for the US one, they laughed and laughed and laughed. And they are what's known as "snowbirds" meaning they spend a lot of time in Florida during the winters, so they have some points of comparison. But do go on, you were saying that no Canadians are becoming people doctors anymore?

All of my husband’s cousins are doctors.

All of my husband’s cousins are doctors. Several have moved to the U.S. because after their years of intensive schooling, they want to reap financial rewards.

My God, a system in which doctors don't become as rich as they otherwise might? The horror!

Affordable care will allow for pre-existing conditions. That’s the good part for retirees. But, let’s get down and dirty; the word “affordable” is a misnomer. So far, all you are hearing on the news is how everyone’s premiums are doubling and tripling and it doesn’t take a rocket scientist to recognize that the whole thing is a big mess.

See, now, back when newspapers had people called "editors" (ask your grandma) this is where that "editor" would step in and say, "Hey, wait a minute. This woman's no 'expert.' She just knows about 'all she hears on the news.' Please send her a polite rejection letter and let's get an actual expert, maybe someone who knows that rates are, in fact, going down for a whole lot of people."

Plus, even after Obamacare is fully implemented, there still will be tens of millions of people not covered. So what’s the point? Medical care will be degraded, the costs will skyrocket, and most frightening of all, your most intimate and personal information is now up for grabs.

Is any of that true? Let's start with the "personal information up for grabs" part. That has already been debunked everywhere other than inside the FOX News bubble. Will tens of millions still be uncovered? Seems like you ought to have some sort of citation for that kind of statistic. Maybe it is true, but that's tens of millions fewer uninsured than we have now. And you want to know where they don't have anybody not covered? Think for a second, you can get this one. . . . Yes, it's CANADA!
Also England.
And Germany.
And France.
And, well, you get the picture.

But I see what you're doing there. It's a common technique used by righties when they have no legitimate argument. Obamacare won't cover 100% of the people, so let's not have Obamacare. Gun control won't prevent 100% of all murders, so let's not have gun control. Etc, etc, etc. It's really so tiresome.

Well, since retirees are generally covered by Medicare, I'm not sure any of them will be affected by the ACA.

But frankly, the economic ramifications with our already swollen debt load don’t add up.

Trying to use big words is only cute when you're a little kid. You're a grown woman and it just makes you look kinda sad. It would have been adorable if she had tried to use the word "ramifications!"

Retirees who are on Medicare will suffer the consequences of 700 billions of Medicare dollars instead being used to cover the skyrocketing cost of Obamacare. In essence, less dollars for seniors, means less service. Not fair.


Oh my God, how many times does that factoid need to be debunked?


So, yeah, heck of a job, there, WSJ editorial board! Way to flush the last vestiges of credibility you still had! I'm sure Rupert will be pleased. 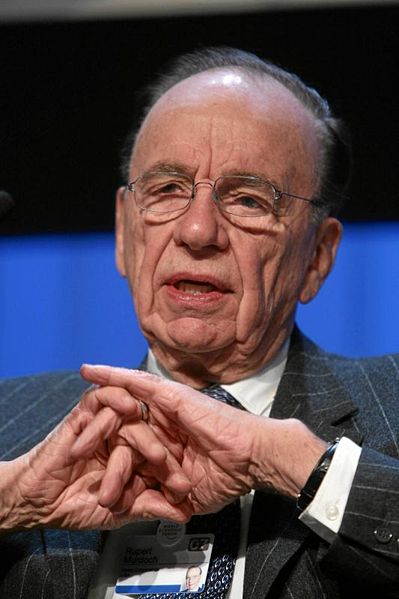 Exxxxxxcellent!
Addendum: The WSJ has issued the following correction which indicates that Somers' original column must have been even more batshit insane than the version I read:
CORRECTIONS AND AMPLIFICATIONS:
An earlier version of this post contained a quotation attributed to Lenin (“Socialized medicine is the keystone to the arch of the socialist state”) that has been widely disputed. And it included a quotation attributed to Churchill (“Control your citizens’ health care and you control your citizens“) that the Journal has been unable to confirm.

Wow, I'm sorry I missed the version where she makes up quotes and attributes them to Lenin and Churchill. That must have been a doozy!
﻿
﻿
Posted by Professor Chaos at 6:34 PM 1 comment: Links to this post