I swear to God, the more I hear about Ted Cruz and his lunatic father, the more they creep me out.


Ted Cruz’s Dad: “The Average Black Does Not” Understand The Minimum Wage Is Bad 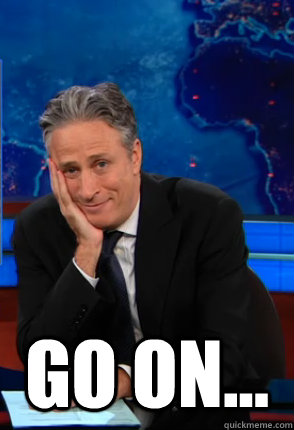 The father of Republican Texas Sen. Ted Cruz said black people “need to be educated” about Democrats, so that they will vote Republican. Rafael Cruz, who made the comments at the Western Williamson Republican Club’s August meeting, added “the average black does not” understand that the minimum wage is bad.

Um, yeah. . . the "average black" somehow just doesn't understand  that thing that totally isn't true and is pretty much the opposite of true. Go figure!

During the speech, Cruz spoke at length about a recent conversation he said he had with a black pastor in Bakersfield, California.


The black pastor that he totally made up? Probably.

“I said, as a matter of fact, ‘Did you know that Civil Rights legislation was passed by Republicans? It was passed by a Republican Senate under the threat of a filibuster by the Democrats,’” Cruz said. “‘Oh, I didn’t know that.’ And then I said, ‘Did you know that every member of the Ku Klux Klan were Democrats from the South?’ ‘Oh I didn’t know that.’ You know, they need to be educated.”

Yes. The Democratic Party used to be the party of choice for white Southern racists. Excellent point.

Telling people they should vote for Republicans because of the Civil Rights Act filibuster is like saying you should bet on the Dallas Cowboys to win the Super Bowl this year because Staubach is such a great quarterback. Because you know perfectly well which party is infected with the white southern racists these days.

“I am going to try to encourage everybody I can to buy a book written by a black journalist. His name is Jason Riley. He wrote a book called Please Stop Helping Us, talking about how all the handouts to blacks have kept blacks in the poorhouse. And I’ll tell you what, I am going to make it my task to buy 15 to 20 copies of that book and hand it out to some black leaders to read.”


Oh, good. That should earn you 15 to 20 punches in the nose! Black leaders probably love being told what they should think by some raving lunatic racist. I know I would!


Yeah, it's a real shame that the "average black" doesn't understand total bullshit that isn't true.

Posted by Professor Chaos at 6:36 PM 6 comments: Links to this post