The Bible has a casting problem

The husband and wife team behind History Channel's "The Bible" miniseries issued a statement in response to accusations that the actor cast in the role of Satan was chosen due to his vague resemblance to President Barack Obama:


“The actor who played Satan, Mehdi Ouzaani, is a highly acclaimed Moroccan actor. He has previously played parts in several Biblical epics – including Satanic characters – long before Barack Obama was elected as our President,” said Burnett and Downey.
“This is utter nonsense.”


Okay, I'm perfectly willing to assume that he was not chosen due to his resemblance to POTUS.  But you know what? You've still got a serious problem with the casting here.
Let's see if we can spot a pattern here:

You may have to answer him these questions three. 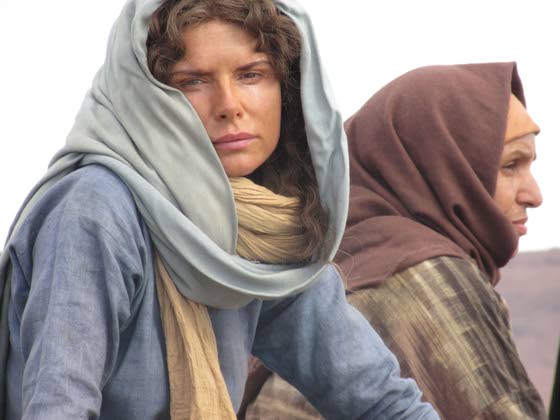 But Satan, the embodiment of evil?


I don't even care if he bears a resemblance to the President, why are you casting a black guy as Satan? Why would you assume that Satan would be black? Especially when you apparently assume that all of the ancient Hebraic characters would look like lily-white Europeans? You couldn't find anyone whose ancestors came from the Holy Lands?


So, yeah, maybe it's a coincidence that Mehdi Ouzaani sort of looks like Barack Obama in 20 years, but how are these casting decisions not just a teensy bit, oh, I don't know. . .racist?


Oh, and by the way, if this hand-hole is at all indicitave of your production values. . .

. . . I wouldn't be clearing out any space on your Emmy shelf.


Oh, wait, the Emmys are terrible! You'll probably need to add a shelf.

Posted by Professor Chaos at 9:01 PM 8 comments: Links to this post