The strange rise of Pete Buttigieg

So Pete Buttigieg seemingly has come out of nowhere. Actually South Bend, IN a suburb pf nowhere. Somehow this guy no one had heard of a year ago has managed to become one of the front-runners in the race for the Democratic nomination for the Prresidency. On the surface, it doesn't make sense.But dig a little deeper and nothing about Buttigieg makes sense. How did a guy with no resume', no ideas, and no charisma manage to transform hiumself into a political power player overnight? And when I say "no charisma," I'm being generous. Dude is creepy as fuck. I don't know how he was able to be the mayor of South Bend when he lives in Uncanny Valley. It's like he's learned how to immitiate human emotions and facial expressions, but it still just isn't quite right.
I mean, my God - when he smiles, my blood runs cold! 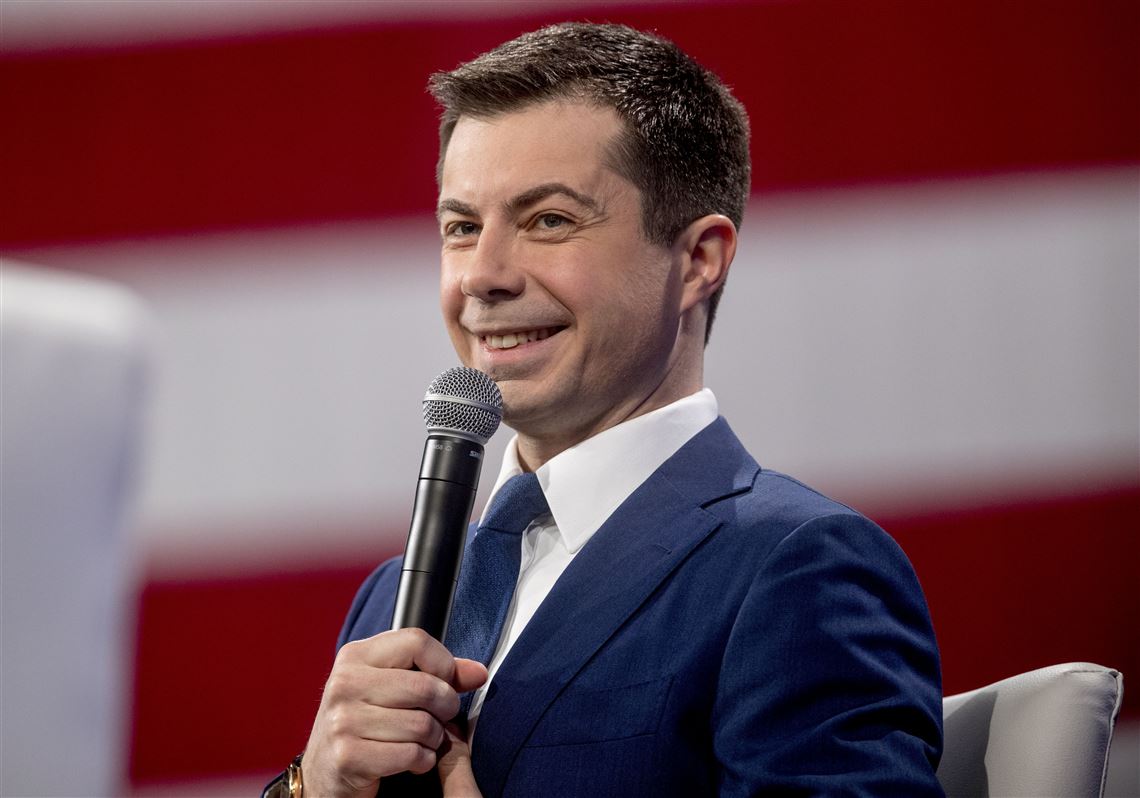 I've only ever seen one other person whose smile was so chilling, so malevolent, so sociopathic.

But anyway, that's neither here nor there. His not-quite-human demeanor is the least weird thing about the Buttigieg story. (And I will continue to refer to him as Buttigieg, not as "Mayor Pete," because I've finally learned how to spell Buttigieg and I'm kinda proud of myself.)


So what's so odd about Buttigieg's CV? Well, let's start with his military service. I didn't think there was anything strange about a young man having served in the army until yesterday when I saw this:

Pete Buttigieg is misleading voters about his ‘military’ record. He pulled some strings and got in with no training, no boot camp, no anything and very briefly did office work in a cubicle on a base in Afghanistan for a few weeks and quickly left: https://t.co/tSBqJEgBzK
— MARK SIMONE (@MarkSimoneNY) February 9, 2020


How is that possible? Apparently, there is a way to join the military without going through boot camp, but the Wall St Journal won't let me read the article without subscribing, so I don't know what it is. But somehow, his entire military career lasted about 9 months, according to this article in The Hill and that time was spent

. . .in the Afghanistan Threat Finance Cell (ATFC) in Kabul, The ATFC “identifies and disrupts Taliban, Al-Qaida and other insurgent financial support networks in Afghanistan.”

Because that seems like a typiocal posting for someone who joined the Naval Reservs 10 minutes earlier. And who majored in History and Literature at Harvard. And then worked for a business consulting firm specializing in downsizing and price-fixing. Seems like the exact sort of person to be tasked with disrupting the flow of money to the Taliban and Al Queda. And I would have thought he was maybe a small cog in the ATFC machinery, a pencil-pusher, a number-cruncher. But no, according to the Hill:

">And he did this, mind you, WHILE serving as the mayor of South Bend. How does that work? Who gets elected mayor and says "Well, I've got a lot of spare time on my hands, think I'll join the Navy?"


Harvard, Oxford, Rhodes scholar, McKinsey Consulting - that is checking all the boxes for guy who gets recruited by the CIA. (Or MI-6) 
Of course he did! Of course he fit right in with those FBI agents. I'd be surprised if he hadn't.

Then there's his odd little "Vacation" to Somaliland.

Which we will have to discuss in part 2. But I will leave you with this article from USA Today:

Whaty is it that would make this collection of spooks, coup-plotters and regime-changers throw their weight behind a small-town mayor from Indiana?