More People at CPAC Who are Smart, Know Things 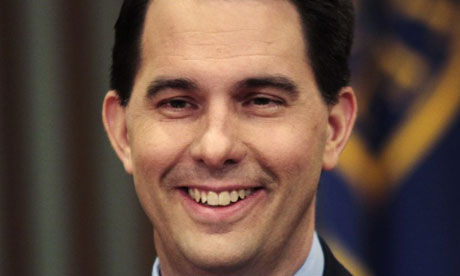 It is impossible to find a picture of Scott Walker
in which he does not look like a drooling imbecile.


At the Conservative Political Action Conference (CPAC) just outside Washington, DC, Wisconsin Governor and likely presidential candidate Scott Walker was asked what his plan would be, were he in the White House, to combat the terrorism perpetuated by the Islamic State In Syria (ISIS).


"And don't forget," they neglected to add, "that your answer must include the false assertion that Barack Obama is doing nothing about ISIS because he loves terrorists so much he wants to marry them."

“We need have someone who leads and ultimately will send a message that not only will we protect American soil, but…freedom-loving people anywhere else in the world. We need that confidence,” he said. “If I can take on a hundred thousand protesters, I can do the same across the world.”


Oh fuck you.
You snide, simpering little piece of shit.
You "stood up to" 100,000 peaceful protesters, did you?
And you expect people to be impressed?
Is that what you think ISIS is? You think that they wave signs and chant about how you must go? Is that how you see them?
Or do you see the people of your state, as they exercise their Constitutional rights of free speech, free assembly and the freedom to demand a redress of grievances as murderous terrorists?
Because out here in the sane community, we have a hard time seeing how you draw any parallel between a bunch of Wisconsonites trying to save their bargaining rights and a bunch of psychotics who behead people and set them on fire.
And fuck you for trying to make that comparison. Fuck you so hard!

Next up, a newcomer, Ms Tomi Lahren. 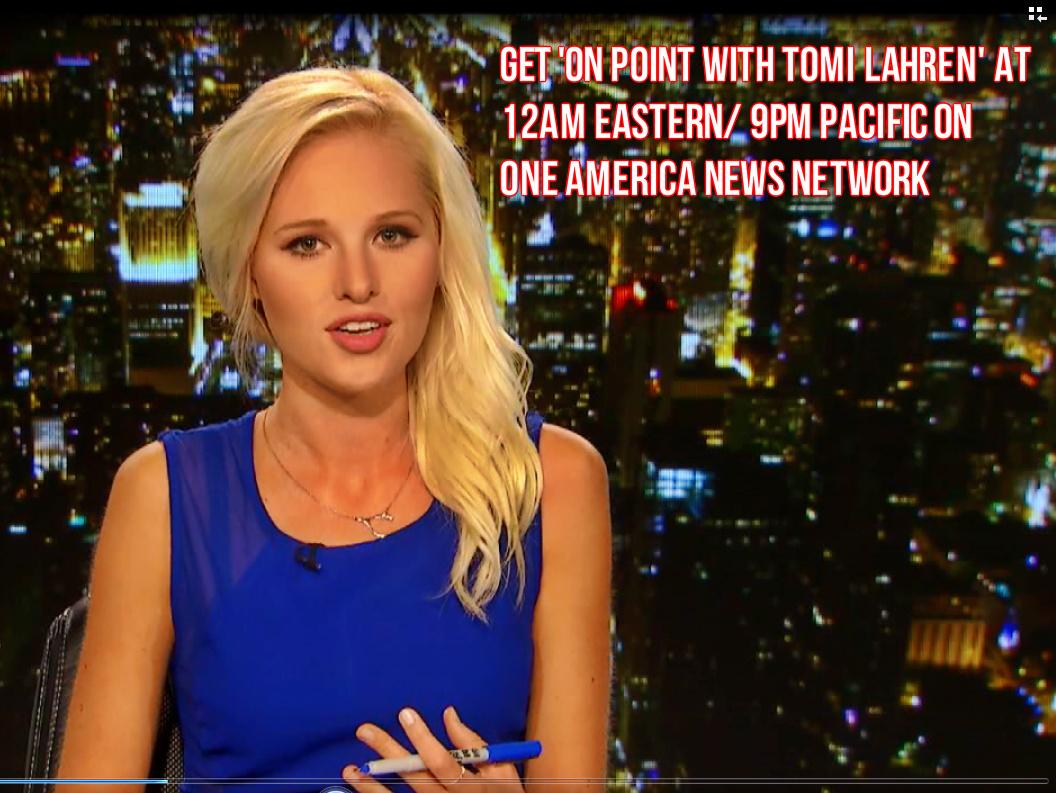 Cut from the FOX female anchor cookie-cutter, blonde, pretty and dead behind the eyes, Ms Lahren is the sort of person about whom the song "Pretty Vacant" might well have been written. Somehow, though, she is not actually employed by FOX, but by something called "One America News Network," which I assume is FOX's minor-league team?

Anyway, she started off just sort of garden-variety dumb:


“According to those on the outside we are the party of old, rich, white males. But I have a little bit of a problem with that, because I don’t really fit into that narrow box. Let’s see, one: Old. Well, I’m 22 years old.
And rich, which almost makes me laugh out loud. I grew up in South Dakota, so that’s smack dab in the middle class in middle America.

And white? OK, you got me there.
But unlike my friends on the left, I’m not going to stand up here and apologize for being white, because I am what I am, and I’m sorry, you can keep your white guilt.


And lastly, male. Hm. The so-called ‘War on Women’ is somewhat problematic for someone like me, because last time I checked I don’t hate myself and I’m not at war with myself. Ladies, can we agree on that? Anyone?


What the hell does your self-hatred, or lack thereof, have to do with the War on Women? Whether you like yourself or not has no bearing on how many roadblocks the GOP has put between women and abortion clinics. How highly you may or may not think of yourself has nothing to do with Republicans opposing the Lily Ledbetter Act, or any other equal-pay legislation.


See, women like Sandra Fluke will have you believe the only way to be pro-woman is to lobby for free birth control. But, sorry, hun, I’m a Republican, and I can take care of myself. And besides that, I don’t know about you, but I don’t really want the government anywhere near my body or my health choices, because have any of you seen how Obamacare or ‘healthcare dot dud’ has been working out?


You don't want the government near your body or health choices, so you're a member of a party that opposes reproductive rights? A party whose stated goal is to make abortion illegal. That doesn't seem to you like the government making medical choices for you?
And yeah, we have seen how Obamacare is working out.

Obamacare Is Working: Millions More Are Insured Than A Year Ago

For Tens of Millions, Obamacare Is Working

So, I think we’ve gone through this: Old, rich, white males. I want to remind you, let’s look at the top three Democrats for 2016. You’ve got Hillary, Elizabeth Warren, Joe Biden? Old, rich, white, and if the pantsuit fits, male too?


Um, fuck you?
Seriously, your argument against Hillary Clinton is that, what, she's not as pretty as you? She doesn't make important policy speeches dressed like she's attending a sorority mixer? She doesn't dress or act like you, so you're going to challenge her gender identity? Or whatever the fuck you're trying to imply? Fuck you, you child. You have no idea what the real world is like. Do you even realize why you're at this hatefuckfest? Because some lech like Dick Morris or William Krystol saw you, thought you were hot, figured out you could string together a sentence better than their last conservative lady crush and were capable of tossing red meat to the mouth-breathers.That's it. That's your entire list of qualifications.
They don't think you're smart. No one thinks that. Anyone with functioning ears can hear what a moron you are. But some operative has figured out a way to make money off you and can't wait to pimp you out to FOX and Limbaugh and anyone else with a couple of bucks and a taste for right-wing temptresses. And once your 15 minutes are up, you'll be tossed aside like another Joe the Plumber or Carrie Prejean.

And there's plenty more just like you when they tire of you.