The AFA sends me things

I get e-mails from the American Family Association from time to time. They generally range from the unintentionally humorous to the outrageously offensive. So this latest was not at all unexpected:

I would like to at this time condemn your tyrannical abuse of English Syntax, but that's not really germane to the matter at hand. Seriously, though - is that supposed to be a sentence? You would think that the person whose job it is to write press releases would have a working knowledge of sentence structure. Maybe at least a high-school level of competency in English composition. But anyway. . .

“This is a tyrannical, abusive and utterly unconstitutional display of judicial arrogance. Judge Walker has turned ‘We the People’ into ‘I the Judge.’

Honest to God, Timmy, you people just have no idea how our system works. We have here in America what is known as a Constitutional Republic. It's not set up to be a direct democracy. We have rules set up in a little document that you people pretend to love called the "Constitution." And one of those rules is that if a law gets made and someone thinks it may be in violation of the Constitution, there are courts and judges whose job it is to examine that law and decide whether or not it is allowed by the Constitution. That's how the Founding Fathers set things up. It's called "Judicial Review," and you should have learned about it in school.

“It’s also extremely problematic that Judge Walker is a practicing homosexual himself. He should have recused himself from this case, because his judgment is clearly compromised by his own sexual proclivity."

Yes, only a heterosexual judge would be un-biased in deciding whether heterosexuals should have more rights than homosexuals. 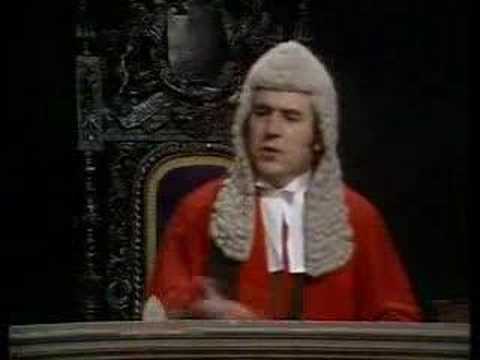 The fundamental issue here is whether homosexual conduct, with all its physical and psychological risks, should be promoted and endorsed by society.

How is that the fundamental issue? I mean, seriously, the fact that you and your fellow nutjobs imagine that there are imaginary "physical and psychological risks" inherent in homosexual conduct should not have any bearing on anything. I happen to think that there are serious psychological risks in living your life as a repressed, hate-fueled, bigoted, self-righteous prig, but I certainly recognize your right to choose that lifestyle.

And why are you people always so afraid that gayness is going to be "promoted and endorsed" by some entity or other. Do you really think that if the gay people come up with a clever enough marketing campaign young hetero people will find themselves talked into switching teams? Society has been promoting and endorsing hetero relations forever, but somehow the gay people remain unconverted. Shouldn't that tell you that it is impossible to convince someone to change their sexual orientation?

That’s why the people and elected officials accountable to the people should be setting marriage policy, not a black-robed tyrant whose own lifestyle choices make it impossible to believe he could be impartial.

Or, it's no different than a judge who is, say, a Christian being asked to rule on a separation of church and state case. A Christian judge would have to recuse himself, he couldn't possibly be impartial.

Or the next time there's a group of, say, firefighters bringing a reverse-discrimination case, obviously all the white judges would have to be disqualified! I'm just using your logic.

I might go so far as to say that this ruling was very very VERY bad behavior! Although the term "bad behavior" is obviously subjective, obviously a matter of opinion, so I wouldn't be so stupid as to use the phrase "in fact" in my assessment, since no behavior can ever be good or bad as a matter of "fact," only in the judgment of the observer, but don't let that get in the way of a pompous rant.

- in fact, it’s very, very bad behavior - and we call on all members of the House of Representatives who respect the Constitution to launch impeachment proceedings against this judge.” 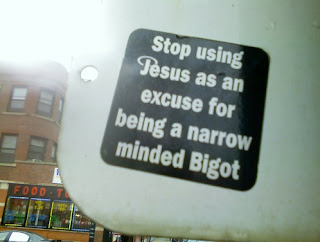 "Judge Walker's ruling overturning Prop 8 is an outrageous disrespect for our Constitution and for the majority of people of the United States who believe marriage is the union of husband and wife."

Yes, a sacred union between a husband and a wife, designed by God Himself to last for several years, you know, until the wife starts to get a little on the "older" side, or gets all cancery on you.
Then, as has been the tradition since the dawn of civilization, the husband runs off and marries the mistress. And if the sacred bond between a wife, a husband, and the husband's lover is not respected by judges, well I just don't know what will happen to the institution of hetero temporary unfaithful marriage.
Posted by Professor Chaos at 10:26 AM 1 comment: Links to this post