I swear to God, If I Hear One More Freakin Word About Oprah Winfrey, I'm going to Snap!

I'm sure Oprah is a good person. I've heard she does a lot of nice things for people. I know she built a school and all that. I have nothing personally against Oprah Winfrey. But dear God, it's just a talk show. Why are we acting like Oprah retiring her silly fluff-TV show is some sort of national tragedy?

On the way home from work, I caught a bit of the Randi Rhodes show (not really a fan, but it's nice to have a progressive voice on the air in Atlanta) and I had to turn the station. She spent two segments getting verklempt over Oprah and how much she means to people and on and on. She actually said that when people ask why she believes in God, she answers "Oprah." And I don't think she was joking.

I don't think she was joking because she also said, and I'm probably paraphrasing a little here, but she also said "If Oprah isn't God, God definitely works through her." 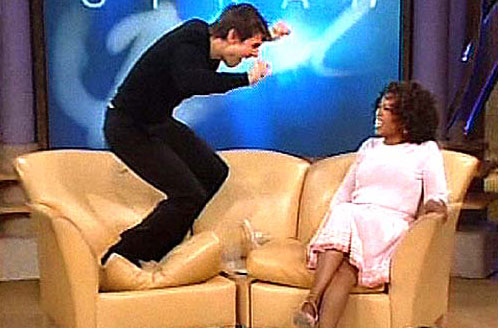 God. Seen here working in mysterious ways.
And here's the thing about Oprah. Before she became the queen of afternoon fluff, she ushered in an era of trash TV from which the industry has yet to recover. Before Oprah came along, there was Phil Donahue. And Phil Donahue and his guests and audience would talk about the things which in those days were known as "issues." Oprah took Phil's format, dragged it down to the local carnival and put it to work in the sideshow.

Instead of discussing issues, Oprah's show was about trannies and fetishes and extra-marital affiars. 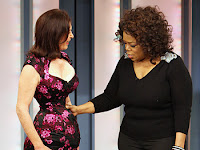 And freaks. Lots and lots of freaks.
Soon, there came Geraldo Rivera 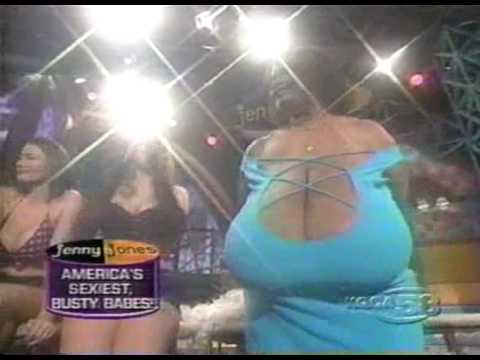 And Sally Jesse Raphael
and Maury Povich
and Montel Williams
And on and on until you get to Jerry Springer, then Tyra Banks, and even Wendy Williams.
None of that is possible without Oprah Winfrey paving the way.
In fact, you could arguably draw a straight line from Oprah to Snooki.

Also, she gave us these folks:

So, please, let's not act like Oprah is some sort of national treasure. Again, I'm sure she's a very nice person who does many nice things. I have nothing against her personally, but for fuck's sake, it's just a dumb fucking talk show.
Posted by Professor Chaos at 6:04 PM 5 comments: Links to this post