Richard Cohen is worse than I thought

So I thought that maybe Richard Cohen's "hey, maybe slavery wasn't such a great thing after all" column was some sort of aberration, I mean he does have a regular column in one of the top papers in the country, so I figured he must have some sort of intelligence or insight or something that makes him worth reading.

The day after Chris Christie, the cuddly moderate conservative,

Okay, Richard, I've gotta stop you right there. I know you haven't even completed your first sentence, but "Cuddly moderate conservative?" By what standard could Chris Christie possibly be considered "moderate?" I guess if your spectrum runs from Dennis Kucinich on the left to Attila the Hun on the right, Christie might be in the moderate conservative section along with Genghis Khan and Ming the Merciless. But cuddly? 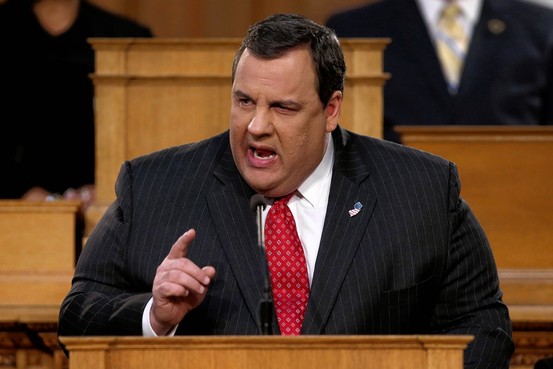 Unless, is "cuddly" a euphemism for fat?

He's the cuddliest motherfucker ever to scream at a schoolteacher!

The day after Chris Christie, the cuddly moderate conservative, won a landslide reelection as the Republican governor of Democratic New Jersey, I took the Internet Express out to Iowa, surveying its various newspapers, blogs and such to see how he might do in the GOP caucuses, won last time by Rick Santorum, neither cuddly nor moderate. Superstorm Sandy put Christie on the map. The winter snows of Iowa could bury him.

Sure, let's pretend Iowa is relevant. Their whopping 6 electoral votes have been known to be the deciding factor in at least zero past elections.

From a Web site called the Iowa Republican, I learned that part of the problem with John McCain and Mitt Romney, seriatim losers to Barack Obama, “is they were deemed too moderate by many Iowa conservatives.”

And yet, both of them won their Republican primaries.. And if either of them had carried Iowa in the general election, they would still have lost. And since Iowa went for Obama in 2008 and 2012, it seems unlikely that they would have preferred a candidate further right than McCain or Romney. Either way, If Christie's running for president, which he almopst certainly is, he does not need to worry about fucking Iowa. In 2008 Mike Huckabee won the Iowa caucus. How much good did that do him? You know who didn't win Iowa? Ronald Reagen in 1980. Seems to me he did pretty well in the rest of the campaign.
And 2012, how did the Iowa caucus turn out? Just ask President Santorum!

Iowa not only is a serious obstacle for Christie and other Republican moderates,

Iowa not only is a serious obstacle for Christie and other Republican moderates, it also suggests something more ominous: the Dixiecrats of old. Officially the States’ Rights Democratic Party, they were breakaway Democrats whose primary issue was racial segregation. In its cause, they ran their own presidential candidate, Strom Thurmond, and almost cost Harry Truman the 1948 election. They didn’t care. Their objective was not to win — although that would have been nice — but to retain institutional, legal racism. They saw a way of life under attack and they feared its loss.

What an apt analogy! Except that the Iowa Republicans aren't going to break off into their own party or nominate their own candidate. The only real comparison is the racism.

Today’s GOP is not racist, as Harry Belafonte alleged about the tea party, but it is deeply troubled

Not racist? Says who? You can't just make that blanket statement without something to back it up.

Gee, where does Belafonte get these crazy ideas?

So, anyway, up 'til now, it's just idiotic drivel, but here comes the truly awful part:

People with conventional views must repress a gag reflex when considering the mayor-elect of New York — a white man married to a black woman and with two biracial children.

Wait, what? What the fuck?

That seriously reads like something you'd see on Stormfront or something.  You think that someone who gags at the sight of an interracial couple is a person with "conventional views?" Blatant racism is a conventional view?

(Should I mention that Bill de Blasio’s wife, Chirlane McCray, used to be a lesbian?)

NO. No you shouldn't. Not in this context. If you want to mention that fact in a discussion about the fluidity of human sexuality, then sure, mention away. If you're discussing things that bigots are disgusted by, no. Don't mention.

Seriously, how long is the Washington Post going to continue to let this ass be a part of their op-ed page? Aren't they embarrassed? Have they no shame?

Posted by Professor Chaos at 6:56 PM No comments: Links to this post