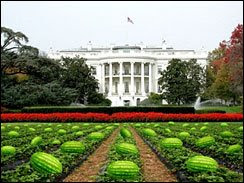 Glen Beck has always been an asshole. And a smug, smirking little asshole at that. This is a guy who accused a U.S. Congressman of "working with our nation's enemies," asked a guest on his show whether Obama might be "the Antichrist," speculated that dennis kucinich had given his wife "the date-rape drug," etc. etc. etc.
But now Beck has accomplished something previously acheived only by the cackling witch Ann Coulter - he has made Bill O'reilly seem like the voice of reason! Beck is actually suborning armed insurection against the US government. Now, he won't come right out and say, "let's have a civil war," even Fox might fire you for that, and he's too much of a weasel, Instead, the conversation went like this:

O'REILLY: But you're predicting it.

O'REILLY: I would rather starve, Beck. Than knock on your bomb shelter door asking you for food.

O'REILLY: I'll go down before I do that.

BECK: Listen, here's the thing. You come near it, you will. Anyway, here's the thing. It's -- I don't bring this up, because I want it. I bring it up to warn people...
Glenn Beck is just bug-eyed, poo-throwing crazy. What the hell is it going to take to get this owl-casting of a human being off the air and locked up in an asylum where he belongs?
Posted by Professor Chaos at 6:18 PM No comments:

The most ignorant ass-clown to emerge from the last election cycle has somehow gotten another extension on his 15 minutes of fame. He has "written" a book which has somehow been published.
This makes no sense, unless the title of the book was "How to Achieve Unwarranted Fame through Unrelenting Douchebaggery."
But no, it is entitled "Something, Something American dream by some Ghostwriter."

Let me get this straight "Joe," if that is your real name, which it isn't, you stumble into a microphone, ask a spectacularly uninformed question, and now you're some kind of spokesman for conservatives? I know a lot of conservatives, and frankly, you don't represent them. Most of them are reasonable, intelligent people who aren't tax cheats (in other words, the opposite of you.) So now you are a part of the Republican Party's devolution from the party of these guys:

To the Party of these Stooges:

UPDATE:
11 entire people show up to see Joe at Borders. (Most were just in the store anyway and thought theyd'd stick around and watch the train wreck) --Link--http://www.washingtonpost.com/wp-dyn/content/article/2009/02/26/AR2009022600005.html
Posted by Professor Chaos at 5:47 PM No comments:

Professional looney Alan Keyes is at it again. http://www.politicususa.com/en/Keyes-Obama

Alan, dude, nobody takes the "born in Kenya" bullshit seriously who doesn't wear a tinfoil hat. Really, even you can do better than that.
Posted by Professor Chaos at 3:15 PM No comments:

On a Claire day

Believe it or not, some newspapers actually expend newsprint on this:

Want to write your own "Claire Day" Comic? Why wouldn't you, when its this easy!
Just use this simple template:

Frame 1: A character says something.

Frame 2: A brief conversation which seems like it could be a set-up for a punchline.

Frame 3: Someone makes a simple declarative statement about something obvious.

Why waste time being funny or clever or amusing or thought-provoking when you can make money with this can't-miss formula?

Frame 2: Co-worker to Claire: "I have a headache!"

POW! Money in the bank! And it only took me like, ten seconds to compose!

Here's another tip:
Never take an art class. Being able to draw well is NOT a requirement for entry into the fun, fast-paced world of comic strip hackery!

Now you're ready. Grab a pen and start hacking!

Apparently, California's prop 8 was financed largely by the Mormon Church. The Mormons. Taking a stand to defend "traditional marriage." Mormons. Members of a religion based largely on treating women like pokemons (gotta collect them all!) are horified that a man might marry another man, instead of a baker's dozen of sister-wives like the good Lord intended.

Hey, Mormons.
You know your religion is made up, right? There were never any magic books or magic rocks or pink hearts or yellow moons, orange stars, green clovers, or blue diamonds. You know that, right? Just because your founder has slightly moer credibility than say, L. Ron Hubbard doesn't mean you get to decide how other people live their lives. Perhaps you should concern yourself with, oh, I don't know, the fact that members of your "church" have such a high suicide rate. That can't be good. Or you could worry about fighting the other two great threats to society, masturbation and Chinese people: http://patriotboy.blogspot.com/2009/02/words-of-mormon-wisdom.html#links

Update: There they go again. This time, it's a Mormon state senator in Utah who compared gays to Islamic terrorists, and who said that gays pose the greatest threat to the world today. http://www.americablog.com/2009/02/those-crazy-mormon-bigots.html

Posted by Professor Chaos at 8:45 PM No comments: 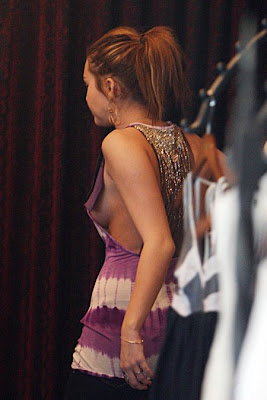 Ok, Miley. Now, God knows I'm no Prude, but 15-year-old sideboob, that's just, well, awful.
How about this: You put 'em away until you're 18, and we'll all just take your word for it that you have boobies. In fact, I will be the first to publicly acknowledge that you are an all-grown-up big girl now. So now, you go back to the sweet innocent act, and we'll go back to pretending that you're not gettin' busy with a daddy-approved 20-year-old. 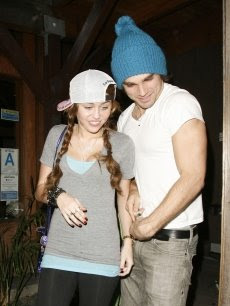 Or, you could just follow your father's career path and plunge into well-deserved obscurity.
Posted by Professor Chaos at 4:23 PM No comments:

So, How's the abstinence-only thing working out?

Posted by Professor Chaos at 4:20 PM No comments:

Ok, so Trump's casinos have just filed for bankruptcy for the THIRD TIME. Now can we all stop pretending that this putz is some kind of business genius? This guy could not be more irritating. First of all, this is a guy who could afford John Edwards' barber, and his hair looks like this?


Oh, and John Edwards, really? A $400 haircut? Those of us with any sense know that caring about poor people and pampering yourself are not mutually exclusive, but come on! You were running for president. As a Democrat. If you do anything that has the slightest whiff of hipocrisy about it, you will be attacked by the right and abandoned by the left. That's how it works. How do you not know this?

Anyway, back to Trump. Please stop putting this guy on TV, it just inflates his already ridiculous ego. He thinks he coined the phrase "you're fired!"
Oh, and hoojie-mamas, stop sleeping with this schmuck.
Posted by Professor Chaos at 6:07 PM 3 comments: