I'm not sure if i love this park or fear it or both. Apparently, this amusement park in Singapore features characters and scenes from Chinese folklore, including The Ten Courts of HELL!

Now i think I have to move to Singapore!
Posted by Professor Chaos at 7:09 PM No comments:

After being paid eleventy million dollars to run Home Depot into the ground, and then another thousandy hundred to go away, Bob Nardelli was immediately hired to take over Chrysler. This kind of boobery this can only be explained by using an unneccessarilly complicated analogy, so bear with me.

let's say Home depot is the Beatles. And let's say that Chrysler is a different band, let's call them "Iaccocca and The Poorly-made Automobiles." Now it's 1969 and the Beatles are breaking up. The other band (Chrysler) is ecstatic. "Now's our chance to sign Yoko!"

So, shockingly, Nardelli goes to Washington to ask for a bailout. Then returns saying he needs more. Now FIAT is apparently riding in to the rescue. FIAT. Fee-Yacht. Fiat is going to rescue Chrysler. Do you know how embarrassing that is? That's like telling your friends "I was being attacked by a mugger. I thought I was going to die. Thank God Pee Wee Herman showed up and was able to fight him off." (Yes, I'm saying that Fiat is the Pee Wee Herman of car companies. I'm not afraid to go there.)

P.s. the "boob" reference in the first paragraph is boob as in "Sheesh, what a boob this guy is!" not as a slang term referring to a ladies bosom.
Posted by Professor Chaos at 6:03 PM No comments:

Addendum: More people after whom diseases may not be named 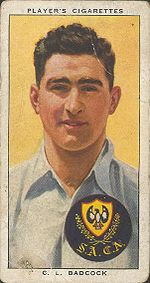 You never want to have to say "I'm sorry, it appears your daughter has Hooker's disease."
Posted by Professor Chaos at 5:38 PM No comments: