So, What is this "accidental racist" thing?

I've been seeing references to something called "accidental racist"  on the Twitter the last couple days. I didn't know what it referred to. To the Google! 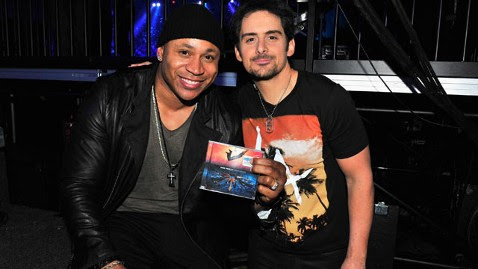 So apparently, this is the name of a song by a Mr. Brad Paisley and LL Cool J. Wait, that can't be right.

And apparently, their record label is so embarrassed by this song that they have scrubbed it from YouTube.

The lyrics are available on-line, however.

To the man that waited on me at the Starbucks down on Main, I hope you understand
When I put on that t-shirt, the only thing I meant to say is I'm a Skynyrd fan
The red flag on my chest somehow is like the elephant in the corner of the south
And I just walked him right in the room
Just a proud rebel son with an 'ol can of worms
Lookin' like I got a lot to learn but from my point of view

So, if I'm understanding this correctly, he's saying that he's wearing a Confederate flag t-shirt as a way to show his support for shitty Seventies rock band Lynyrd Skynyrd? Because obviously, there's no way to show your Skynyrd fan cred without rockin' the symbol of racist oppression, right? 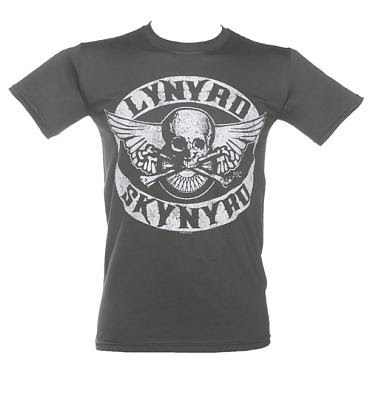 I'm just a white man comin' to you from the southland
Tryin' to understand what it's like not to be
I'm proud of where I'm from but not everything we've done
And it ain't like you and me can re-write history
Okay, if you're not proud of everything you've done, wouldn't one of those things of which you aren't proud be going to war with the United States in order to keep being able to enslave other human beings? Because that is what that flag stands for. That flag wasn't around in the Antebellum South. That is the battle flag of one of the secessionist armies that existed for the sole purpose of warring with the United States in order to preserve the "peculiar institution."
So, yeah, you know, I know not everything we've done down here has been perfect. We've made mistakes. Oh, not the Civil War, no that was awesome! And slavery? Well, we're all real proud of that!
I try to put myself in your shoes and that's a good place to begin
But it ain't like I can walk a mile in someone else's skin
And, since I can't possibly understand what it's like to be you, and I can't begin to comprehend how offensive this flag is to someone like you, let me just go ahead and explain how it's not offensive at all, and how hard it is to be a cracker these days.
Our generation didn't start this nation
And we're still paying for the mistakes
That a bunch of folks made long before we came
And caught between southern pride and southern blame
See? We're still being blamed for the mistakes made by those folks whose flag we proudly display. Totally not fair. It's like if some German guy is rocking a swastika just to show pride in his German heritage, not that he's proud of the holocaust per se, would you just assume that he supported the Nazis? Hmm?

Hmm, I wonder if there is any way that Mr. Cool J could chime in and make this even worse?


So, if I agree not to judge your do-rag and gold chains, then we're cool about the whole slavery thing?
Holy shit, I had  no idea it was that easy! Deal!

And the climactic verse, with Mr. Cool J's lines in parentheses:

Oh, Dixieland
(The relationship between the Mason-Dixon needs some fixin')
I hope you understand what this is all about
(Quite frankly I'm a black Yankee but I've been thinkin' about this lately)
I'm a son of the new south
(The past is the past, you feel me)
And I just want to make things right
(Let bygones be bygones)
Where all that's left is southern pride
(RIP Robert E. Lee but I've gotta thank Abraham Lincoln for freeing me, know what I mean)
It's real, it's real
It's truth

Look, there are many things for which the South is justifiably proud. Martin Luther King, Hank Williams, James Brown, Jimmy Carter, bluegrass. . . but the stars and bars don't symbolize any of that. They symbolize treason. Treason committed mainly for the purpose of preserving slavery. There's a reason the Confederate flag is flown at Klan rallies and skinhead gatherings. 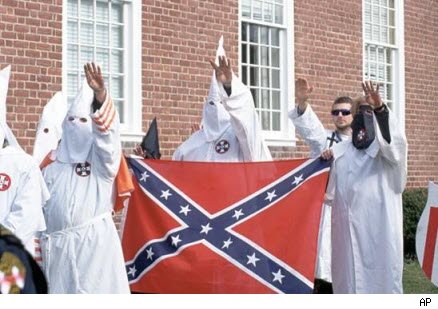 No matter what you tell yourselves about the flag representing pride in your birth state, or how glad you are to be a country boy or whatever, the Stars & Bars stands for racism. You can whitesplain it all you want, that's real, it's real, it's truth.