I Didn't See The Oscars

But I don't see why that should prevent me from commenting on them.

Why is Tiny Tim here with Ann Meara?

Oh, that's alleged comedian Russell Brand. Could someone please explain the appeal of this man? I mean, as dreadful as SNL has gotten lately, the episode he hosted had to be far abd away the worst episode ever. His monologue was painful to watch. I think someone told him that Americans don't often use the word "trousers" so if you say "trousers" a lot, Americans will find that hysterical. Um, yeah, not so much. I just felt embarrassed for everyone involved.
So I guess he brought his mum. She must be so proud. Why didn't he bring the other half of Hollywood's least talented couple?

Yes, apparently, this Brand fellow is married to Katy "hey, boys, get a load of these" Perry.

I kissed a girl, and I liked it. And I pretended that Jill Sobule didn't already do this song in 1995!
Seriously, how does this woman have a career?
How is it that after all these years THIS

is still a feasible career path? They do know that you can walk into any shopping mall, grocery store or nightclub and see pretty ladies in low-cut outfits, right? How is it that the recording industry still thinks there's something unusually exciting about an attractive woman with lots of cleavage? It's been done to death. Why not get talented musicians?
Oh, speaking of talented musicians, and of people who are not them, Gwyneth Paltrow apparently fancies herself a country singer now?

I guess she's done with the looking down her nose at Americans phase?
And I think the fact that the country music community has embraced her says all you need to know about the sorry state of country music these days. Mother  Maybelle Carter must be rolling in her grave.

Country music has a rich heritage, filled with wonderful musicians and songwriters, from Jimmie Rodgers to Bill Monroe to the Louvin Brothers to Johnny Cash to Loretta Lynn  to Wanda Jackson to Waylon Jennings to Dolly Parton up to the present day artists like Lyle Lovett, Son Volt, Old 97's, Gillian Welch, the Dixie Chicks,etc. etc. etc.
But you'd never know it from turning on a "country" music station today. The dreck that you'll hear from "artists" like Shania Twain or Toby Keith, well it's just depressing.
And every song has lyrics that fit this basic template:
Oh, I still live in the same shithole one-horse town where I was born
I never had the immagination to get out
I still drive my beat-up pickup truck
And drink shitty beer in a can
And I love God and America
And I wave the flag of a country that declared war on the United States in order to preserve slavery
And I'm just a reg'lar down-home guy
And that makes me a better person than youuuuuuu. . . .
When the hell did this happen? When did country music go this far off the tracks? Country songs used to be about interesting things, like shooting a man in Reno just to watch him die, or Pancho being a bandit whose horse was fast as polished steel, or turning 21 in prison doing life without parole. Now it's just a contest to see who can be the most ordinary and rural and who loves America and Jesus the most.

In 1972  , Loretta Lynn wrote and recorded a song called "The Pill." It was a song about a woman who is putting her foot down about controlling her own reproductive system. I can't imagine any of today's country singers doing lyrics like this:
You wined me and dined me When I was your girl Promised if I'd be your wife You'd show me the world But all I've seen of this old world Is a bed and a doctor bill I'm tearin' down your brooder house 'Cause now I've got the pill All these years I've stayed at home While you had all your fun And every year thats gone by Another babys come There's a gonna be some changes made Right here on nursery hill You've set this chicken your last time 'Cause now I've got the pill
This old maternity dress I've got Is goin' in the garbage The clothes I'm wearin' from now on Won't take up so much yardage Miniskirts, hot pants and a few little fancy frills Yeah I'm makin' up for all those years Since I've got the pill I'm tired of all your crowin' How you and your hens play While holdin' a couple in my arms Another's on the way This chicken's done tore up her nest And I'm ready to make a deal And ya can't afford to turn it down 'Cause you know I've got the pill
This incubator is overused Because you've kept it filled The feelin' good comes easy now Since I've got the pill It's gettin' dark it's roostin' time Tonight's too good to be real Oh but daddy don't you worry none 'Cause mama's got the pill
Oh daddy don't you worry none 'Cause mama's got the pill
Or singing anything like Johnny Cash's "Man in Black" in which he said this about Vietnam:
I wear the black in mournin' for the lives that could have been, Each week we lose a hundred fine young men.

No, today's country music has gotten so bland, so unimaginative, that it has become a refuge for singewrs whose careers are fading and need to reinvent themselves like Jewel, Darius "Hootie" Rucker, and the egregious Kid Rock. Seriously, did we really need a new version of "Sweet Home Alabama?" Haven't we already heard the original about 10,000 times too often? And have you ever read the lyrics? This is one of the dumbest songs ever written. I only just recently found out what all the words are. For instance, I always thought that the line was "I miss my family once again," which makes sense, but no. According to the internet, the line is actually "I miss old Bammy Once again," which is kind of retarded. Mostly because no one abbreviates Alabam as "Bammy." It's often shortened to 'Bama, but never Bammy.

See?
But the worst part is the verse about Neil Young. It's set up like the singer is really going to zing Neil good.

"I heard Neil Young sing about her.
I heard ol' Neil run her down."
Okay, sounds like fighting words. . .
"Well I hope Neil Young will remember. . ."
Oh boy, here it comes. Get ready for the big Zinger!
"A southern man don't need him around anyhow."
What the fuck? That's all you got? You know, if that was just off the top of your head, then maybe I could accept that, but you had all the time in the world to come up with a stinging rebuke, and all you come up with is "don't need him around?" That's really pathetic. 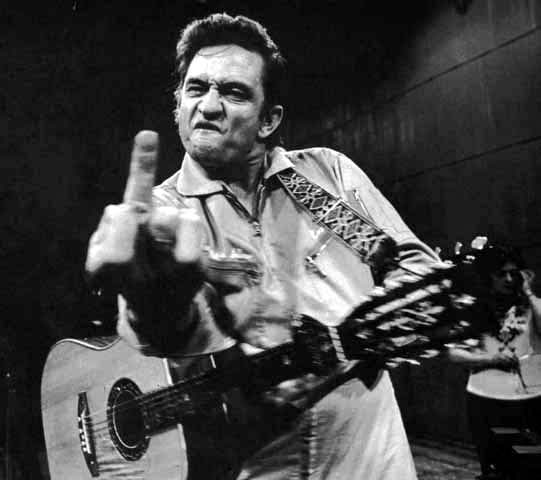