AARP walks out on the morons

Today in my e-mail, I received an ACTION ALERT! about the AARP.

Now I wasn't sure why this would require action on my part. AARP officials exercising common sense and walking away from the shouting imbeciles who disrupt these kinds of meetings seems like a reasonable response. So I clicked on the link to view the incriminating video. Watch the video.

What I saw was AARP representatives getting fed up with being interrupted and shouted down by mouth-foaming morons and deciding to stop wasting everyone's time and just leave. Of course, the video is heavily edited to try and make the lunatics look like reasonable people who were just trying to get answers about healthcare, but they still come off as the raving ass-clowns that they are.

When one of these idiots shouts that the healthcare bill is not about healthcare, it's about our basic freedoms being taken away, the rest of the idot patrol cheers as if he's made some sort of reasonable point. If i was the AARP lady, I would have walked out a long time before she did.

Of course, here's how the American Family association portrays it:

Senior citizens who went to a meeting sponsored by AARP were left to themselves after the AARP hostess walked out. The seniors were trying to get answers concerning ObamaCare and why AARP would support a government controlled health system that many believe would lead to euthanasia and rationing of health care.

Now the only reason that anyone believes ridiculous ideas like the healthcare bill leading to euthanasia is because of scumbags like the AFA spreading these blatant falsehoods, but that appears to be beside the point.

Why would AARP, the nation's largest seniors group, supposedly working for the elderly, support an ObamaCare bill? Here is what Dick Morris, former advisor to President Clinton, said: "The interest groups that usually speak up for the elderly, particularly AARP, are in Obama's pocket, hoping to profit from his program by becoming one of its vendors. Just as they backed Bush's prescription drug plan because they anticipated profiting from it, so they are now helping Obama gut the medical care of their constituents."

So that's the answer! A ridiculous pile of bullshit from ridiculous bullshitter Dick Morris! Of course, I should have seen it all along! Obviously, the AARP is poised to become one of the vendors for healthcare, because, um. . . .they sell pills? or something? Under "Obamacare," patients would be sent to AARP offices instead of hospitals for their mandatory assisted suicides, I guess? How the fuck do these people actually believe this surreally absurd claptrap? 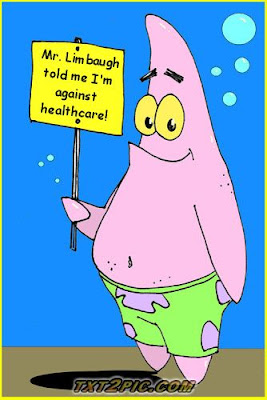 And by the way, members of AARP are already on a "government-run healthcare system," they're on Medicare.

So, anyway, the AFA provides a link to send an e-mail to the AARP Send your e-mail to AARP.

Posted by Professor Chaos at 11:00 PM No comments: 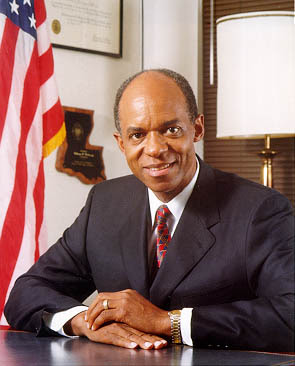 Hi, folks. William Jefferson here. When I'm not busy fighting corruption charges or hiding 90 grand in my freezer, I like to read The Daily Irritant.

Be like me and read The Daily Irritant when you have a lot of time on your hands. Like I'm about to.

Oh, man! Sorry, I thought I was getting William Jefferson Clinton. Shoulda known!
Posted by Professor Chaos at 10:29 PM No comments: