Today, I regrettably stumbled onto a first-class toolbag named Sam Schulman. He writes for, Surprise, surprise, The Weekly Standard. The Article I happened to see was entitled:
The Worst Thing About Gay Marriage
It isn't going to work.
by Sam Schulman
Well, thought I, that's at least a new perspective. Let's see what all this is about. MISTAAAAAAAKE!!! I should have known better. Here's a sample of Mr, Schulman's theory: 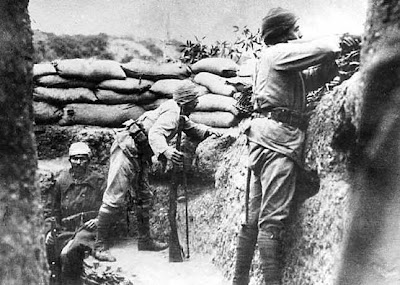 That is a common right-wing paranoid fantasy, that the big, mean lefties have so much power and influence that the right-wing nutsos are forced to give up the fight. If there were any truth to that, wouldn't at least ONE of the talk-radio nuts have been forced off the air? Limbaugh, Liddy, Hannity, O'Reilly, Ingraham, Beck, Boortz, Savage, Scarborough, etc. etc. etc. None of them show any signs of being cowed by pressure from progressives.

But I think that the fundamental objection to gay marriage among most who oppose it has very little to do with one's feelings about the nature of homosexuality or what the Bible has to say about sodomy. The obstacle to wanting gay marriage is instead how we use and depend on marriage itself--and how little marriage, understood completely, affects or is relevant to gay people in love. Gay marriage is not so much wrong as unnecessary.
And things that are not wrong, but simply unneccessary must. of course, be BANNED!
That is why our society has wisely banned potato salad, the iPhone and professional sports.

The embrace of homosexuality in Western culture has come about with unbelievable speed
(just ask Matthew Sheppard!)

And is the public, having accepted so rapidly all these rights that have made gays not just "free" but our neighbors, simply withholding this final right thanks to a stubborn residue of bigotry? I don't think so.
Right, when has there ever been a stubborn residue of bigotry in this country? It's just like after the Civil War, when Black folks were no longer slaves, white America couldn't wait to give them equal rights. Except for the rights that were, you know, unneccessarry - like the right to vote, to be served in a restaurant, to not be lynched.

But there is a difference between a married couple and a same-sex couple in a long-term relationship. . . . The difference is between the duties that marriage imposes on married people--not rights, but rather onerous obligations--which do not apply to same-sex love.
Oh, do explain!

Consider four of the most profound effects of marriage within the kinship system.

The first is the most important: It is that marriage is concerned above all with female sexuality. The very existence of kinship depends on the protection of females from rape, degradation, and concubinage. This is why marriage between men and women has been necessary in virtually every society ever known.
Oh, my God! Really? the purpose of marriage is to prevent women from being raped? Because apparently, single women are fair game! It's not as though we have laws, police, courts and jails to protect women from predators. Only a husband can do that.

This most profound aspect of marriage--protecting and controlling the sexuality of the child-bearing sex--is its only true reason for being, and it has no equivalent in same-sex marriage. Virginity until marriage, arranged marriages, the special status of the sexuality of one partner but not the other (and her protection from the other sex)--these motivating forces for marriage do not apply to same-sex lovers.
So the point of marriage is to protect and CONTROL the child-bearing sex? Control? What century are you living in? 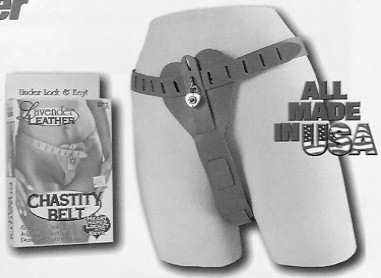 Oh, also, in this century virginity until marriage is not really a motivating force for hetero marriages. Not in the last century either, as I remember.

Second, kinship modifies marriage by imposing a set of rules that determines not only whom one may marry (someone from the right clan or family, of the right age, with proper abilities, wealth, or an adjoining vineyard),[who the fuck do you know that owns a vineyard?] but, more important, whom one may not marry.
Incest prohibition and other kinship rules that dictate one's few permissible and many impermissible sweethearts are part of traditional marriage. Gay marriage is blissfully free of these constraints. There is no particular reason to ban sexual intercourse between brothers, a father and a son of consenting age, or mother and daughter.
Actually, there is one reason: EEEEEEEEEWWWWWWWWWW!!!!!!!!!!!!!
Have you ever met any gay people? What kind of debauched libertines do you think they are? And by the way, when you say "blissfully free of these restraints," it sounds to me like someone who wishes he could do his sister. I'm just saying.

Will a hip Rabbi refuse to marry a Jewish man--even a Cohen--to a Gentile man? Do Irish women avoid Italian women? A same-sex marriage fails utterly to create forbidden relationships.
See, now I would think that being free from racial or religious prejudice would be a good thing, but that's just me.

Now to live in such a system, in which sexual intercourse can be illicit, is a great nuisance. Many of us feel that licit sexuality loses, moreover, a bit of its oomph. Gay lovers live merrily free of this system.
So we must keep gay marriage illegal so as not to spoil the fun for all the lucky gays who still get the thrill of illicit sex no matter haow many years they've lived as a couple. Is that the point you're trying to make here? You really wish you were gay, don't you?

Gay sexual practice is not sortable into these categories--licit-if-married but illicit-if-not (children adopted by a gay man or hygienically conceived by a lesbian mom can never be regarded as illegitimate).
Hygienically conceived? You've spent a lot of time thinking about this, haven't you? here's something maybe you didn't consider. What if an un-married hetero couple produces an illegitimate son that is then adopted by a gay man? Then who's legitimate?

Neither does gay copulation become in any way more permissible, more noble after marriage. It is a scandal that homosexual intercourse should ever have been illegal, but having become legal, there remains no extra sanction--the kind which fathers with shotguns enforce upon heterosexual lovers. I am not aware of any gay marriage activist who suggests that gay men and women should create a new category of disapproval for their own sexual relationships, after so recently having been freed from the onerous and bigoted legal blight on homosexual acts. But without social disapproval of unmarried sex--what kind of madman would seek marriage?
So now I think I see what it all comes down to for old Sammy. He envies the gay people's ability to have what he imagines is wild, unfettered wanton sex with any willing partner (even a sibling). He resents the fact that he can only have guilt-free sex within the bonds of matrimony. Mrs. Schulman, your husband hates being married! 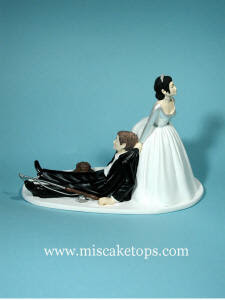 He only submitted to the aggravation of marriage because he believes that society still condemns non-marital sex!

But let's let him sum up.

Sooner rather than later, the substantial differences between marriage and gay marriage will cause gay marriage, as a meaningful and popular institution, to fail on its own terms. Since gay relationships exist perfectly well outside the kinship system, to assume the burdens of marriage--the legal formalities, the duty of fidelity (which is no easier for gays than it is for straights), the slavishly imitative wedding ritual--will come to seem a nuisance. People in gay marriages will discover that mimicking the cozy bits of romantic heterosexual marriage does not make relationships stronger; romantic partners more loving, faithful, or sexy; domestic life more serene or exciting. They will discover that it is not the wedding vow that maintains marriages, but the force of the kinship system. Kinship imposes duties, penalties, and retribution that champagne toasts, self-designed wedding rings, and thousands of dollars worth of flowers are powerless to effect.
Yes, without a medieval system of kinship based on, among other things, vineyard ownership, gay marriage is doomed to fail. How can it possibly acheive the rip-roaring success rate of hetero marriage if the gay folks realize that they can escape the horrible burden of fidelity with no penalties or retribution?

Few men would ever bother to enter into a romantic heterosexual marriage--much less three, as I have done--were it not for the iron grip of necessity that falls upon us when we are unwise enough to fall in love with a woman other than our mom.
Our Mom? AAAAAAAUUUUUUUGGGGGHHHHHH!!!!!!!!!!!!!

before any system of law existed, kinship crushed our ancestors with complex and pitiless rules about incest, family, tribe, and totem.
How horrible to be crushed by the rules against incest. Sam, I take it back. You obviously don't want to fuck your sister. But if I were your mom, I wouldn't turn my back on you.

Oh, and how "complex" are the rules about incest? You don't fuck your parents, your siblings, or your offspring. Who has any trouble navigating the subtleties of that?

When, in spite of current enthusiasm, gay marriage turns out to disappoint or bore the couples now so eager for its creation, its failure will be utterly irrelevant for gay people.
You know, Sam, this may surprise you, but some people actually enjoy being married!

So if the failure of gay marriage will not affect gay people, who will it hurt? Only everybody else. As kinship fails to be relevant to gays, it will become fashionable to discredit it for everyone.

But you just spent several paragraphs explaining that the kinship system does not apply to the gay people.

The irrelevance of marriage to gay people will create a series of perfectly reasonable, perfectly unanswerable questions: If gays can aim at marriage, yet do without it equally well, who are we to demand it of one another? Who are women to demand it of men? Who are parents to demand it of their children's lovers--or to prohibit their children from taking lovers until parents decide arbitrarily they are "mature" or "ready"? By what right can government demand that citizens obey arbitrary and culturally specific kinship rules--rules about incest and the age of consent, rules that limit marriage to twosomes?
Do you have any idea what's going on out in the world? What kind of Norman Rockwell, nuclear-family society do you think we're living in? Many couples live without marriage. many even raise children without actually being married. I know, hard to believe, isn't it? Some couples actually have s-e-x and aren't even married! Shocking! And of those of us who do marry, over 1/2 of our marriages end in divorce. So I think that the important thing to work on now is figuring out a way to blame the gays for that.
Posted by Professor Chaos at 6:10 PM 1 comment:

This guy might be the biggest dolt in the entire Congress:

Posted by Professor Chaos at 6:06 PM No comments: