Probably seemed like a good idea at the time

“We had some students who reported to administration that a teacher was having an exercise where they were put into groups, male and female, to come up with names for genitalia,” Weber School District spokesman Nate Taggart told the Standard-Examiner. “These were any names that the kids could come up with, and then they were listed on the board.”


And you didn't see any potential problems with this?
You didn't think anyone was going to be offended by having your students come up with new versions of "dick" and "pussy?" In UTAH?


When the concerned students told school officials about the exercise, the officials rushed to William’s classroom.


“It was still on the whiteboard, and they had her erase it immediately,” Taggart told the Standard-Examiner. He also noted that the school district found the lesson inappropriate.

Inappropriate? Jeezus Christ, Larry Flynt would find that inappropriate!
Okay, no he wouldn't. But still. . .

A spokesman for the local teachers union, Matt Ogle,

Matt Ogle, explained that Williams got the idea to have students share colloquialisms for male and female genitalia when she attended a Career and Technical Education conference at which other teachers imparted their favorite classroom strategies.


Wait. There's at least one other teacher using the "weiner/coochie" technique? And she's out there recommending this to other teachers?  And they invite this teacher to Education conferences?

Okay, I must be missing something here, maybe this “Adult Roles and Financial Literacy” class is about sexual anatomy? Or maybe the "Adult Roles" class has a module on behaving like children?


A course description obtained by the Standard-Examiner explains that the course is designed to prepare students to “understand the nature, function and significance of individual and family relationships integrated with general financial literacy.”


Oookay. So much for that idea.


I'm assuming you can get credit from the University of South Carolina? 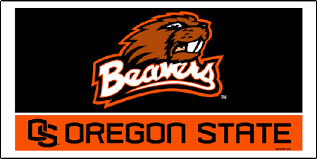 The union spokesman noted that Williams won’t have students brainstorm about sex organ monikers in the future.