People who should just shut up.

Here are some people who should just shut up. Just go right ahead and shut right up. Just stop speaking, shut their pie holes and never re-open them. Just shut up. 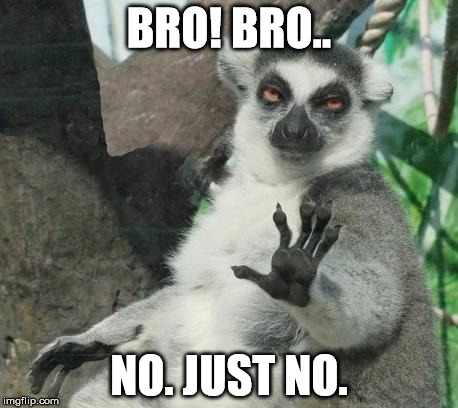 Yes, this actual member of the actual Congress of the United Actual States of America invited a notorious holocaust-denying anti-Semite to be his honored guest at the State of the Union, and now he thinks he can defend this choice.

“I met Chuck just briefly before allowing him to snag a ticket that was at our office,” Gaetz told Fox Business’ Neil Cavuto Thursday.

Seriously? You expect people to believe that? You gave a ticket to the State of the Union Address to some guy you met once and basically knew nothing about? Like there's just a big stack of tickets to the SOTU on your receptionist's desk and any random constituent can just wander in off the street and "snag" one? A ticket to be the plus-one of a sitting Congressman at the most prestigious event of the year, and this stranger just happened to pop in to your office and "snag a ticket?" Please!


“But some of the claims against Mr. Johnson are not accurate. He’s not a Holocaust denier, he’s not a white supremacist, those are unfortunate characterizations of him. I did not know he was as infamous and controversial as he was when he came by.”

I don't know the guy, barely met the guy once, but I know that he is not a white supremacist or a holocaust denier and by the way, I really had no idea who this guy even was that I'm so certain is not a racist at all.

And, by the way, if you really didn't know anything about this guy before handing him the toughest ticket to get in DC, you could easily find out with a few minutes on Google. Or, you don't even have to do that, because the great Bob Slatten has already done it for you.

Let’s make this completely queer:
Gaetz’s guest at the SOTU, Chuck Johnson, has a crowdfunding site that raises money to defend Nazi leader Andrew Anglin and other far-right extremists.
Chuck Johnson was banned from Twitter in 2015 after soliciting donations to “take out” Black Lives Matter activist DeRay McKesson.
That’s who Gaetz brought to SOTU and is now trying to back away from.

Gaetz also had this to say about Chuck Johnson, the man about whom he knows nothing other than the true depths of his character:


“He is not guilty of the things that some people have charged him of as it relates to those claims,” Gaetz said. “He’s a controversial figure, there are plenty of controversial folks at the State of the Union. I don’t just cavort with people who hold my views. I think there are people on the right and the left who you spend time with, learn more about [and] understand their viewpoint.”

Holocaust denial is not a "viewpoint." It is not some point of view about which you might want to learn more and come to understand. Either you invited him to the most exclusive event on the DC social calendar because you share his "viewpoint" or you were just so monstrously careless that you accidentally brought a Nazi sympathizer to the SOTU. Either way, it reflects awfully poorly on you. Your best bet now would be to just shut up.

Dear Democratic Leaders,
Last week I watched as our senators voted down the Republican bill that would have banned abortions after 20 weeks.

So that's good, right? Taht's what Democrats are supposed to do - stand up for reproductive rights. Buuuuuut I'm guessing you're going to find a way to cast this as a negative somehow, right?

Our people hung together. Only three Democrats voted with the other side. Yet as I was watching I kept wondering: How much is our position on late-term abortions hurting us? How many progressive priorities are we giving up just so we can have our way on this one?

Wow, what a surprise David Fucking Brooks is going to advise Democrats to abandon one of their core values. Gosh, I wonder if he'll advise them to "move to the center?"

Let me start with some history. Before Roe. v. Wade, the abortion debate looked nothing like it does today. Many leading anti-abortion groups were on the left. The first pro-life rally on the National Mall was organized by the National Youth Pro-Life Coalition, which a co-founder described as “an extremely liberal group.” The National Catholic Welfare Conference endorsed a platform that included a right to a living wage, a right to collective bargaining and a right to life from the moment of conception.


So. . . the Catholics are still anti-abortion, they just no longer seem interested in workers' rights. Therefore, the Democratic Party should, um, do what exactly? Give in on abortion rights? How is that going to help anything?


In 1971, Ted Kennedy could declare, “Wanted or unwanted, I believe that human life, even at its earliest stages, has certain rights which must be recognized — the right to be born, the right to love, the right to grow old.” And in the 1960s, conservative states like Mississippi, Georgia and Kansas passed laws legalizing abortion.
In 1973, Roe v. Wade changed all this.

Welllll, not exactly. What changed was that the cynical marketers of the right wing realized that they could use Roe v. Wade to motivate fundamentalist Christians to get involved in politics. Previously, most Christians believed that it was at least unseemly to combine religion and electoral politics. Now the Paul Weyrichs of the world were able to use ministers to turn worshippers into activists who would work and vote for conservative candidates who promised to overturn Roe v. Wade

I understand that our donors (though not necessarily our voters) want to preserve a woman’s right to choose through all nine months of her pregnancy. But do we want late-term abortion so much that we are willing to tolerate President Trump?

Oh for fuck sake! i am so goddamm sick and tired of Conservatives trying to pin the blame for Cheeto Mussolini on "liberals" or "progressives" or Democrats, or anyone other than the stupid racist fucks who voted for him, i.e. REPUBLICANS/CONSERVATIVES.

Do you really not understand how electoral politics works, Brooks? You can't be this fucking stupid. Democrats lose elections, even in the absence of shameless gerrymandering and voter suppression, when they run middling centrist milquetoasts who do not inspire their base to turn out. Do not pretend that you actually believe that there are these "centrist" voters out there who would love to vote for a Democratic candidate on the basis of economic or immigration policy, but just have to reluctantly pull the lever for the Republican because they oppose abortion after 20 weeks. Those voters don't exist. And Democrats are not going to pry loose any Republican voters by abandoning their base. That's pretty much how they got into the terrible situation in which they find themselves now.

Let’s try to imagine what would happen if Roe v. Wade was overturned. The abortion issue would go back to the states. The Center for Reproductive Rights estimates that roughly 21 states would outlaw abortion. Abortion would remain legal in probably 20 others. There’s a good chance that a lot of states would hammer out the sort of compromise the European nations have — legal in the first months, difficult after that. That’s what most Americans support.
The pro-life movement would turn its attention away from national elections. Single-issue anti-abortion voters would no longer be automatic Republicans. The abortion debate would no longer be an absolutist position on one side against an absolutist position on the other.

You live in a fantasy world.
You really think the religious right would withdraw from national politics if they gat Roe overturned? You think there's any possibility they'd be satisfied with that? You don't think that they'd turn their focus to getting a one-man-one-woman amendment to the Constitution? Or a national You Can't Pee Here law? Or outlawing Islam or something? You think they're going to ever let these suckers off the hook? As long as the rubes will subscribe to their newsletters, buy their miracle cures, hoard buckets of freeze-dried End Times foodlike substances and donate to every sleazy candidate for any office who promises to "stand up " for their "Christian values" or whatever, these scumbags will keep sucking every last dollar they can out of these demented delusional dotards.

Roe v. Wade didn't shift the political landscape. Well, okay, it probably contributed. But the tectonic shift came when LBJ signed the Civil Rights Act, sending southern racists (and Northern ones) running from the Democratic Party to the GOP.  And it was exacerbated by Nixon's "Southern Strategy." And pretty much every Republican candidate since has played on white America's racial fears and resentments. And male Americans' fear and resentment of uppity women, and hetero Americans' fear and resentment of LGBTs, and Christian Americans' fear of Muslims and resentment of "secular humanists." You think Democrats throwing womens' reproductive rights under the bus would somehow counteract all that? If I thought you actually believed that, I'd think you were nuts.

We also shouldn’t take millennial voters for granted. Boomers saw the pro-choice movement as integral to their feminism. Millennials do not. In 1991, 36 percent of young voters thought abortion should be legal in all circumstances; now only 24 percent do. Young voters don’t like the Republican total ban. But they don’t like our position, either.


Yeah, Democrats don't have "a position." Many Democrats are pro-choice-full-stop. Many others are mainly pro-choice, but with some restrictions. Some are not pro-choice at all. And if you think that Democrats will attract more voters by abandoning their commitment to choice, well. just ask Bernie Sanders how campaigning for Heath Mello went over with the base.
here's a hint:

I’m asking us to rethink our priorities. What does America need most right now? One of our talking points is that late-term abortions are extremely rare. If they are extremely rare, why are we giving them priority over all of our other issues combined?
Sincerely,
Your Imaginary Consultant

Really? You really have a problem with Il Douche attacking the press? Really? As is you and your GOP colleagues and your FOX News co-conspirators hadn't spent the last 40+ years attacking the press? Sure, you were less juvenile about it. You complained of "liberal bias" rather than just shouting "Fake News!" every time there was a story you didn't like, but the right has been sowing the seeds of distrust of the 4th Estate for decades now.
Surely you've seen these: 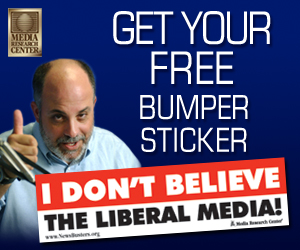 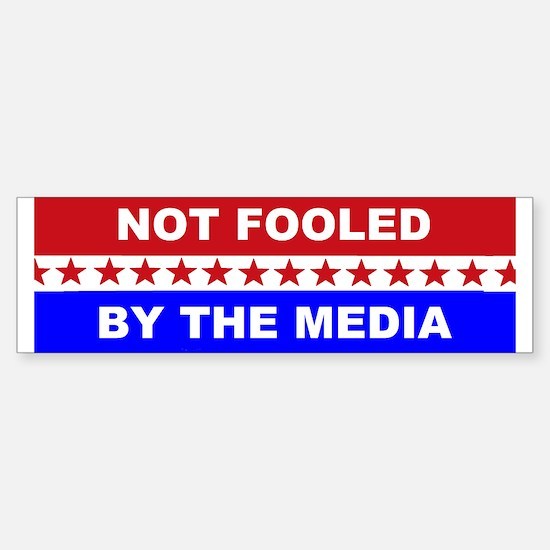 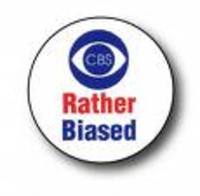 This has been going on for decades and now, either because Orange Julius Caesar is just being too blatant about it, or because he insulted you personally and you want to take some measure of revenge, or because you want to burnish your "maverick" credentials, you're suddenly going to cast yourself as some sort of First Amendment hero?