This is Not a Debate.

It's not a debate if one side is just making shit up.

Glenn Beck kicked off Monday's radio show by thanking the many attendees at Saturday's "Restoring Honor" rally in front of the Lincoln Memorial — at least 500,000 by his count.

Republican U.S. Rep. Michele Bachmann told supporters shortly after the rally that "we're not going to let anyone get away with saying there were less than a million here today — because we were witnesses."

Okay, I'm no expert on crowd-size-estimating, but look at the photo.

I gotta say that that crowd looks like it could fit into a good-sized baseball stadium. There is no way in hell that there is anywhere near half a million people there. But like I said, I'm no expert. So what did the experts have to say?

An estimated 87,000 people attended a rally organized by talk-radio host and Fox News commentator Glenn Beck Saturday in Washington, according to a crowd estimate commissioned by CBS News.

The company AirPhotosLive.com based the attendance on aerial pictures it took over the rally, which stretched from in front of the Lincoln Memorial along the Reflecting Pool to the Washington Monument.

So, okay, that is a lot for a baseball stadium, but they could easily be contained in a college football stadium.

So, this seems like a pretty simple scam they're running. You toss out a number which you know good and well is ridiculously inflated, then when the press reports a legitimate estimate, you cry "liberal bias."

It's like if I said that the San Francisco Giants won the most recent World Series. You could look it up and you'd say "according to Sports Illustrated, ESPN and The Sporting News, the Giants did not win the World Series, due largely to their having failed to qualify for the playoffs. The World Series was won by the New York Yankees over the Philadelphia Phillies." And I would look you right in the eye and reply "Oh, the sports media has a well-known East Coast bias. West Coast teams never get any respect," and you'd know that there is just no reasoning with me. But if I had a show on FOX, you'd be forced to pretend to take me seriously, and the headlines would read "Debate Continues Over World Series Winner."

And speaking of World series winners, what the hell is this?

God damn it, La Russa! It's not bad enough that you've turned the last three innings of major league baseball games into an assembly line of relief pitchers, none of whom may pitch any more or less than one inning, now you're a Becky? You're throwing your lot in with the Birthers, Deathers, Birchers and Truthers that populate the Tea Party "movement"?

And you're dragging Albert Pujols into this mess? At least I will give Pujols the benefit of the doubt and chalk it up to language barrier. Maybe he thought you had invited him to go see Beck. 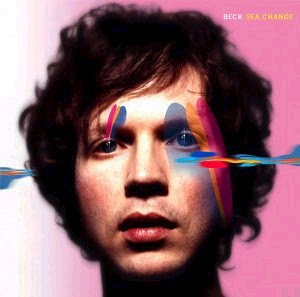 and Oh, My God, you not only attended, you actually spoke at this "Hey, everybody, let's all take a huge dump on Dr. King's grave" festival? You really wanted to share the dais with Sarah Palin?

And here's the video of your cure-for-insomnia speech honoring Albert Pujols. It's nice to hear about honesty, integrity and truth from the man who turned a blind eye while Canseco, McGwire, Giambi, and Tejada shot steroids like junkies who just inherited money.

And here's your audience, by the way:

Nice to see that they are bringing the gravitas that this event deserves..