Some Observations on the RNC

I have not watched a minute of the Republican Convention. I just can't put myself through that, no matter how many potential laughs there are.

I assume it looks a little something like this:

But from what I'm hearing, some weird shit is going on there. For one thing, none of the speeches are about Mitt Romney. The speeches could all have been written before they chose the nominee. Mitt Romney is the Johnny Bravo of politics. They had the songs, they just needed a guy who fit the suit. 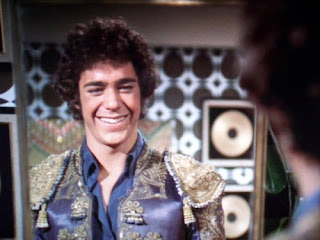 I want to talk to you about LOVE!

Love is for sissies, we want respect!

Also Ann Romney is weird. For one thing, when she shouts "I Love you Women!" she sounds like Lyle the effeminate heterosexual stating his dedication to heterosexuality.

And what she loves so much about women is that "we are the mothers, the daughters, the sisters, the grandmothers. . ." Yes, being related to other people, that's quite a fucking accomplishment.  That's really the best you could come up with? You do know that women do actual things, right? Oh, I guess you probably didn't know that.

And now she's out talking to Latina women, I wonder how that's going? 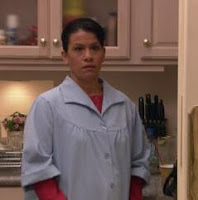 Ann Romney Woos Hispanic Voters,
Urging They Get Past ‘Their Biases’

"You’d better really look at your future and figure out who’s going to be the guy that’s going to make it better for you and your children. . .

Because Latinas just love being lectured to by condescending rich white ladies!

We just want those opportunities to be in Mexico or Guatemawhatsitcalled, wherever you people are from. Why are you so biased against us?

She stressed her immigrant roots, mentioning that her grandfather was Welsh.


“I know what it’s like to be the daughter of immigrants,” she said

Um, yeah, daughter and granddaughter are not the same thing. You are the granddaughter of an immigrant who, by the way, came from an English-speaking country and was white, so it's a little different experience from what a Juanita Torres might have.
And we all know you grew up rich, so don't act like you have anything in common with first-generation Mexican-Americans.

“What she and her husband are doing on that little island is quite remarkable. You should be so proud,”

Well, it's just adorable how you folks on that precious little island are just really doing so great and all!

And lastly, are the Republicans seriously going with a convention theme based around an intentional misconstruing of something that the president said? There is really no low to which these people will not sink.
Posted by Professor Chaos at 11:03 PM 2 comments: