Why I hate the "Greatest Generation."


I mean, I don't hate those people.I don't hate the people who were alive in the 30s and 40s. I just hate how on days like this, the anniversary of D-Day, or Memorial Day, or the Fourth of July, we're supposed to venerate and worship this particular group of people just because Tom Brokaw decided they were the best people who ever lived. I guess what I really hate is the term "Greatest Generation."

For starters, they get a lot of credit for having lived through the Great Depression. Well what choice did they have? The only other choice was suicide. Ad, FYI, suicide rates hit an all-time high during the Depression, for what it's worth. 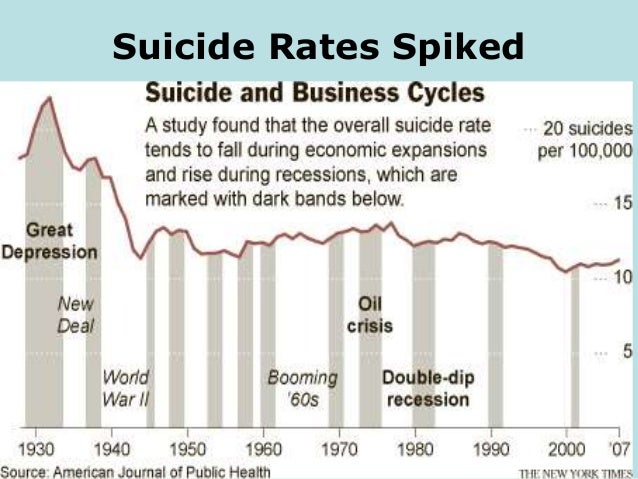 And it's not as if they chose to live through the Depression. It's not like they purposely took it upon themselves so that future generations wouldn't have to. They just had bad luck.
And a lot of people will say that us modern folk would never be able to make it through a 1930's-style depression, that we're too soft, but I would bet any money that if you had asked Americans during the Roaring Twenties whether they thought they and their friends and neighbors were tough enough to survive a great depression, they'd have said the same thing. "No, we're too soft nowadays, all hopped up on jazz and bootleg liquor, dancing the Charleston with flappers and whatnot." But survive it they did because they had no choice. You couldn't opt out except by suicide.

And they won World War Two. And thank God they did. But do you mean to tell me that they fought any more valiantly, any more courageously than the young men and women who fought and are still fighting in Iraq and Afghanistan? Do you think that today's armed forces lack the valor of the WWII soldiers? To even imply that is an insult to our troops.


And after living through the horrors of war, this great generation turned around and sent the next generation into the maw of Vietnam for no earthly good goddamm reason other than their pathetic fear of communists.


And after having been saved by FDR's New Deal and after having come home from war to attend college and buy houses on the GI Bill, the second they were comfortably ensconced in the middle class, these fine Americans starting voting for right-wing Repuiblicans to make sure no one else could ever get a hand up from Uncle Sam.

And this esteemed generation fought tooth and nail against integration. They voted in scumbags like George Wallace and Lester Maddox and terrorized children of color who just wanted to go to school.

It was this generation that defeated the Equal Rights Amendment and fought every other attempt by women to claim their rightful place in society.

This generation opposed any rights for LGBT people and still does.

This generation knew first-hand the benefits of strong unions and turned around and voted for Ronald Reagan and every other anti-labor Ayn Rand-inspired creep that came down the pike because those damn liberals were giving minorities too many rights or something, I don't know what the fuck the logic was, these were not logical people. These are people who bought into the idea that giving more and more money to the already wealthy would somehow benefit regular Joes like them, or would at least stick it to the lazy welfare recipients or the pinkos or whoever they were afraid of/angry at that day.

And they've learned nothing. They have seen first-hand the destructive results of this right-wing stupidity and they have learned nothing. Now they're retired and they have nothing better to do than ingest a steady stream of Hannity and O'Reilly and whatever other hateful pricks are on TV and radio and vote for a monstrous imbecile like Trump because they think that Mexicans are the reason their no-good son-in-law can't get a job and that Muslims are forcing eveyone to bow to Mecca and wear a burqa and the black people are sucking off the government teat and ny God no one better take away thier Social Security and Medicare!

So fuck this "Greatest Generation" bullshit. And fuck Tom Brokaw.