GA Pastor Has His Priorities Straight

On Saturday, the Beacon of Light Christian Center in Dublin, Georgia will host a group prayer in an effort to bring down quickly-rising gas prices, according to local news station WMAZ.

Wow! First of all, I love the idea that you need to get a big group together to pray for something. Like if you get enough folks praying for the same thing, God's gonna see those poll numbers and finally give in. If the minister prayed by himself, God would probably blow him off. But  a group praying publicly, well God doesn't need that kind of bad press.


Then there's the obvious question. If you're going to get your congregation together to combine their praying abilities into some sort of mega-prayer, shouldn't you be focusing on something a little more important than gas prices? An end to hunger, maybe? Cures for horrible diseases? World peace? No, we really got to get this gas price thing under control, then we can worry about wars and famines.

In his defense, the pastor isn't only praying for gas prices, though.


“We are praying that God…will first, stabilize the economy, two, bring peace to the Middle East, and three bring down gas prices,” he said.

The entire nation should host similar prayer vigils, he added.

Gas prices are only the third most important thing that God needs to address.  First, the US economy. That's a no-brainer. If we've learned anything from the Bible, it's that money is the most important thing in the world as far as God's concerned. Then, peace in the Middle East. A bunch of people getting killed is nearly as important as the economy. Then gas prices. Then, if there's time, maybe a cure for cancer? Or whatever, just play it by ear.

So, what effect is this prayer group having?


Gas prices are swiftly approaching $4 there and Mabry said he believes God can help.

This is his third time gathering parishioners to meet at the gas pumps to pray, he told CNN,

This is the third time, and gas prices still haven't come down? Pray harder, you slackers! 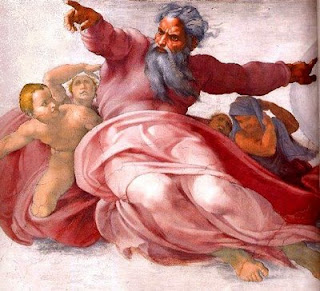 Whoa! You're blaming me for these gas prices? I don't work for Exxon-Mobil!