Brewer Has Another Lengthy Pause During Speech: MyFoxPHOENIX.com 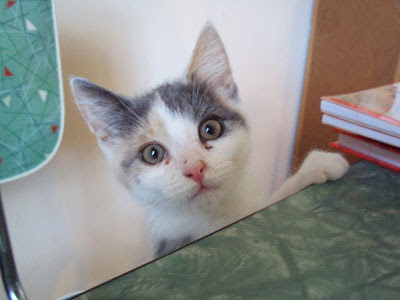 But I thought Obama was the only person who ever used a teleprompter!
Now the Obama-teleprompter jokes don't make any sense! 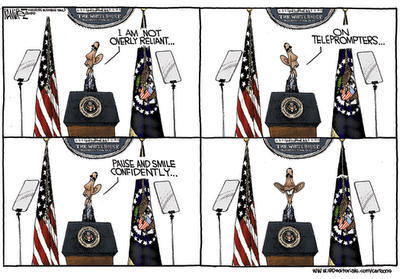 According to Princess Sparkle Pony, Brewer got snubbed by Sarah Palin

By now, Jan Brewer is back in Arizona. I'm assuming there was a massive ticker-tape parade upon her return. But what happened to her plans to meet with the Sarah Palin? Granted, the news reports which mentioned the scheduled meeting were a little hazy, and Brewer herself never said she was going to meet with Palin,  but as far as I can tell, it didn't happen.
UPDATE: Interesting that in a blog post at the Arizona Republic about Sarah Palin's choice of Arizona as a possible base for her campaign,  there is the following vagueness:

Arizona Gov. Jan Brewer, who spent the weekend vacationing in Alaska, said she didn't have any conversations with Palin about a possible Senate run while she was in town and that the topic never came up.

Note that the statements above imply that Brewer talked to Palin this weekend without actually stating it. If Brewer didn't meet Palin, the above statements would still be true. Clever! I still find it impossible to believe a Palin/Brewer meeting without photo-ops. 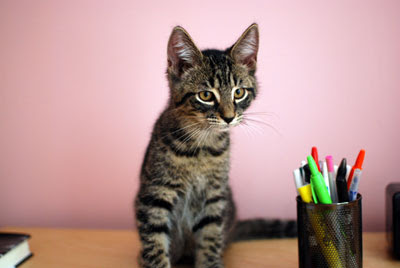 What could be more pathetic than a sitting governor schlepping all the way to Alaska
to kiss Sarah Palin's ring?

Getting all the way up there and then getting stiffed by Airhead McSimpleton!

Apropos of nothing, Jan Brewer reminds me of a lady that you would visit in a rest home, then leave shaking your head whispering "she used to be so sharp."
Except, Jan was never really that sharp. Remember This fiasco?

Posted by Professor Chaos at 7:46 PM No comments:

Kudlow is grateful that the human toll of the earthquake/tsunami will be much worse than the economic toll.


Of course, he's making a half-assed attempt to walk it back now:

(From TPM)
Kudlow tweeted his apology later on Friday:

I did not mean to say human toll in Japan less important than economic toll. Talking about markets. I flubbed the line. Sincere apology.

Because nothing makes your apology seem more sincere than not bothering to form complete sentences. Hey, I'm a busy man, if I'm gonna squeeze an apology into my hectic schedule, I gotta do it quickly! Sincere Apology! Luv Ya, Mean it!

Anyway, Larry, we know you didn't mean to say that. Because generally you're smart enough not to say things like that out loud. Usually, you're crafty enough to pretend to have a touch of human decency. But you definitely meant it. You just didn't mean to say it.  It's like when Mrs. Kudlow says "God I dread 'date night' with Larry!" she means it. She just didn't mean for you to hear it.

Of course, this is what the CNBC types, the Wall Street cheerleaders, the corporate apologists really think. That's why they celebrate whenever unemployment goes up, driving wages down. As long as the stock market has an uptick, they don't care about actual people actually suffering.

Honestly, it's unseemly to be discussing the economics of this disaster at all. What sort of a person sees that 10,000 lives are estimated lost and thinks "hmm, I'd better turn on CNBC and see how this will affect my portfolio?" What kind of a human being has that kind of reaction? How does someone like that look at  himself in the mirror and consider himself a human being? It's disgusting.
Posted by Professor Chaos at 6:06 PM No comments: