Posted by Professor Chaos at 6:30 PM No comments:

Because if this is what you have to say on any subject:

“And I guess deep down I really felt like either this is not going to happen for me or it is. You know what I mean? And if it is, it will. And if it’s not, it’s not going to.”

It's time to take your mouth off of auto-pilot.

Honestly, it almost doesn't even matter what subject she was on, she could have been talking about bagels or penguins or speedometers. As it happens, she was talking about in vitro fertilization, which actually does make it even worse. Because this ridiculous pull-quote was spoken in defense of this position:

Lopez told Elle magazine in their February issue that she decided to forgo in vitro fertilization treatments while trying to get pregnant herself. “I … believe in God and I have a lot of faith in that, so I just felt like you don’t mess with things like that,”

So you're trying to tell me that your kids were conceived naturally. You expect me to believe that Marc Anthony

had sex with a woman? Come on!

Seriously, though, if you're going to take a stand on an issue, you really ought to consider having a well-reasoned argument that doesn't meet both definitions of tautology: 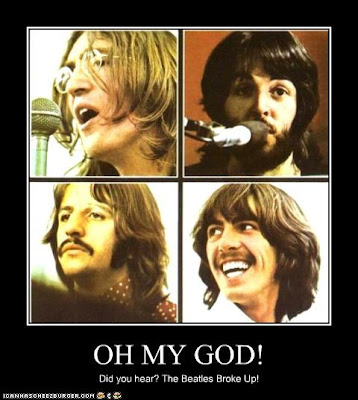 Posted by Professor Chaos at 5:53 PM No comments:

#1) Now that McGwire has admitted to taking illegal steroids and lying about it, even perjuring himself before Congress, will he be prosecuted? Or is that treatment reserved for Barry Bonds?

"The toughest thing is my wife, my parents, close friends have had no idea that I hid it from them all this time,"

#2) Really? He really thinks he HID his steroid use? Really?

This is how you look when you're hiding steroid use? Pretty sneaky, sis!

#3) Why was everyone willing to take McGwire's word for it all these years that he was not using steroids? Why was that courtesy extended to McGwire but not Bonds? (Not that Bonds deserved it either)

I know people will say it's because Barry Bonds is kind of a jerk, but it's not like McGwire is exactly a fun guy either. He has a well-earned reputation for surliness. But for some reason, the sports media decided that Mark McGwire was the all-American hero and Bonds was just some overpriveleged punk. I would hate to think that that was based on skin color, but I don't know what else to think.
Posted by Professor Chaos at 5:36 PM No comments: