Why does Rick Santorum still get to be involved with things?

At a press conference on Monday, Sen. Mike Lee (R-UT) joined former Sen. Rick Santorum (R-PA) and Michael Farris of the Home School Legal Defense Association to voice opposition to a United Nations treaty regarding the rights of people with disabilities.

Oh, oh, is Santorum opposed? Oh, well, that changes everything!
Nobody cares, Rick! No one cares what you oppose. You have been thoroughly rejected by the American people. You couldn't even win the Republican primary. The primary! The most extreme right-wing voters in all the land, the Republican primary voters, took a look at you and decided they'd rather back an empty suit that they openly despise than vote for you.
But just out of curiosity, why would you oppose rights of the disabled?

The three men said the Convention on the Rights of Persons with Disabilities (CRPD) would undermine parental rights and threaten U.S. sovereignty. 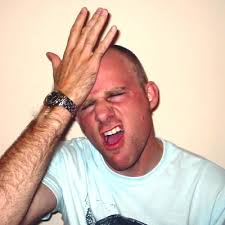 Of course, it involves the super-scary UN, so of course it undermines US sovereignty!
Some how.

How would it do that, again?

The former presidential candidate pronounced his “grave concerns” about the treaty, which forbids discrimination against people with AIDS, who are blind, who use wheelchairs and the like. “This is a direct assault on us,” he declared at a news conference.

Oh, well, a direct assault. Oh, that does sound bad. How exactly is this an assault?
I've been searching stories about this on the web for about 15 minutes now, and I can't find anywhere where Santorum explains what he means by the "direct assault" comment.

Santorum made an emotional appeal, even bringing his daughter Bella, who has a severe birth defect, to the Senate hearing room for the event. “There’s no benefit to the United States from passing it,” he said, as Bella wriggled in her mother’s arms. “But what it does is open up a Pandora’s box for the most vulnerable among us: children with disabilities.”

Ah, the  handicapped child as political prop! The Palin is strong in this one.

But why is Santorum being invited into the Senate hearing room anyway? He's not a Senator, and he says nothing worth hearing.

Who invited Rick Santorum? Who is giving this assclown a forum? The man has no credibility, he is clearly a nut, and a world-class prick to boot.

By the way, Mike Lee (R-Idiculous) claims to have 36 Senators signed up to oppose ratification which, if true, would mean that they could actually prevent the treaty from being ratified. So the US would again be embarrassed on the world stage by the right-wing nuts. Wonderful.

Also, just another aside, this treaty was originally signed by G.W. Bush and has the support of John McCain, and other Republicans as well as veterans' groups. But sure, Santorum, you glistening turd of a human being, let's go ahead and organize opposition to block it because you're afraid of black helicopters.
Posted by Professor Chaos at 8:30 PM 2 comments: