Alternate titles: The Face of Catatonia
The Queen of "Hungh?"
The Lunatic is in My Head.


And of course, of course the picture isn't flattering enough for the wingnutosphere. No picture would have been. I mean, granted, it's not the most flattering picture, but A: Try finding a picture of Bachmann in which she doesn't look baboon-ass crazy.  B: Shouldn't you just be glad that a publication is treating her as if she were a person of importance? and C: you don't really need to say anything about it, no one reads Newsweek anymore.
But no. No, instead you get the sadly predictable phony outrage, with headlines like this one in Slate:

Or this bit of tortured logic from one of Breitbart's idiotic websites:

When your premise is an unflattering photo (and if you don’t have them you’re a liar or Miranda Kerr) to sell your bias, you just might be a chauvinist.

Or you just might not be a good enough photographer to make Bachmann look like a sane person?
That was written by someone named Dana Loesch, who also crapped out this brain-diamond:

I don’t know about you, but when I want articles on women that read like bitter Summer’s Eve scripts, I turn to Newsweek. Under the editorial control of Tina Brown, the rice paper magazine barely struggles against its bias towards conservative women to view them with anything other than contempt.

Oooh, sorry. You were so close. What you meant to say was "bias against conservative women."
Also, the "Summer's Eve script" reference? I have no idea what that's supposed to mean,nor do I want to. Please, for the love of God, I don't want that line explained.
Then there's some site called "freedom's Lighthouse" that asks the question that everyone is thinking:

Of all the photos of GOP Rep. Michele Bachmann they could have used, this is what Newsweek has chosen to feature on their cover. Notice they call Bachmann,

“The Queen of Rage.”

Can anyone really say with a straight face that the Mainstream Media is not totally biased against conservatives?

You know they didn't have a lot to choose from, right? I mean, which picture of Bachmann would you have preferred? 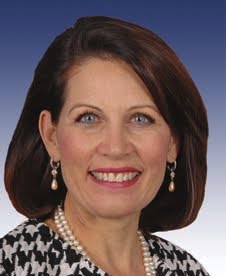 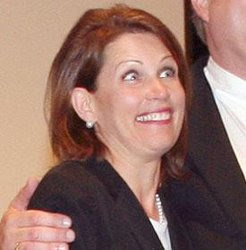 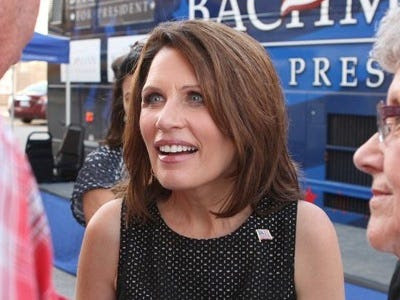 Seriously, do a google search and just see if you can find a picture of Michele Bachmann in which she doesn't look poo-throwing crazy, bag-of-doorknobs stupid, or both.
And after the horrible horrible things the righties have said a bout Hilary Clinton, Nancy Pelosi, et al, they really have some balls throwing around charges of sexism.
Posted by Professor Chaos at 8:53 PM No comments: