And these are elected officials.

Texas’ Abbott: ‘Drive around’ to look for dangerous chemicals

Um, why should we drive around looking for dangerous chemicals?

. . . because Texas Attorney General Greg Abbott (R), the frontrunner in this year’s gubernatorial race, declared that state records on dangerous chemical locations can be withheld from the public. The Texas Tribune reported yesterday on the state A.G.’s rationale. 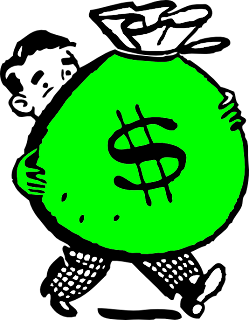 Republican Attorney General Greg Abbott, under fire for blocking public access to state records documenting the location of dangerous chemicals, said Texans still have a right to find out where the substances are stored.
As long as they know which companies to ask.
“You know where they are if you drive around,” Abbott told reporters Tuesday. “You can ask every facility whether or not they have chemicals or not. You can ask them if they do, and they can tell you, ‘Well we do have chemicals or we don’t have chemicals,’ and if they do, they tell which ones they have.”

Seriously, you want people to drive around to various companies, walk up to the gate, ask for the manager and ask him to reveal trade secrets to you? Seriously?

You're not getting past this guy.

I mean, sure, technically they could tell you. But they fucking won't. These companies won't even tell Congress what kinds of chemicals they use. Under subpoena! They just say "trade secrets, bitches!" and walk away laughing. You think they're going to give that information to Joe Citizen? You're a fucking idiot if you think theere's any chance of that happening.

Republican state Sen. Brandon Smith of Kentucky has a new theory on why climate change couldn’t possibly be slowly warming the earth’s temperature, resulting in legions of effects to the environment and its inhabitants.


Republican? Kentucky? Oh, you just know this is gonna be good!


“As you sit there in your chair with your data, we sit up here in ours with our data and our constituents and stuff behind us.


No. No, you don't get your own data. There is one set of data. And then there is a bunch of numbers made up by some shills on the Koch payroll. Also, might want to leave out the fact that in addition to phony data you also have "stuff" behind you.

But anyway, that's not even the stupid part.

This is the stupid part:

I don’t want to get into the debate about climate change, but I will simply point out that I think in academia we all agree that the temperature on Mars is exactly as it is here. Nobody will dispute that,” said the senator in a video posted by the weekly publication. “Yet there are no coal mines on Mars. There are no factories on Mars that I’m aware of.”

The temperature on Mars. The same as the Earth? You're serious?


And you say that "academia" is in agreement with you? Academia?

Sure, nobody will dispute that. Nobody who has the vaguest realization that Mars is quite a b it further from the Sun and therefore can not help but be considerably colder than Earth will dispute that. Or, to put it more succinctly, no one who ever took 5th grade science  class will dispute that, which kind of leaves out "academia."